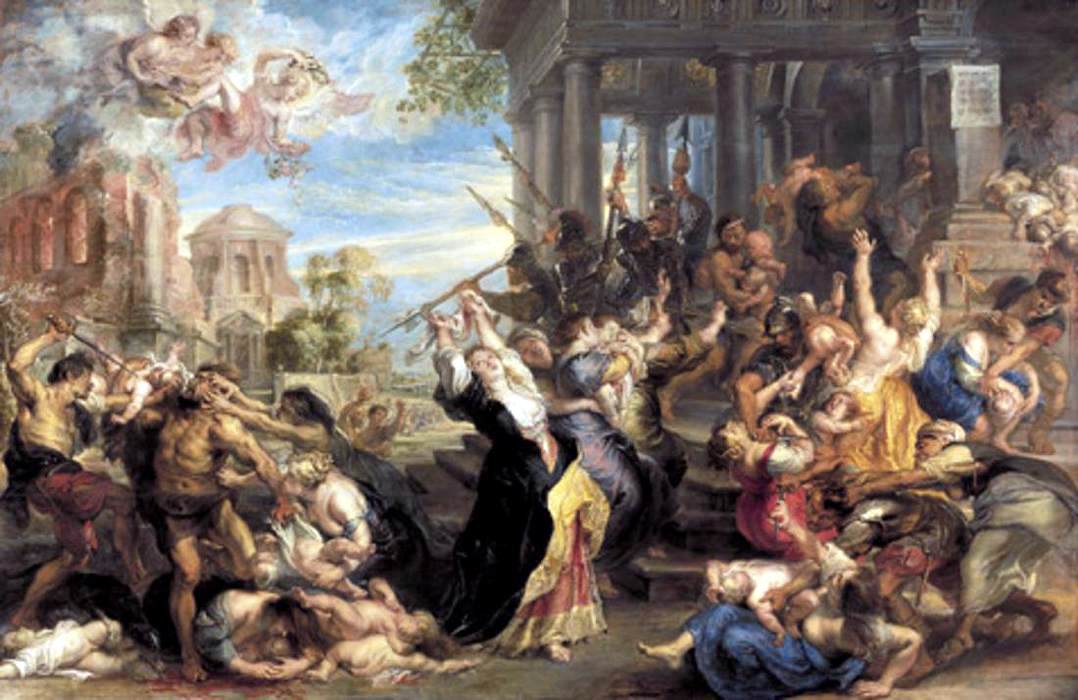 #DailyDevotion What Was Spoken By The Prophet Fulfilled

Matt. 216When Herod saw that the wise men had tricked him, he became very angry and sent men to kill all the boys in Bethlehem and in all the country around it, up to two years old, according to the exact time he had found out from the wise men. 17Then what was said through the prophet Jeremiah came true: 18A cry is heard in Rama! Weeping and bitter wailing: Rachel crying over her children and refusing to be comforted, because they are gone. 19But when Herod died, an angel of the Lord appeared to Joseph in Egypt in a dream 20and told him, “Get up, take the little Child and His mother, and go to the land of Israel. Those who tried to kill the little Child are dead.” 21Joseph got up, took the little Child and His mother, and came to the land of Israel. 22But when he heard, “Archelaus has succeeded his father Herod as king of Judea,” he was afraid to go back there. And being warned in a dream, he went to Galilee. 23He came and made his home in a town by the name of Nazareth. And so what was said through the prophets came true: “He will be called a Nazarene.”

The Word of God must be fulfilled. That is one of the themes of Matthew’s gospel. We saw how Jesus going to Egypt and returning from Egypt fulfills what the prophet Hosea spoke. Now with Herod’s actions another word of Jeremiah comes to pass, “A cry is heard in Rama! Weeping and bitter wailing: Rachel crying over her children and refusing to be comforted, because they are gone.” Herod in an attempt to preserve his power and hearing of a legitimate king born to the Jews in Bethlehem sends troops there to kill all the possible threats to his throne, all boys up to two years old, according to the words of the Magi as to when the star appeared. This is what also is fulfilled in Revelation 12:4 “Then the dragon stood in front of the woman who was going to have the Child, to devour her Child as soon as it was born.” Herod stands there as an agent for Satan, but his plan fails.

It is a sad state of affairs indeed that those who were not the threat to Herod were sacrificed as their Lord made his escape to Egypt. What mourning and sadness must have been there for not only in Bethlehem, a town belonging to the tribe of Judah, but as the text says “and in all the country around it” expanded into the territory of Benjamin as well. But Jeremiah’s text in chapter thirty one is not all doom and gloom. This is the low part of his word yet most of the chapter refers to the reestablishment of God’s people after this. Indeed his Church fills the whole world now on the day of our LORD Jesus Christ, his Church shall have dominion over it.

Now Herod dies and the holy family returns to the country of Judea and then to Galilee for the further protection of the child Jesus. He moves to Nazareth and according to some word of God he is to be called a Nazarene, which Jesus of course is during his life and after his ascension to the right hand of God. Now to be honest one has to dig real hard to find that and leaves many of us scratching our heads trying to find it. Most likely it refers to Isaiah 11 where the messiah is called the Branch, which in Hebrew is Netzar and from which Nazareth’s name is derived. Others have looked at those from that town were despised and so being called that fulfills what Isaiah spoke, “He would be despised.” In any case, God’s word through the prophets is fulfilled. If these words are fulfilled then so will be the word that says, John 1125“I am the Resurrection and the Life…Anyone who believes in Me will live even if he dies. 26Yes, anyone who lives and believes in Me will never die. Do you believe that?”

Lord God, heavenly Father as your word through the prophets was fulfilled in Jesus you son, so also fulfill the word he speaks to us that we may inherit eternal life in his name. Amen.