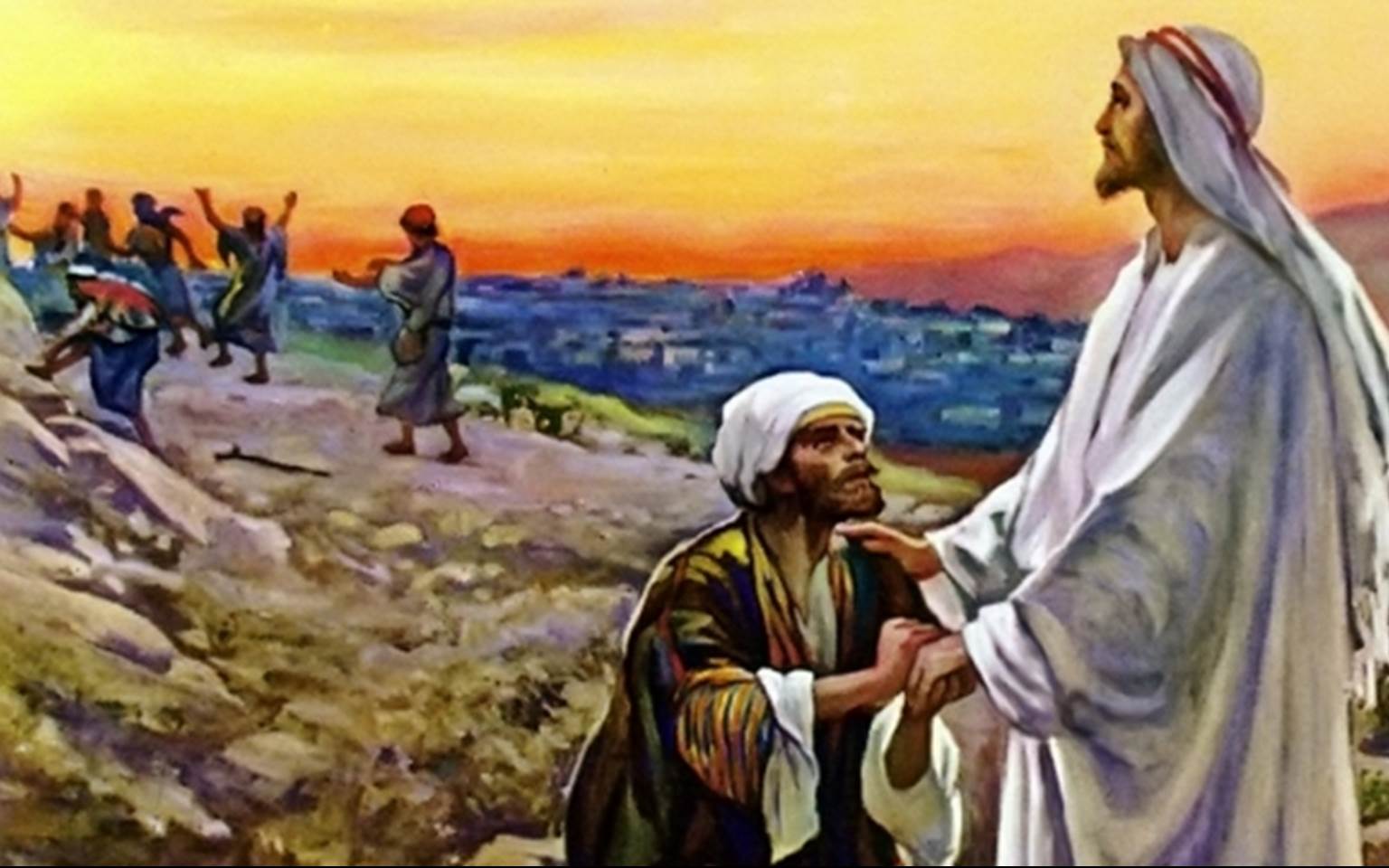 #DailyDevotion Jesus Is The God Who Has Mercy On Us

Luke 17110n His way to Jerusalem, Jesus traveled along the border between Samaria and Galilee. 12As He came to a village, ten lepers came toward Him. They stopped at a distance 13and called out, “Jesus, Master, have pity on us!” 14When He saw them, He told them, “Go and let the priests examine you.” And this is what happened: As they went, they were cleansed of their leprosy. 15One of them, seeing he was healed, turned back and loudly praised God. 16He bowed to the ground at His feet and thanked Him. And he was a Samaritan. 17“Weren’t there ten cleansed?” Jesus asked. “But the nine — where are they? 18Weren’t there any who came back to give God glory except this foreigner?” 19And He told him, “Get up and go! Your faith made you well.”

In the Gospels we have four groups of people crying out to Jesus for him to have pity on them. One was a couple of blind men, there was a Canaanite woman, a synagogue ruler and today we have the ten lepers. They all believed Jesus could do something to help them in their situations. In our liturgy, we join their chorus as we say, “Lord have mercy. Christ have mercy. Lord have mercy.” Hopefully we all say or sings these words with the fervent faith these people did.

Now when they cried out for our Lord to have mercy or pity on them, they just didn’t want Jesus to have a feeling for them; they wanted him to do something about their problem. On this particular day, Jesus show pity on the lepers. Now lepers were unclean, i.e. they were cutoff from other people; they were in particular cutoff from the liturgical life of Israel, the sacrifices for sin in particular and the festivals. They were so cut off from other people that in particular case the Jewish lepers and the Samaritan leper lived together for the company even though the two didn’t normally mix.

Now Jesus tells the lepers to go and show themselves to the priests. This is one of those times Jesus heals people in ways that are not expected. You might expect Jesus to say a prayer or say ‘be healed’. Like other times when Jesus heals, like when he rubs mud in the eyes of blind man, sticks his fingers in the ears and spits on the tongue of a deaf and mute man and says be open, Jesus just tells them to go to the priests. If a leper would happen to get cured, he had to show himself to the priests who would examine him and if he looked healed prescribed things to do to reenter the community. So it isn’t really surprising when the ten get healed, the nine Jewish lepers go to the priests as Jesus told them to do.

But the Samaritan, who is he going to go to? I’m told there is still a practicing Samaritan religion being practiced in Israel today. The Samaritans followed a modified Torah so they would have had priests he could have gone to show himself. But the Samaritan returns to Jesus giving glory to God falling at Jesus’ feet and giving him thanks. Jesus receives this glory and thanksgiving as he says, “Weren’t there any who came back to give God glory except this foreigner?” The Samaritan recognizes Jesus is the Lord even of the Samaritan Torah in the flesh. Jesus is the high priest of the Holy of Holies in heaven above who cleaned him of his leprosy. The man’s faith in Jesus has made him well.

The word “made well” in the Greek is the same word as “to save.” Just as Jesus cleansed the lepers and made them well, saved them, Jesus also, as our Lord and God heals us of our disease of sin: the sin that separates us from God and the sin that separates us from one another. Our sin which causes all our bodily ailments cures us bodily at resurrection. Occasionally we don’t even have to wait on the resurrection to be healed as we cry out to Jesus, “Lord have mercy!” Nevertheless, as we cry out to Jesus in faith he restores us to the body of Christ and makes us well, he saves us. Let’s glorify God and give him thanks in Jesus’ name.

Gracious God, heavenly Father, even as you healed the lepers who cried out for mercy to you Son Jesus Christ, heal us and do for us everything that is needful that we may we well, saved in the name of Jesus in who name we pray and cry out. Amen.