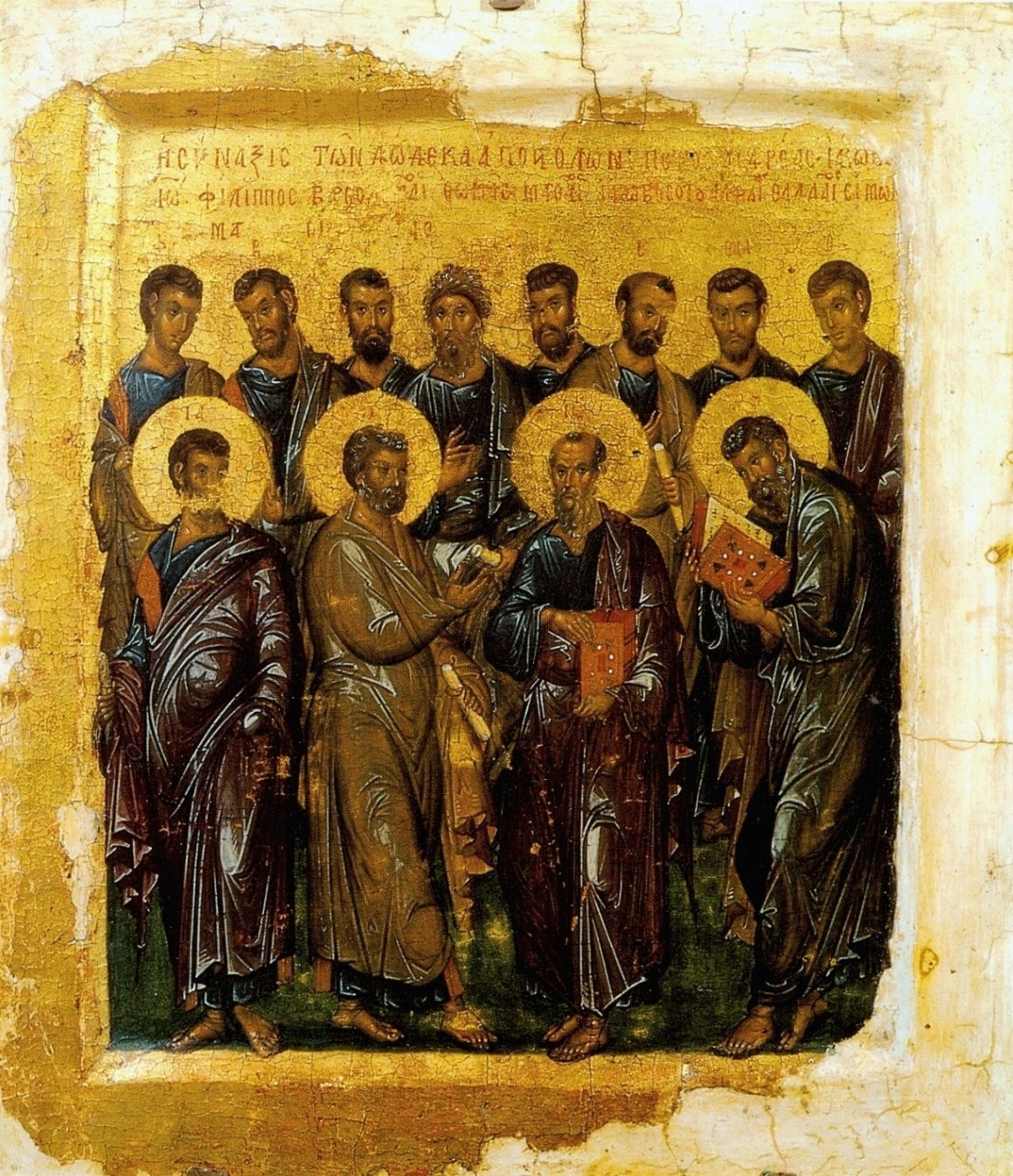 #DailyDevotion All Scripture Is Fulfilled In Jesus

Act 1:16-26  “Brothers, the Scripture had to be fulfilled, which the Holy Spirit spoke beforehand by the mouth of David concerning Judas, who became a guide to those who arrested Jesus.  (17)  For he was numbered among us and was allotted his share in this ministry.”  (18)  (Now this man acquired a field with the reward of his wickedness, and falling headlong he burst open in the middle and all his bowels gushed out.  (19)  And it became known to all the inhabitants of Jerusalem, so that the field was called in their own language Akeldama, that is, Field of Blood.)  (20)  “For it is written in the Book of Psalms, “‘May his camp become desolate, and let there be no one to dwell in it’; and “‘Let another take his office.’  (21)  So one of the men who have accompanied us during all the time that the Lord Jesus went in and out among us,  (22)  beginning from the baptism of John until the day when he was taken up from us—one of these men must become with us a witness to his resurrection.”  (23)  And they put forward two, Joseph called Barsabbas, who was also called Justus, and Matthias.  (24)  And they prayed and said, “You, Lord, who know the hearts of all, show which one of these two you have chosen  (25)  to take the place in this ministry and apostleship from which Judas turned aside to go to his own place.”  (26)  And they cast lots for them, and the lot fell on Matthias, and he was numbered with the eleven apostles.

First, God fulfills his promises and plans. He foretells the future through his prophets and then he brings it to pass. In this case, Peter, inspired by the Holy Spirit is able to see how these Scripture passages apply to Judas and then to what to do. To be honest I don’t know if I’d ever see it except Peter is being guided by the Holy Spirit.  Though if one were to meditate on Psalm 69 which is quoted one can begin to see this is speaking of Jesus’ suffering, death and resurrection much like Psalm 22. So we see a great key to understanding Scripture which Jesus himself gives us, it’s all about him. Once we can grasp that all of Scripture is about Jesus then things will begin to make more sense and you will start seeing Jesus everywhere in the Old Testament. Psalm 109 which is also quoted speaks of Jesus and of his betrayal by Judas. So if the Scriptures must be fulfilled we can take great comfort that either God has already fulfilled something said earlier in Scripture in Jesus or just as God has fulfilled other passages of Scripture in Jesus, he is going to fulfill anything else we may come across that has not been fulfilled yet, in Jesus. Nothing will be left undone.

Another thing we can take from this is Jesus, the Lord of the Harvest, is going to make sure there are always those who fill the office of the Holy Ministry. In this particular case, the office of apostle is filled by Matthias. The apostolic office is the head office of the Holy Ministry from whence all other offices in the Church get their source. The apostolic office or place, as we can see here, is meant to be filled by those who had seen the risen Lord Jesus and were taught him. Paul, after his conversion, saw the risen Lord and was taught by him in the wilderness after leaving Antioch. Those appointed by Jesus to be apostles are given the power to affirm his word with great signs and wonders.

The apostles are no longer with us though. The other gifts which derive from their office, which Paul mentions in Ephesians, evangelist, pastors and teachers, though this list is not exhaustive terminology (he also calls them bishops, deacons, presbyters) are gifts given to the Church from Jesus to continue the ministry of the word proclaimed by the apostles.

Heavenly Father, always continue the apostolic ministry among us through the gifts of Christ, so we may always have your saving word, unto life everlasting. In Jesus’ name we pray. Amen.