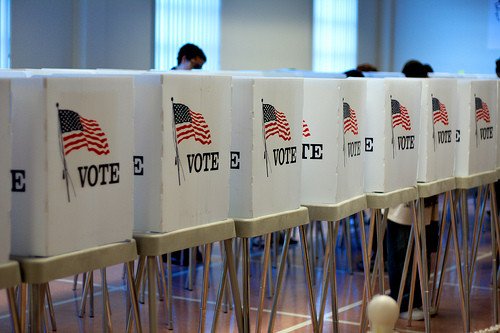 Micah 39 Please listen to this, leaders of the people of Jacob and rulers of Israel. You despise justice and twist everything that is right. 10You build Zion with blood and Jerusalem with wrong. 11Her leaders have to be bribed to give judgment, her priests teach for a price, Did you and her prophets make predictions for money. Yet they claim to depend on the LORD, saying, “Isn’t the Lord among us? Nothing bad will happen to us.” 12You are the reason; it is your fault Zion will be plowed like a field, Jerusalem will be ruins, and the temple hill will become a wooded hilltop.

Sometimes, especially close to political election seasons, some may think that the things the LORD condemned Israel for and Judah for were only because they were a theocracy. But the LORD condemned what the judges, princes and other rulers for immoral and unethical behavior as the political class. In this particular passage both Church and State are being condemned. The LORD does hold countries, the leaders of those countries and their inhabitants liable for their immoral and unethical political actions.

So in this passage we see the leaders of the people and rulers are condemned for despising justice and twisting everything that is right. They “build Zion with blood and Jerusalem with wrong.” Obviously they are breaking the covenant. The covenant had moral, ritual and civil laws in it. When the leaders of the people break the LORD’s covenant with immoral actions and did not rule according to the civil laws the LORD required of them in order to increase their power and wealth he is not pleased. Now it is true that many of these laws applied only to Israel but the principle of them apply to the nations as well. We can see one such condemnation that the leaders were accepting bribes to get favorable judgments in cases. But in our case the principle that the LORD is not pleased with is when leaders use power, influence, and wealth to make and enforce laws that favor one group of people over another, particularly those who are already economically disadvantaged.

But there was guilt among the Levites, who were the religious leaders, as well. They were teaching for a price. Now we’re not talking about getting paid to do work here. The Levites were to do their duties and receive their living from the gifts, offerings, and sacrifices offered by the people to the LORD. That was their inheritance. So to demand extra money was an abomination to the LORD. Not only that but the Levites and prophets were using divination not given by the LORD (the Israelites did have the Urim and Thummim [a form of divination] to get answers from the LORD) to make money.

They were all sinning with impunity thinking and saying, “Isn’t the Lord among us? Nothing bad will happen to us.” They were depending upon the LORD’s promise to take care of them completely forgetting the curses he gave in the Law for committing such actions. He most certainly promised them he would not be with them if they broke his covenant.

In similar fashion, we should not use the grace we have in Christ Jesus as immunity to sin willfully and intentionally thinking because we walk in grace we will not be condemned. Instead, with the grace given us in Christ Jesus we are to pursue peace, justice, love and to fight against all temptations to sin with the blood of Jesus.

Heavenly Father, give us good and just leaders who will rule according to you will and faithful teachers who teach Christ crucified for us. In Jesus’ name we pray. Amen.

Good Morning and Blessings for All Saints Day