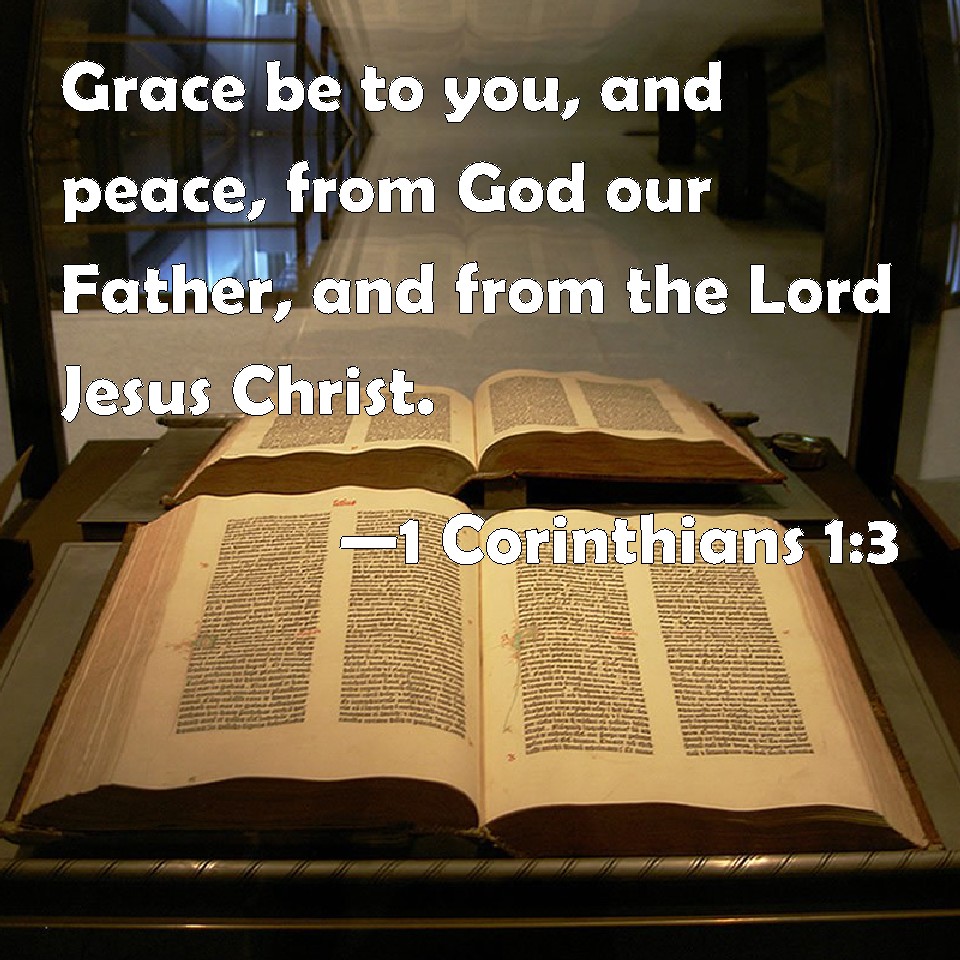 #DailyDevotion Your Congregation Has Been Blessed By God

1 Corinthians 13may God our Father and the Lord Jesus Christ give you grace and peace. 4“I am always thanking God for you because of His grace which was given to you in Christ Jesus. 5For in Him you have been made rich in every way, in speech and knowledge 6of every kind, as the truth of Christ we spoke was confirmed in you.7And so you don’t lack any gift as you eagerly look for our Lord Jesus Christ to appear again.

Some see this opening greeting as a mere formality following the formula for letters of the day. I’m sure they are correct to a point. Paul is following a formula but there is no ‘mere’ about it. When Paul wishes that God the Father and our LORD Jesus Christ give you grace and peace, he really means it. He is indeed blessing those who read and those who hears these words with grace and peace. Grace, God good, undeserved favor he wants the Corinthians to receive. Peace, that wholeness and fullness of all the bounties the LORD provides to the earth and the stillness of mind that only comes from knowing Jesus.

Would that all pastors give thanks to God for the congregations put under their care. We should remember Paul mostly wrote letters or we only kept the letters to those who were mainly having some sort of problem. The Corinthians were so bad we have two quite lengthy ones. On top of that Clement of Rome sent a couple also, mostly covering the same issues. Clement could have just written go back and read Paul’s letters to you. Nevertheless Paul thanks God for them because of the grace given them in Christ Jesus. We should thank God for our congregations similarly.

Verses 5, 6, and 7 pretty much set up the rest of Paul’s letter to them. For he will be going over with them how they are acting as if God had not given them grace and peace or he had not made them rich in every way, in speech and knowledge or if they were lacking and gift from God.

But God had enriched the Corinthian congregation in speech and knowledge of every kind. By this he means pastors who had the word of God, namely the Gospel of Jesus Christ. Knowledge of every kind is true knowledge of God and his Christ, who they are, what they have done, what was and is their attitude towards them and the world. Simply put God was in Christ Jesus reconciling the world to himself, not counting their trespasses against them because of his great love for the world.

Finally, he reminds them they don’t lack anything as they await Christ Jesus to return in glory, which a most important teaching. Jesus is coming back and when he does he is raising all the dead and giving eternal life to all who believed in him and eternal perdition to those who rejected him. As all this applies to the Corinthian congregations it applies to your congregation as well. You should believe it and live as if it were true, because it is.

Heavenly Father, grant us such faith that we believe you have bestowed upon us your grace and peace and have given our congregations every good gift that we need to live out our lives in you and in service to one another. In Jesus’ name we pray. Amen.