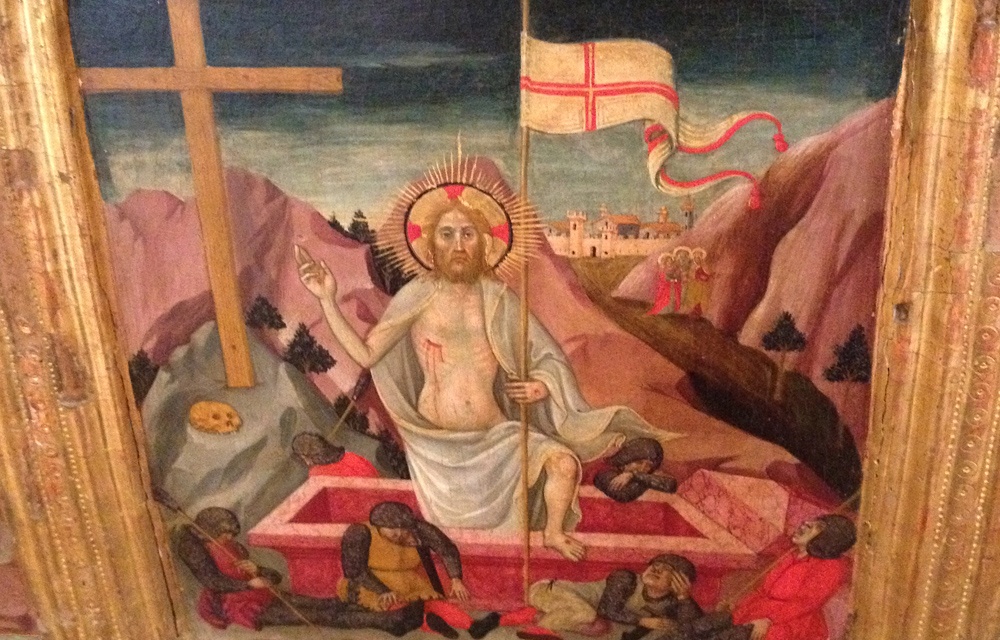 #DailyDevotion You Will Recognize Jesus By His Scars

Luke 24:36–43 36While they were talking about what had happened, Jesus stood among them. “Peace to you!” He said to them. 37They were startled and terrified and thought they were seeing a ghost. 38“Why are you troubled?” He asked them. “And why do doubts come into your minds? 39Look at My hands and My feet: it is I Myself. Touch Me and see. A ghost doesn’t have flesh and bones as you see I have.” 40As He said this, He showed them His hands and His feet. 41They were overcome with joy and amazement because they thought it was too good to be true. “Do you have anything here to eat?” He asked them. 42They gave Him a piece of broiled fish. 43He took it and ate it while they watched Him.

This appearance of Jesus in his resurrection occurs after he appears to Cleopus and another disciple. They had talked with Jesus and he had revealed himself in the breaking of the bread. They had run to the eleven to tell them what had happened. In the midst of their witnessing of what had happened or at least the disciples were talking about what Cleopus had just relayed to them, Jesus stands before them and says, “Peace to you!” “Shalom!”

At first they were terrified and thought they were seeing a ghost. After all, Jesus had died and the doors were locked. How could he be standing there? Oh, these doubting disciples! Jesus asks them why are they troubled and have doubts come into their minds. Jesus had been telling them this was going to happen since at least he was transfigured before the three. They didn’t want to hear it back them. The message of the cross was too much for them to bear at that time. They never really understood the resurrection, until now.

Jesus is truly risen. Jesus points to his hands and feet. Why? Because they have the nail holes from his crucifixion. It is him and not some spirit pretending to be him. He bids them to touch him to see he has flesh and bone and is not a ghost, a vision or demon. Jesus is truly raised from the dead bodily. He never sheds his body after his resurrection. He has ascended with it into heaven. He will return with it. It is important we fix this in our minds and in our children’s minds. There are a lot of false prophets out there claiming to have the spirit of Christ or be Jesus reincarnated. All Christians share in the Holy Spirit and the person of Jesus indwells us all. But that is not what these false prophets put forth. They claim to be Jesus himself. But where are the nail holes in their hands and feet? Where is the hole in their side? The scriptures say we will looked upon the one whom we have pierced. That is how we recognize it is Jesus. He was crucified with us and bears the scars. Jesus to overcome their doubts even eats a piece of fish to show he isn’t a phantom.

They were overcome with joy and amazement. We too should be filled with joy and amazement. If Jesus is risen, and he is, then he has overcome death and the grave./Our sin is atoned for. God’s wrath has been propitiated. What Jesus has experienced in rising from the dead we too will experience when he returns. His resurrection is the guarantee of our bodily resurrection. We are not reincarnated. With our own eyes and in our own flesh will we see our LORD Jesus Christ when he returns. All who believe this will be raised to everlasting life. Everyone who lives in unbelief will be raised to everlasting perdition.

Heavenly Father, you raised Jesus from the dead, having him overcome death and the grave for our benefit. Grant us faith in his resurrection so we too may experience the resurrection to eternal life at his revelation. In Jesus’ name we pray. Amen.