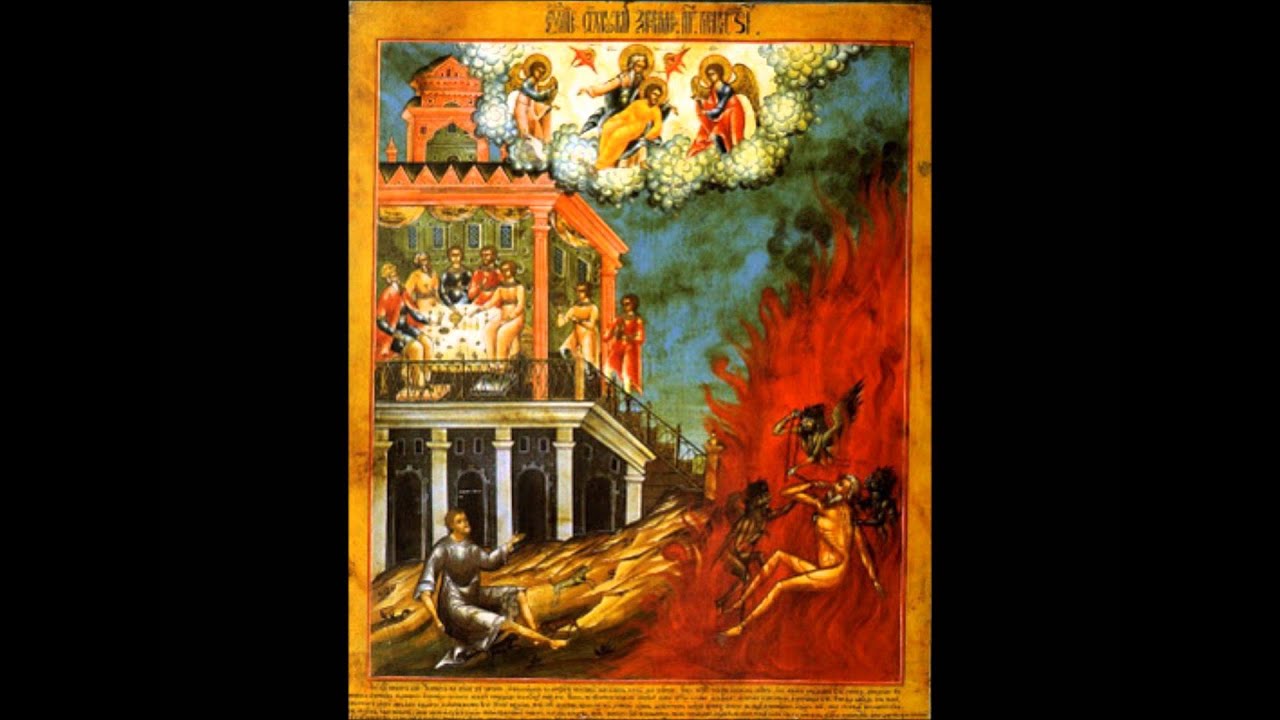 #DailyDevotion Whose Company Will You Be In?

Luke 1619“There was a rich man who dressed in purple and fine linen and lived in luxury every day. 20A beggar by the name of Lazarus was laid at his gate. He was covered with sores 2land longed to satisfy his hunger with anything that might fall from the rich man’s table. And the dogs would even come and lick his sores. 22“One day the beggar died, and the angels carried him to Abraham’s side. The rich man also died and was buried. 23Being tormented in hell, he looked up, and though far away, he saw Abraham, and Lazarus at his side. 24‘Father Abraham,’ he called, ‘have pity on me and send Lazarus to dip the tip of his finger in water and cool off my tongue, because I’m suffering in this fire.’ 25“But Abraham said, ‘Remember, son, you had your good things in your life, while Lazarus had his misery. Now he is comforted here, while you’re suffering. 26And besides all these things, there’s a wide chasm fixed between us and you, so that those who might want to cross from here over to you can’t do it, nor do any from there come over to us.’ 27” “Then I ask you, father,’ he said, ‘send him to my father’s home — 28I have five brothers — to warn them not to get into this place of torture.’ 29“ “They have Moses and the prophets,’ Abraham said. “They should listen to them.’ 30No, Father Abraham, he said, “but if someone comes to them from the dead, they’ll repent.’ 31“ ‘If they don’t listen to Moses and the prophets,’ he answered him, ‘they won’t be convinced even if someone rose from the dead.’”

As we read this parable and as we hear many different interpretations of the parable, some will take details from it to teach about the afterlife and what that is like. It’s certainly a logical place to go. Jesus takes two figures, the rich man and Lazarus, and places them in what appears to be where we go when we die. The rich man goes to a place of torment. It must be hot and have no relief with water. Just sucking on the tip of Lazarus’ finger that had been dipped in water would have been good enough for him. Lazarus in the meantime is relaxing in the bosom of Abraham where he receives comfort from his difficult life on earth. Lazarus cannot do what the rich man asked even if he wanted to because there is a chasm between the two places which the two parties cannot traverse.

Now is this what the intermediate life is like? Remember the resurrection has not taken place yet. It might be. Certainly after the resurrection and the judgment, those who did not trust the Lord Jesus Christ and did evil will be cast into the Lake of Fire, which is the second death where the worm doesn’t die and the fire never goes out.  Do the unfaithful go to a place similar to that before the Last Judgment? The elect of God when raised are given a new heavens and new earth to dwell with God and it will be Paradise again on Judgment Day. Will those who die in faith enter a similar place where they await the return of Christ? We know Jesus told the thief on the cross, “Today you will be with me in Paradise.” We know we die once and then there is the judgment. Perhaps what we should take away from this is we have this life and once we take our last breath, that is it, our fate is set. Are you living like today is the day you take your last breath? You could go at any moment or Christ could return any moment. Then, either way, your fate is set. Where will you go? Will you join the rich man or will you join Lazarus?

We are taught by Jesus, “No one comes to the Father except through me.” He also has told us, “This is eternal life, that you believe in the one the Father has sent.” That one whom the Father has sent is Jesus. He is the Lamb of God who died for the sins of the world. Those who believe this, who trust this, have passed from death to life. It appears from the parable the rich man did not trust in the Lord Jesus Christ. He trusted in his wealth as his standing before God or even as a god. Lazarus on the other hand trusted in the Lord Jesus Christ for his fate. He had nothing else to present to the Lord. Who or what do you trust when you stand before the Father of lights?

Heavenly Father, grant us such faith and trust in your son our Lord Jesus Christ, that we may pass from death to life in this world so we may not experience the second death on the Day of Judgment when Christ returns and may live his joy until that day comes. In Jesus’ name we pray. Amen.

What did you all come up wit?