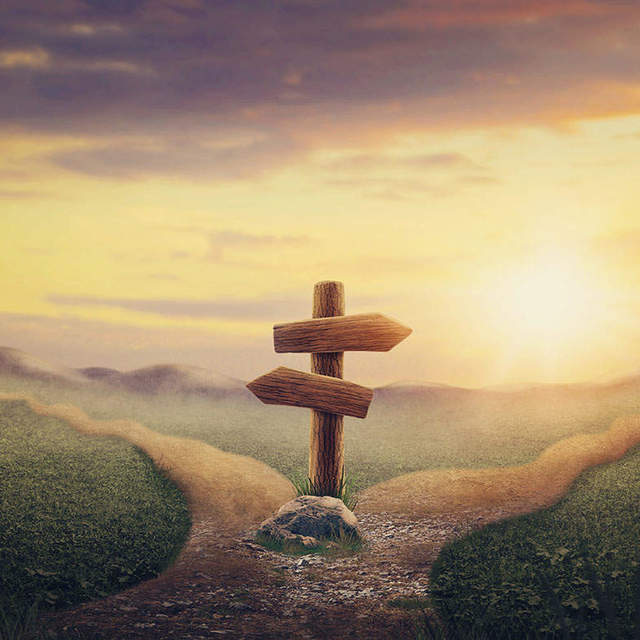 #DailyDevotion Which Would You Choose?

Deuteronomy 30: 15 “You see, today I put before you life and happiness, death and misery 16as I order you today to love the LORD your God, follow in His ways, and do what He says in His commandments, laws, and regulations. Then you will live and grow in number, and the LORD your God will bless you in the land you’re about to enter and take over. 17But if your hearts turn away and you won’t listen but are misled to worship other gods and serve them, 18I tell you today you’ll certainly perish and not live long in the land you’re crossing the Jordan to take over. 19I call on heaven and earth as witnesses against you today that I have put life and death before you, the blessing and the curse. Choose life, so that you and your descendants will live, 20by loving the LORD your God, obeying Him, and being loyal to Him, because that means life to you, a long life in the land the LORD swore to give your fathers, Abraham, Isaac, and Jacob.”

Well it’s not like the LORD didn’t give ancient Israel a choice. Their initial salvation from Egypt, the land of misery wasn’t a choice. He sent Moses and through Moses the LORD delivered the Israelites from bondage and slavery. The Lord had spoken the words of the covenant he was making with the Israelites on Mt. Sinai. They had seen all of his wonders. Now a generation of them had died off because of disbelief and disobedience and a new generation had grown up. Some may have been mere infants when all this occurred, but still forty years of being with the LORD in the wilderness there was still plenty of miracles and wonders to be seen, in particularly watching the pillar of cloud by day and fire by night move when it was time to pick up the tents.

But now the LORD has retold this new generation the covenant with all of it laws, precepts, commandments and regulations. They were going to be going into the land He had promised them. If they were going to live well, be blessed in all they did, live long and be a light to the nations surrounding them, then they would have to live according to the words of this covenant.

To these his people He now puts for a choice of life and happiness, death and misery. I think I know which one I’d choose and you as well. Now He orders them to love the LORD their God, follow his ways and do what he says. If they do that, they’ll be happy and have life. If instead they choose to love other gods, the gods of their neighbors and follow in their ways, well death and misery will be their lot in life. The LORD even calls forth creation, heaven and earth, to be a witness to his promise and his curse. God will carry out either one depending upon the Israelites choices in their lives. But the LORD does encourage them to choose life, obey him, be loyal to him so they can have a long and prosperous life in the land he is giving to them.

Well we know what happens. Over and over and over again, the Israelites choose death and misery. There is always a remnant that chooses to be loyal to him and love him. There is even a line of succession of generations that is not loyal to him but the LORD had foretold that through that line the messiah would come, Judah, then David. The LORD himself would join their flesh and be born of their seed. He would become Jesus of Nazareth, the king of the Jews according to the flesh and the King of Israel according to his divine nature.

Now Jesus will be the one Israelite who would be loyal to the Father, love him, fulfill all the commandments, laws, and regulations. He would stand in Israel’s place and do for Israel and for the world all that is necessary for us and them to enter the Promised Land, the New Heavens and New Earth, the New Jerusalem and the Heavenly Temple. He chose life and happiness and is the Life of God. He would become the sacrifices necessary to atone for the sins of the world, to redeem us and to ransom us, all people everywhere. Now he offers this to you if you would believe it, life eternal.

Heavenly Father, grant us your Holy Spirit that we may believe all that Jesus has done for us and that our daily lives may be conformed to your will and we do your will now and enter eternal life in the world to come. In Jesus’ name we pray. Amen.