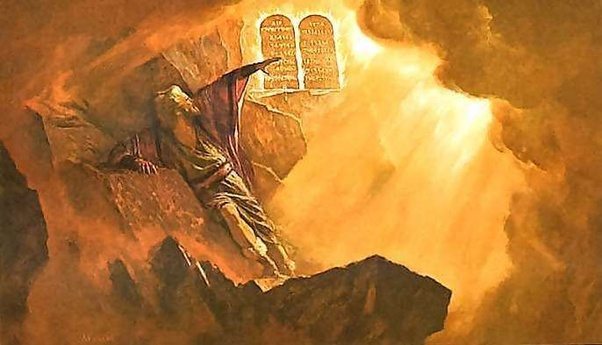 #DailyDevotion What’s Our Relationship To YHWH, To God?

Exodus 20:1–17 God spoke all the following words: 2“I am the LORD your God, Who brought you out of Egypt, where you were slaves. 3Do not have any other gods besides Me. 4Do not make an idol for yourself or any likeness of anything in heaven above, on the earth beneath, or in the water below. 5Do not worship or serve them, because I the LORD your God am a jealous God. 6I punish the children for their fathers’ sins, if they hate Me, to the third and fourth generation, but I am kind to thousands of those who love Me and do what I order. 7“Do not misuse the name of the LORD your God, because the LORD will not let anyone who misuses His name go unpunished. 8“Remember to keep the Sabbath day [rest day) holy. 9Six days you should labor and do all your work, 10but on the seventh, the rest day of the LORD your God, do not do any work — you, your son, daughter, male or female slave, your cattle, and your foreigner who is within your gates. 11In six days the LORD made the heavens and the earth, the sea, and everything in them, and on the seventh day He rested. This is why the LORD blessed the rest day and made it holy.

YHWH, the LORD, the God of Israel, has entered into a covenant with his people Israel, whom he just rescued from the hands of the Egyptians. The people themselves heard the LORD speak all these words to them and they were terrified. Of course the LORD was trying to implant his fear into the them, little good that did in the next few chapters. The beginning of this covenant with Israel begins with the Gospel words, “I am the LORD your God, Who brought you out of Egypt, where you were slaves.” They had seen all the LORD had done to the Egyptians to have Pharaoh release them. They had seen how the LORD parted the waters for them and how he drowned the Egyptians in the same water. The God speaking to them now is that very same merciful and kind God.

Based on who God is and what he had done for them, the following ten words were given to the Israelites. Now they are not numbered by God. Ten isn’t even the number of imperatives in the text. But ten is the complete and full number of what God wants of his people. And in this complete Law or Instruction (Torah) the first part deals with how the Israelites are to relate to the LORD.

So they are not to have any other gods before the LORD, nor to make any object to worship as a god or even the LORD. They are not to misuse the LORD’s name. They and everyone and everything they own are to rest on the Sabbath day. They couldn’t see the LORD so they couldn’t represent him properly nor did the LORD want them to think a block of wood was doing his work. God did want his name used in preaching, taking oaths and upholding good. The Sabbath rest was for them.

Now we are not the nation of Israel. The LORD has rescued us from sin, death and the devil. He has given us this command: We are to trust in the one whom God has sent, Jesus Christ, his Son, the LORD and worship him only. We are to rest from our evil works and trust in his work on our behalf. His name we boast and use to address the Father, make petitions and intercessions, give thanksgiving and praise.

Heavenly Father, grant us faith and your Holy Spirit, that we may come to you only through the name of your Son, Jesus Christ, trust in his work on our behalf, and worship only you, Father, Son and Holy Spirit. In Jesus’ name we pray. Amen.