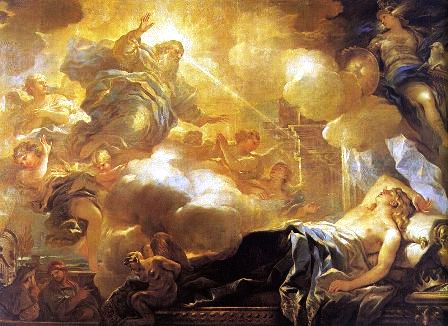 #DailyDevotion What Would You Ask For?

1 Kings 34The king also went to Gibeon to sacrifice there, for the great high place was there. Solomon offered 1,000 burnt offerings on that altar. 5In Gibeon the LORD appeared to Solomon in a dream at night. “Ask what I should give you,” God said. 6“You have been very kind to Your servant David, my father,” Solomon answered, “as he lived before you sincerely, righteously, and with a heart that was right with You. And You have continued to be very kind to him by giving him a son to sit on his throne now. 7And now, LORD my God, You have made Your servant king instead of my father David, although I am a young man and don’t know how to be a ruler. 8And Your servant is among Your people whom You chose, a great people, too many to be counted or recorded. 9Give Your servant a heart that knows how to obey so that I can be a judge of this vast people of Yours and tell what is good and bad. For who is able to judge this people of Yours that is so great?”

Solomon was made king after his father David. Now Solomon had not yet built a temple for the LORD though David had made many preparations for the Temple to be made. So Solomon in fear and faith of the LORD went to offer up sacrifices unto the LORD his God at Gibeon. While he was there, the LORD appeared to Solomon in a dream. The LORD presented Solomon with decree, “Ask what I should give you.” Now I don’t know about you but growing with stories like Alladin or the Imp in a Bottle, I’ve often wondered what would I ask for if I were to ask for anything I wanted. Rarely are my thoughts as pious as Solomon’s.

When presented with this opportunity from the LORD, Solomon recounts all that the LORD had done for his father David. He acknowledges that the LORD is the one of who placed him on the throne. In his great humility, Solomon admits that he doesn’t know how to rule this great people. Solomon demonstrates some wisdom in recognizing this and he asked the LORD, “Give Your servant a heart that knows how to obey so that I can be a judge of this vast people of Yours and tell what is good and bad.”

Now the LORD will give Solomon these things. But even more so, Solomon stands here in the place for Jesus who is the LORD, the King of Peace, who according to the flesh descends from Solomon. Solomon asks the LORD for a heart that knows how to obey. Jesus being tempted in the wilderness by the devil and being tempted in every way, just like us, obeys the commands of the Father above. Jesus, as we see in the Gospels doesn’t judge people only according to what the eyes can see. Jesus can look into the heart of men and judge what is on their hearts so he can make right judgments when he judges. When confronted by the Pharisees, Scribes and the Sadducees, Jesus is able to see through their schemes and do what is just and right in the sight of God.

Like Solomon who was given rule over such a great people, Jesus has been given rule over his people the Church. Unlike Solomon who was given wisdom to rule, Jesus himself is the Wisdom and Knowledge of God. He rules his people from the right hand of God. While Solomon ruled from the Wadi of Egypt to the Great River, Jesus rules over all creation, ordering all things to bring about his visible rule at the end of time, ushering in the age of Peace and Righteousness.

O Wise and Merciful Father, even as you made Solomon king over your people Israel, you sent your Son Jesus Christ to rule over your Church. Grant us faith in Jesus they he may reign over our hearts. In Jesus’ name we pray. Amen.