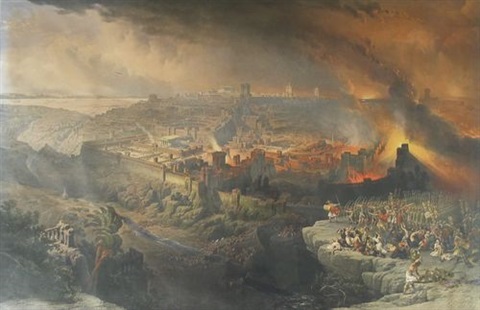 #DailyDevotion What Will You Do When You Meet God’s Son?

Matt. 2133“Listen to another parable: “A man who owned property planted a vineyard. He put a wall around it, cut a winepress into the rock, and built a watchtower. Then he rented it out to workers and left home. 34“When the grapes were getting ripe, he sent his servants to the workers to get his share of the grapes. 35The workers took his servants and beat one, killed another, and stoned a third. 36Then he sent other servants, this time a larger number, and they treated these the same way. 37“Finally he sent his son to them, saying, “They will respect my son. 38“When the workers saw the son, they said to one another, “This is the heir. Come, let’s kill him and get his inheritance.’ 39So they took him, threw him out of the vineyard, and killed him. 40“Now, when the owner of the vineyard comes, what will he do to those workers?” 41They said to Him, “He will have those scoundrels die a miserable death and rent out the vineyard to other workers who will bring him the grapes when they’re ripe.”

Related to but not exactly the same as Isaiah chapter five, Jesus recalls Israel as being a vineyard of the LORD. However, there is a twist. Israel is not producing wild grapes. The produce it is producing is fine. But those tending the vineyard are refusing to the give the owner of the vineyard his fair share of the produce. We see here the owner of the vineyard like in Isaiah does everything that is necessary to make a good vineyard with good wine grapes. Shoot, this time it works. He rents it out to workers. These guys do what they are supposed to do yet they get this fancy that the vineyard is really theirs. When the owner sends his servants to get the fruit that is owed him they beat up the servants, abuse them and kill them. He even sends his son and they kill him thinking probably if the son is there, the owner must be dead and they can take the vineyard as the inheritance. But they throw him out and kill him. The only reasonable conclusion the ruling priests and elders can give is the owner will have those workers die a miserable death.

Now again Israel and Judah are the vineyard. The owner is the LORD. The workers who lease out the vineyard are the rulers of Israel and Judah, i.e. the kings, the priests, the elders and the prophets. Throughout Israel’s history the kings, priests, elders and prophets often led Israel astray. The Lord sent prophets to call them back and to himself. These were abused and sometimes killed. In the later days, LORD sent John the Baptist and these who should have listened rejected him. Finally, the LORD sent his only begotten Son Jesus Christ to them to call them to the way of the LORD. But they were jealous of him.. They could have joined Jesus and be set in positions of leadership and power by him. They thought the people belonged to them. So they too tossed Jesus outside the city to crucify and kill him.

What did God the Father do to these men who did not repent, who led the Jews astray to keep them from Jesus the Son of Man and from having them enter his kingdom? He sent the Romans to destroy them, their city and everyone who did not believe the Apostles’ message of good news, a free gift of a baptism of repentance and forgiveness of their sins in Jesus’ name. Many of their leaders still reject Jesus and prevent those who are due the Father in Jesus’ name. Their end will be no better. Jesus is the Son whom the Father has sent. Jesus is the one whom God has given to redeem us, you from your sins and to have to enter his kingdom. Will you let anyone prevent you from receiving it?

Heavenly Father, grant Israel’s leaders repentance so they too may enter the kingdom of your Son and grant us faith always to trust in your Son Jesus Christ so we may inherit his kingdom. In Jesus’ name we pray. Amen.

Thank you for this daily message! Blessings