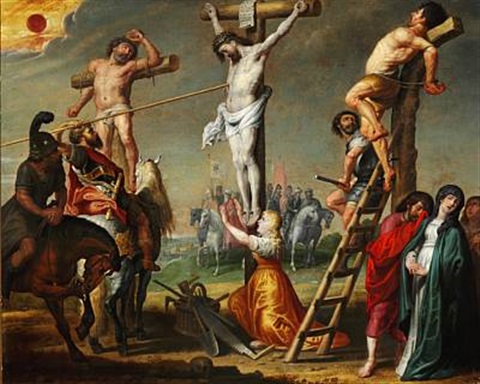 #DailyDevotion What Sort Of Messiah Are You Looking For?

Matt. 1621After this, Jesus Christ kept pointing out to His disciples He had to go to Jerusalem, suffer much from the elders, ruling priests, and Bible scholars, be killed, and then on the third day rise. 22But Peter took Him aside and started to correct Him, “God be merciful to You, Lord! This must never happen to You!” 23Turning, He said to Peter, “Get behind Me, Satan! You’re tempting Me, because you’re not thinking what God thinks but what men think.”

So Jesus kept pointing out to them what sort of Messiah the bible said would come. He taught them that he would have to go to Jerusalem, suffer, be killed and third day rise from the dead. So we see from Genesis chapter 3 that Messiah, the promised woman’s seed would have his heal struck by the serpent. We see from Abraham offering his only begotten son, Isaac, on Mt. Moriah that God’s only begotten son would be offered as a sacrifice to the LORD on that same spot, i.e. Jerusalem. From Psalm 118 we see the rulers, the priests, i.e. the builders would reject Jesus as the Messiah. From Psalm 22 we see what sort of suffering the Messiah would have to endure. From Isaiah 53 we see how the suffering of the Messiah would win eternal salvation for all people. Psalm 16 and the book of Jonah teaches us the Messiah will rise again from the dead. Psalm 110 teaches us the Messiah will sit at the right hand of God in majesty, honor, glory and might. Daniel 7 teaches us after the Messiah’s ascension he will return in glory to raise the day and give judgment to the people of the earth.

This understanding of the Messiah was too much for Peter. He seems like many other Jews that the Messiah should simply knock the heads of all of Israel’s temporal enemies and establish an earthly kingdom like that of the Egyptians, Assyrians, Babylonians, the Greeks and the Romans. That is the thinking of Satan and the world. “God be merciful to You, Lord! This must never happen to You!” Peter cries out! Satan is trying to tempt Jesus again to receive the kingdoms of this world in a way which would leave the Devil still in power. Satan tempted Jesus like this in the wilderness after his baptism. Setting a mere worldly kingdom is not what Jesus was sent for nor is it one that he wants.

Jesus has come to overcome Satan. He has come to win the hearts and souls of men and to put down the rule of Satan over his creation. Jesus has come to overcome death and the grave and to give eternal life to men in a world still cursed by the sin of Adam. Jesus came to save you from your sin, to deliver you from the power of death and the Devil. He came to give you eternal life by taking your sin and death into his own flesh, nailing it to the cross and burying it in the grave never to be seen again. What sort of Messiah do you want? One that merely knocks men on the head and gets them in line or one who overcomes death and the grave and lets you reign over creation with him at the right hand of God? Think like God thinks.

Heavenly Father, open our hearts and minds to receive the Messiah you have chosen to give us, a crucified and risen Messiah, so we too like him may rise from the dead and reign with him. In Jesus name we pray. Amen.