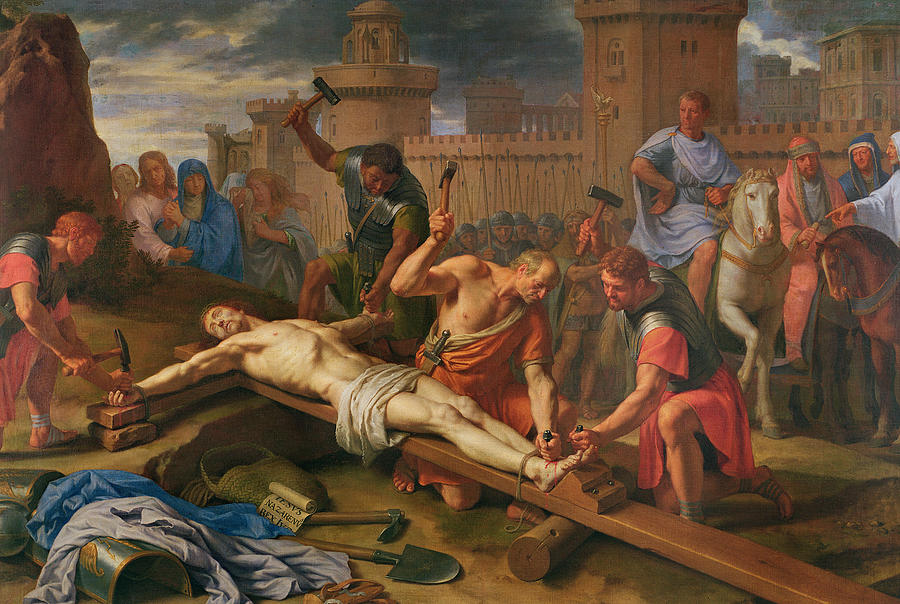 #DailyDevotion We Preach Nothing But A Crucified Messiah, Jesus Christ

1 Cor. 1:18The message of the cross is something foolish to those who perish, but it is God’s power to us who are saved…22Now that Jews ask for miraculous signs and Greeks look for wisdom, 23we preach a crucified Christ. The Jews stumble over Him, the Greeks think He’s something foolish, 24but to those who are called, both Jews and Greeks, He is Christ, God’s power and God’s wisdom. 25God’s foolishness is wiser than men’s wisdom, and God’s weakness is stronger than men’s strength… 30He gave you your life in Christ Jesus, Whom God made our wisdom, righteousness, holiness, and ransom from sin, 31so that it may be as the Bible says: “Let the one who boasts, boast in the Lord.”

Paul says here the message of the cross is something foolish to those who perish and that we preach a crucified Christ. In Galatians he also writes, 6:14 “May I never boast of anything but the cross of our Lord Jesus Christ, by Whom the world is crucified to me and I to the world.” Indeed the Cross is foolish to the world and a scandal to the Jews. Why even among people who call themselves Christians they say, “The infinite cannot be contained by the finite.” Yet God has taken on human flesh. Well maybe to the Greeks that wouldn’t be too foolish, Zeus supposedly had taken on many forms to seduce women. But this God who had taken on human flesh went and died on a cross, the lowest form of execution for the day. Paul says in Philipians concerning Jesus, 28“and was seen to have the ways of a man. He became obedient and humbled Himself until He died, yes, died on a cross.” It’s kind of crazy that God would humble himself to die and die on a cross. Why doesn’t he just wipe out all the bad people? Well he did that once with Noah’s flood. You see, we’re all bad people. You’re not as good as you think you are.

We glory in the cross of Jesus because he, Col 2:14“wiped out the Law’s demands that were against us and took them out of the way by nailing them to the cross.” That Law which Peter tells us even the most pious of Jews never kept is nailed to the cross taking them out of the way so we may know the grace, mercy, kindness and love of God in Christ Jesus. The Law cannot accuse us any longer when we have faith in Christ and trust his all saving work on the cross. You see, Heb 12:2 “For the joy that was set before Him He endured the cross, thinking nothing of its shame, and sat down at the right hand of God’s throne.” That joy was saving you and make peace between you and God and you and your fellows.

Heavenly Father, may we take great joy in the cross of Christ and may its message always be on our lips so others by the power of that message also rejoice in faith in the cross of Jesus Christ to eternal life. In Jesus’ name we pray. Amen.