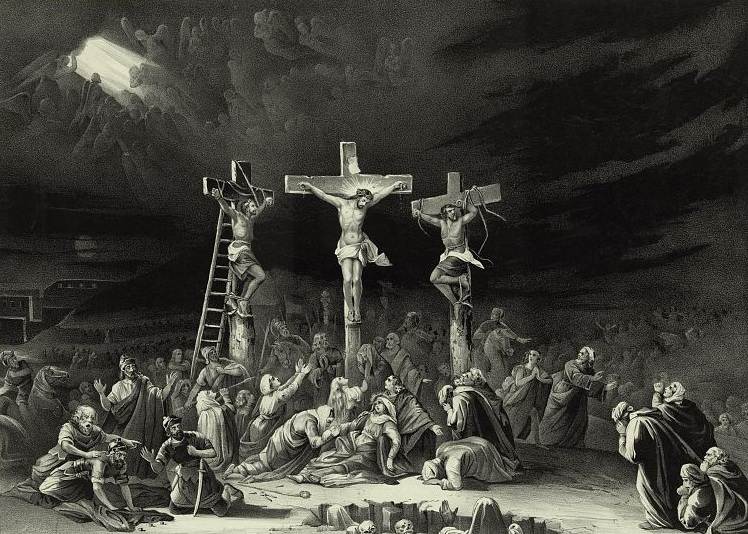 Philippians 25Think just as Christ Jesus thought: 6Although He was God, He did not consider His being equal with God as a prize to be displayed, 7but He emptied Himself, made Himself a slave, became like other human beings, 8and was seen to have the ways of a man. He became obedient and humbled Himself until He died, yes, died on a cross.

This might be a little hard for us, no rather impossible for us apart from the Holy Spirit. Paul directs the Philippians to think as Christ Jesus thought. Now you have to remember who these people were. Philippi was basically a Roman soldier retirement community. These were men with their families who earned their Roman citizenship by fighting for one of the best trained fighting forces in the world at that time: think US Marines, Special Forces, the whole blessed US Military of today. These were not people who normally would be thinking as Christ thought.

And how did Christ think? “6Although He was God, He did not consider His being equal with God as a prize to be displayed.” Now here is one of the most clear passages of Scripture that Jesus is God. It is so clear that some ‘scholars’ don’t believe it was original to Paul—people who think the teaching of Jesus’ divinity is some late church development. This blown out of the water by the fact that Paul seems to be quoting some early Christian hymn here in verses 6-8 which means it is even earlier than Paul’s writing. Jesus is God. Yet in his thinking he did not during his visible ministry think it something to be displayed. In fact, Jesus in his speaking always referred back to the Father when discussing his power while still claiming a unity with the Father. Only on the mount of Transfiguration did Jesus display his glory.

How did Jesus think? Paul says, “7but He emptied Himself, made Himself a slave, became like other human beings,…” Not something an ancient Roman soldier would do for sure. If he had power he would use it and display it. Jesus however did not come to rule during his earthly ministry but to serve; indeed he became the servant of all. He didn’t magically grow up like some alien implanted kid in the movies. He took nine months to come out of the womb. He grew up and learned like other kids. He submitted himself to the authority of Joseph and Mary. All this he did while actually being their Maker. Jesus even submitted himself to earthly authorities.

How did Jesus think? “He became obedient and humbled Himself until He died, yes, died on a cross.” Jesus was obedient to God the Father. He humbled himself to God the Father. This Jesus did to the point of death even death on the cross. Yes, he prayed if there was another way to save everyone let’s do it he also said, “not my will but yours be done.” Death by crucifixion was the lowest of the low in Jesus’ day. Jesus, although he was God, and is God, submitted himself to death on a cross. The One who was exalted on high went to the lowest depths to save us. He humbled himself to save all humanity, to save you.

If Jesus, who is God, would humble himself in this way to save his enemies from eternal death, in particularly you, how should you act? How should you think? By the power of the Holy Spirit, through faith in Christ, you are to think of others having greater honor than yourself. You should think about how you can be of service to other people, particularly your enemies.

Almighty God and Father, you son Jesus Christ humbled himself to save us. Grant us such humility that we may be of service to our fellows. In Jesus’ name we pray. Amen.