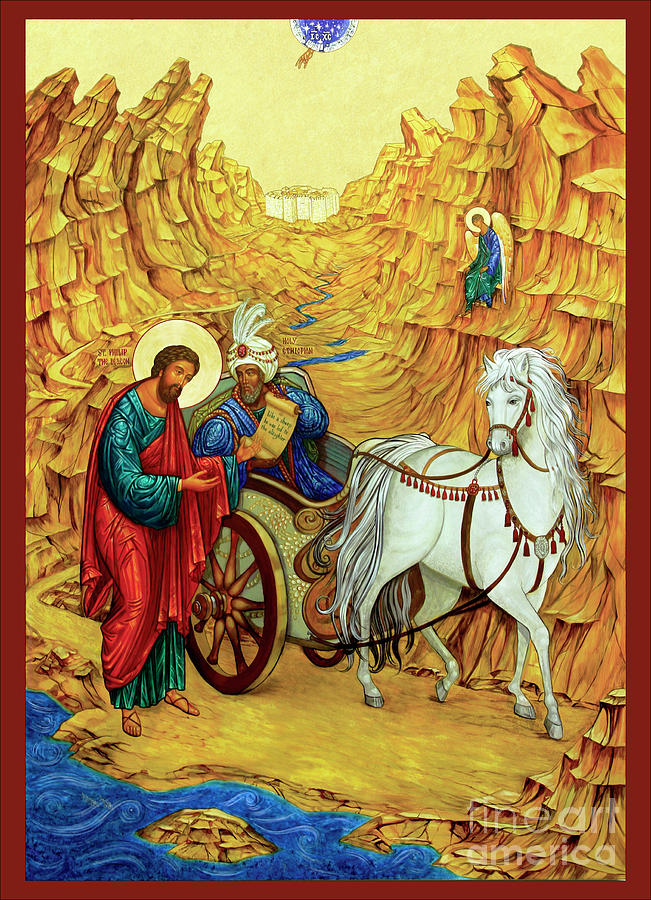 #DailyDevotion The Spirit Grows The Church Through The Gospel

Acts 8:26–40 26An angel of the Lord said to Philip, “Get up and go south to the road going from Jerusalem down to Gaza.” It is a deserted road. 27He got up and went. Here there was a man from Ethiopia, a eunuch and high official of Candace, queen of the Ethiopians, in charge of all her treasures. He had come to Jerusalem to worship 28and was on his way home, sitting in his chariot and reading the prophet Isaiah. 29The Spirit said to Philip, “Go over to that chariot and keep close to it.”

30Philip ran up to it and there heard him reading the prophet Isaiah. “Do you understand what you’re reading?” he asked. 31“Why, how can I without someone to guide me?” he asked, and he urged Philip to come up and sit with him. 32This was the part of the Bible he was reading: He will be led away like a sheep to be slaughtered, and as a lamb is dumb before the man who cut off her wool, so He will not open His mouth. 33 When He humbles Himself, His condemnation will be taken away. Who will describe the people of His time? His life will be cut off from the earth. 34“I ask you,” the eunuch said to Philip, “about whom is the prophet talking — himself or someone else?” 35 Then Philip spoke. Starting with this statement of the Bible, he told him the good news of Jesus.

There is often debate as to whether or not the seven deacons set aside to wait tables so the apostles had more time to pray, preach and teach were ordained or not. C. F. W. Walther, the first president of my church body, (the LCMS) in his book on Church & Ministry in one section of the book treats them as not being ordained and in another section of his book treats them as being ordained. I generally like to remember the Bible doesn’t tell us everything (like how many children Adam and Eve actually had). But it does appear the seven at some point in time, based on their actions after being set apart for service, are doing the works of the office of the ministry and so they must have been ordained. If not at the point of their being set aside, at some other point in time not revealed to us in Scripture.

In any case we see Philip here being prompted by the Holy Spirit to speak to the Ethiopian eunuch. Which brings up another thing, the eunuch was returning to Ethiopia after worshipping in Jerusalem. He was probably there fulfilling the Mosaic Law to worship there on Passover and the Feasts of Weeks. He was a Jewish believer. Ethiopia had a large population of believers in the LORD (YHWH). Some believe they became that way after Solomon had instructed the Queen of Ethiopia during one of her visits. Others believe there were Jewish populations who moved there during the exile and mixed in with the population. In any case, he had been instructed in the Law of Moses and was a believing Jew. He was reading the prophet Isaiah and the Spirit moved Philip to go and talk with him. He did not understand what he was reading. Was it the prophet Isaiah, Isaiah was writing about or another? It is here that Philip explains what had happened to Jesus, his trial, death and resurrection. Philip told him the good news of Jesus, how Jesus fulfilled this passage and other passages of Scripture winning for him repentance, forgiveness of sins, eternal life, the inheritance of God, the kingdom of God and the like. We say the Nicene or Apostles’ creed every Sunday. When asked about your faith, it is a good place to start. Sharing your faith is not difficult. You don’t have to answer everyone’s objections. You just tell them what Jesus did for you and for them.

Heavenly Father, when given the opportunity, give us your Spirit so we may open our mouths and speak the good news of Jesus Christ. In Jesus’ name we pray. Amen.