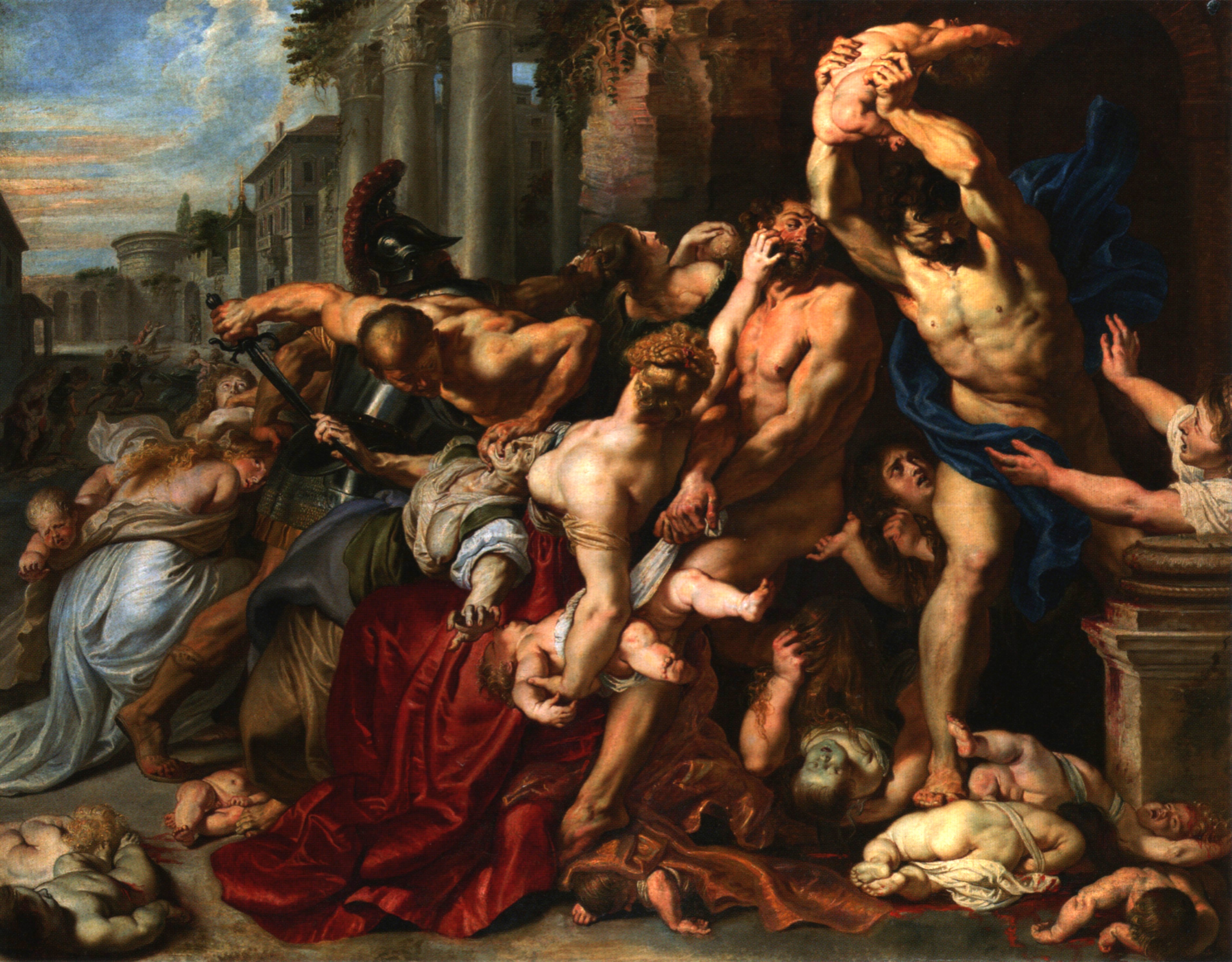 December 28th
Read Matt 2:13–23
Mat 2:13-18 Now when they had departed, behold, an angel of the Lord appeared to Joseph in a dream and said, “Rise, take the child and his mother, and flee to Egypt, and remain there until I tell you, for Herod is about to search for the child, to destroy him.” (14) And he rose and took the child and his mother by night and departed to Egypt (15) and remained there until the death of Herod. This was to fulfill what the Lord had spoken by the prophet, “Out of Egypt I called my son.” (16) Then Herod, when he saw that he had been tricked by the wise men, became furious, and he sent and killed all the male children in Bethlehem and in all that region who were two years old or under, according to the time that he had ascertained from the wise men. (17) Then was fulfilled what was spoken by the prophet Jeremiah: (18) “A voice was heard in Ramah, weeping and loud lamentation, Rachel weeping for her children; she refused to be comforted, because they are no more.”

What is this about? Like a lot of things in Scripture it’s about God’s Word being fulfilled. Jeremiah prophesied about this and that word must be fulfilled. Our thought come out though, couldn’t have God done something else? Is God’s foretelling causing this to happen or is He just letting us know what’s going to happen? If God only knew what was going to happen, how come he did nothing to stop it? You know I think those are fair questions. God does not answer us though. The answers are hidden in the mind of God and He has chosen not to reveal them.

So what is left to us then is that we can expect God’s Word to come to pass in every instance. It amuses me to know end the number of movies, TV shows and books produced about people trying to stop the antichrist from taking over the world, or people battling evil trying to stop the evil, which is the wrath of God, from falling upon the world. We cannot delay or prevent the things depicted or prophesied in the Bible from happening. All of it will be fulfilled.

So too, today’s reading must happened according to the definite and proclaimed will of God. Just as Israel had to go into Egypt because of the famine in the land, Jesus who is Israel, must go into Egypt, as Israel, to fulfill God’s Word. God often uses evil men and circumstances to accomplish His will. He did the same to accomplish our salvation in the Jewish court and before Pilate. God used evil people to crucify His Son so that atonement for our sins could take place and that we may pass from death to life. It is as Paul says, Rom 8:28 “And we know that for those who love God all things work together for good, for those who are called according to his purpose.” So Herod dies and Jesus is brought out of Egypt as Israel to fulfill God’s Word that he would be called out of Egypt, settle in Nazareth and be called a Nazarene. If God goes to all this work to fulfill his Word, you can be certain He will carry out this word, Mar 16:16 “Whoever believes and is baptized will be saved, but whoever does not believe will be condemned.”

Heavenly Father, your workings are beyond our comprehension. Yet give us your Holy Spirit that we may believe in your promises to the end we receive the salvation of our souls though the One who is Israel, Jesus Christ your only begotten son. In Jesus’ name we pray. Amen.