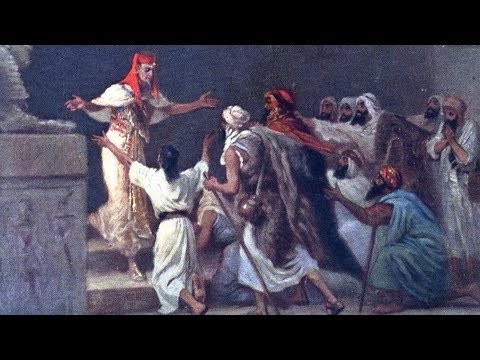 Genesis 5015When Joseph’s brothers realized their father was dead, they said, “What if Joseph bears a grudge against us and pays us back for all the wrong we did him?” 16So they sent a messenger to Joseph to say, “Before your father died, he ordered: 17“Tell Joseph, “Please forgive the crime and sin of your brothers: they did wrong to you.” ‘ And so please forgive the wrong done by the servants of the God of your father.” Joseph wept when they talked to him. 18Then the brothers also came and bowed down before him. “Look,” they said, “we are ready to be your slaves.” 19“Don’t be afraid!” Joseph told them. “Am I in God’s place? 20You meant to do me harm, but God meant to do good. He wanted to do as He now has done— to keep alive many people. 21And so don’t be afraid! I will provide for you and your children.” So he comforted them and talked to their hearts.

Hopefully you know the account from Genesis how Joseph’s brothers, provoked by jealousy decided to kill him one day but then, at the request of one of the other brothers, sold him into slavery to some Midianites who sold him again in Egypt. Joseph ended up being a slave and did well until his master’s wife falsely accused him of taking advantage of him. Then he was thrown into prison. Finally, through the gift he received from the LORD to interpret dreams he was placed second to Pharaoh in all Egypt.

It was because of what they did to Joseph that the brothers are afraid. Joseph had already forgiven them when he revealed himself to them. They were afraid on that day but Joseph did not hold it against him. With the wisdom given him by the LORD he saw how the LORD used the brothers’ evil to save both him and his entire family during the famine and to have them prosper and grow in Egypt. They must have thought he only did it because of his love for their father, for now that Jacob is dead they are worried Joseph would now take out his wrath upon them. This shows a certain amount of distrust of genuineness and sincerity of Joseph’s earlier absolution.

So they lie and send Joseph a message hoping to appeal to his emotions for his father saying, “Tell Joseph, “Please forgive the crime and sin of your brothers: they did wrong to you.” ‘ And so please forgive the wrong done by the servants of the God of your father.” Joseph wept at this. I believe because his brother still did not understand the work that the LORD had worked on Joseph. They still did not trust him. I imagine our LORD Jesus Christ also weeps like Joseph when we do not believe God forgives us for Jesus’ sake. The work he did and the proclamation of it has not broken our hearts of stone and given us hearts of flesh.

Joseph again reminds them of the grace and mercy of God. He tells them while what they did was wicked, the LORD meant it for good. He is not in the place of God to judge them. He comforts them with the message of peace. Paul reminds us in Romans 828“We know that God works all things out for good for those who love God, who are called according to His plan.” As Jesus’ chosen people, like the Israelites in Joseph’s day, the LORD Jesus Christ has a plan in the midst of all our troubles, trials, tribulations and disappointments. You may see it soon, many years from now or maybe only at the resurrection. Just as Joseph saw how the LORD worked with evil, our LORD Jesus Christ knows how to work with the evil we experience every day. We just need to trust him like Joseph encouraged his brothers to trust the LORD.

Heavenly Father, grant us your Holy Spirit, so that when we live in evil days, we can trust you are using them for the glory of your Son Jesus Christ and for our good. In Jesus’ name. Amen.