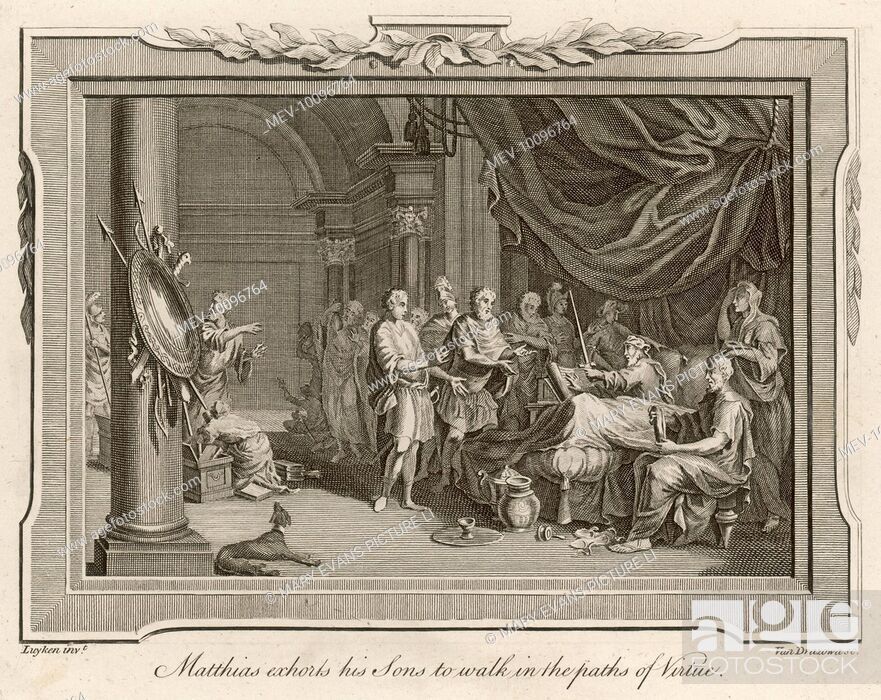 #DailyDevotion The LORD Jesus Builds His Israel, The Church

Acts 115In those days Peter got up among the disciples (a crowd of them was there, about 120), and he said, 16“Brothers, long ago the Holy Spirit spoke through David about Judas, who led the men that arrested Jesus. And what He wrote had to come true… 201t is written in the book of Psalms: ‘His home should be deserted, and no one should live there’, and ‘Someone else should take over his office’. Then someone should be added to our number as a witness of His resurrection. 21 He should be one of these men who went with us all the time the Lord Jesus went in and out among us, 22from John’s baptism to the day He was taken up from us.” 23The disciples named two: Joseph (called Barsabbas; he was also called Justus) and Matthias. 24Then they prayed, “Lord, You know the hearts of all. Show us which of these two You have chosen 25to serve in this office of apostle, which Judas left to go where he belonged.” 26They provided lots for them, and so Matthias was chosen and added to the eleven apostles.

Peter takes the lead as was given him by the Lord when he said, “Feed my sheep.” Moved by the Holy Spirit he takes note there is only 11 of them. But there should be twelve. Why twelve? Because, there were twelve patriarchs of Israel. There were twelve tribes of Israel. Twelve is the number of the Church. Jesus had told them they would rule over the tribes of Israel. Judas was gone. He had betrayed the LORD Jesus Christ and committed suicide. Peter sees the scripture that this would happen and another would take his place.

Despite many well meaning interpreters and teachers in the Church who still think the physical descendents of Jacob are God’s chosen people despite rebelling against their God and King, the Church is Israel. Jesus fulfilled all that was to be foretold of Israel. He relived what Israel was called to do and he did it. All who are baptized into Jesus are therefore made one with Israel, heirs of God and co-heirs of Christ. The Church then too fulfills all that was promised to Israel and lives out what God wanted of Israel.

It is interesting to note how while there were twelve men born of Israel, Jacob blessed Joseph’s sons Ephraim and Manasseh. They became equal to Jacob’s sons. Any son’s after them born to Joseph would be Joseph’s tribe. When we go throughout the list of the tribes sometimes there are twelve, sometimes 13, sometimes maybe 14 because of this. One tribe’s name drops out to make it twelve. Now we had twelve apostles and one would drop out and one would be added. But then later the LORD Jesus Christ adds yet another Paul, “as one abnormally born.” When the apostles looked to who would replace Judas the qualifications would be those men that had been with Jesus since John the Baptist’s days. He would have to be among those who witnessed the resurrection. They found two and Matthias was chosen by prayer and lot. We might note that Paul too was a witness to the risen Christ and was instructed by him for three years in the wilderness.

The LORD Jesus Christ does not leave us orphans. He provided for the foundation of his Church, he himself being the chief cornerstone. He continues to provide leadership from men he chooses, whom he has instructed through those that have gone before them, who will teach what the apostles taught, who taught what Jesus revealed to them.

LORD Jesus Christ, you gave us apostles, prophets, evangelists, pastors and teachers. Give us your Spirit so we may recognize them and open our ears to believe and do all they have received from you. In your precious name we pray. Amen.