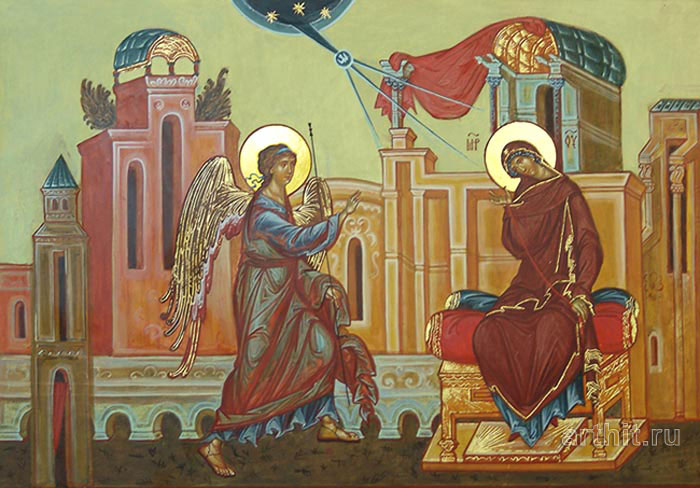 #DailyDevotion Nothing Is Impossible With God, Including Your Salvation

December 30th
Read Luke 1:26–38
Luk 1:28-34 And he came to her and said, “Greetings, O favored one, the Lord is with you!” (29) But she was greatly troubled at the saying, and tried to discern what sort of greeting this might be. (30) And the angel said to her, “Do not be afraid, Mary, for you have found favor with God. (31) And behold, you will conceive in your womb and bear a son, and you shall call his name Jesus. (32) He will be great and will be called the Son of the Most High. And the Lord God will give to him the throne of his father David, (33) and he will reign over the house of Jacob forever, and of his kingdom there will be no end.” (34) And Mary said to the angel, “How will this be, since I am a virgin?” (35)And the angel answered her, “The Holy Spirit will come upon you, and the power of the Most High will overshadow you; therefore the child to be born will be called holy–the Son of God. (36) And behold, your relative Elizabeth in her old age has also conceived a son, and this is the sixth month with her who was called barren. (37) For nothing will be impossible with God.” (38) And Mary said, “Behold, I am the servant of the Lord; let it be to me according to your word.” And the angel departed from her.

Gabriel is a busy angel. First bringing good tidings to Zechariah, and now he brings it to Elizabeth’s cousin Mary who is the house of David. I’ve always wondered about how these two are related. Somewhere along the way someone from the house of David married someone of the house of Aaron. But what message does the angel bring? One similar to Zechariah’s. Zechariah’s barren wife is going to have a child and Mary who is barren by virginity is going to bear a child. God has a way of bringing children to those who are barren, Sarah, Rachel, Hannah and the like. For, it is God who opens the womb and God who closes it. Mary will conceive and bear a child in her virginity. Jesus is conceived in Mary’s ear at her hearing and believing the message of the angel.

Who will this child be? He is the one the prophet of the Most High will prepare a way. He will be named Jesus because he will save his people from their sins. He is Yahweh who saves in the flesh. He is the Lord (all caps) of the Old Testament, the Son of the Most High, the Word made flesh. He is David’s son and will receive the promise eternal throne of David his father. He is God and Man. As Peter preached, Act 3:15 “and you killed the Author of life, whom God raised from the dead. To this we are witnesses.” and Paul testified, 1Co 2:8 “they would not have crucified the Lord of glory.” this one born of Mary is God in the flesh.

How can God become man? How can the infinite take on the finite? How can God die for the sins of His creation and take the blame for that we have done? As the Lord told Abraham, Gen 18:14 “Is anything too hard for the LORD? and now he tells Mary, “For nothing will be impossible with God.” Yes, nothing is impossible with God, not even the free gift of salvation won for you by Jesus of Nazareth, the son of Mary, the Son of God.

Lord Jesus Christ, grant us faith in your incarnation and even more so what you have accomplished for us in your becoming man, that in your flesh you have won righteousness for us and have defeated our foes-sin, death and the power of the devil. Amen.