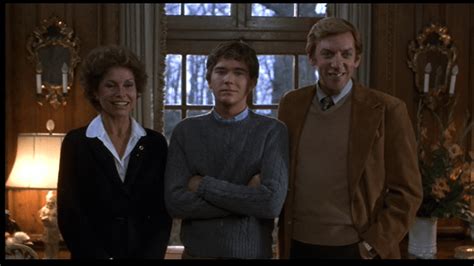 #DailyDevotion Not Called To Be Ordinary People

1 Cor. 3 Fellow Christians, I couldn’t talk to you as spiritual people but had to treat you as living in your weak flesh, as babies in Christ. 2I gave you milk to drink, not solid food, because you weren’t ready for it. Why, you aren’t ready for it even now yet, because you still live in your weak flesh. 3When you are jealous, quarreling, and forming different parties, aren’t you following your flesh and acting like other people? 4When one of you says, “I belong to Paul,” and another, “I belong to Apollos,” aren’t you just ordinary people?

“Ordinary people, where do they all come from?” At least that is what the Beatles sung. Are you an “ordinary person”? Paul complains here in Corinthians they were being ordinary people.  What does he give as examples of ordinary people? He says they are acting jealous, quarreling, forming different parties. Such actions are following the flesh like other people. We can see that in the rest of both letters Paul writes to the Corinthians.

They were living in weak flesh, as babies in Christ. Apparently, Paul was expecting something else from them, something greater than ordinary people, people of the flesh. Some were claiming to belong to Paul and others to Apollos. So do look like ordinary people? Are you jealous of other people? Are you constantly quarreling? Are you setting yourself apart from other Christians not based on teaching but on your own standards.

So what is Paul expecting? Not ordinary people. He is expecting people born of the Spirit, i.e. spiritual people. He is a expecting people living in harmony with one another under Christ Jesus, not under different people.  Spiritual people are not arrogant but humble, chapter 4. They are not sexually immoral, chapters 5 & 6. They do not seek only their own interest but give up their rights to one another for the sake of peace, chapter 6. They keep the marriage bed pure, chapter 7. They do not use their knowledge to offend fellow Christians weaker in faith, chapter 8. They discipline their bodies and contribute their wealth for the sake of the Church and its members, chapter 9. They are not to get involved in the false worship of idols, but be participants with the body and blood of Christ, not seeking our own advantage but the benefit of others, chapter 10. Preserve the order of creation and to participate in the Supper of the Lord with a mindset of unity, chapter 11. We are called to use our gifts in service to one another out of love, the love God has shown us, chapter 12. Worship in unity of doctrine, practice that reflects service and love and exalts the Lord Jesus Christ and not ourselves.

So are you an ordinary person or a Christian person? We all, perhaps at times, in weakness of the flesh, act like ordinary people. But we are not ordinary people in Christ. No we are temples of the Holy Spirit. We are children of God and of Christ Jesus. We are one spirit, one body with Jesus. The apple doesn’t fall far from the tree and therefore as children of God our lives will be marked by unselfish love and service toward our fellow believers and as much as we have opportunity towards our fellow man for whom Christ died also. As such we do not live to be served but to serve one another from the love of God that has been given to us.

Heavenly Father, grant us your Holy Spirit, that through the faith of Christ Jesus we may live out your love for us and for all mankind in our daily lives to our fellow Christians and those we meet along the way. In Jesus’ name we pray. Amen.

Thank you Pastor. How timely is this message!

Glad to hear it.