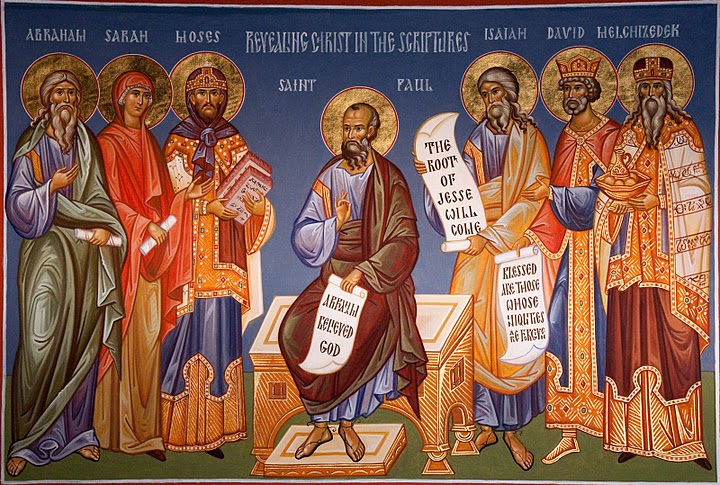 #DailyDevotion Moses & The Prophets Point To Jesus As YHWH

Luke 2418“Are you the only stranger living in Jerusalem,” the one by the name of Cleopas asked Him, “who doesn’t know what happened there these days?” 19“What do you mean?” He asked.

“All about Jesus from Nazareth,” they told Him, “Who was a prophet, mighty in what He did and said before God and all the people, 20and how our high priests and rulers handed Him over to be condemned to death and crucified Him. 21But we were hoping He would be the one to free Israel. What is more, this is now the third day since it happened. 22And then some of our women startled us. They went to the grave early this morning 23and didn’t find His body. They came and told us they had even seen a vision of angels who said He is alive. 24Some of our men went to the grave and found it as the women had said; and they didn’t see Him.” 25“How foolish you are,” He told them, “and how slow to believe everything the prophets said! 26Didn’t the Christ have to suffer this and so go to His glory?” 27Then He explained to them, starting with Moses and all the prophets, what they said about Him in all their writings.

The disciples going to Emmaus still thought Jesus was a prophet though their hopes had been dashed. But really, if Jesus was still dead he would have been a false prophets he had made certain claims during his ministry and if they did not come to pass he would have been a liar. Jesus though indeed is not a false prophet and he is the messiah. Jesus explained to them all that had happened according to Moses and the prophets. Yet this was always the case.

Jesus said in Matt. 517“Don’t think that I came to set aside the Law or the prophets. I didn’t come to set them aside but to fulfill them.” Philip in John 1 says, 45“The One Moses wrote about in the Law, and the prophets, too — we’ve found Him, Jesus, Joseph’s son from Nazareth.” In Luke 16 in the parable of the rich man and Lazarus Jesus says, 31“’ If they don’t listen to Moses and the prophets,’ he answered him, ‘they won’t be convinced even if someone rose from the dead.’”

What we should see here is a theme. We should see a theme that Jesus came to fulfill everything written about him in the Law, the Prophets and the Writings. That which is written is this, the Christ should suffer, die and on the third day rise again. If you are reading the bible for some other reason than looking for Jesus you may be misusing it. The Bible’s purpose is to show us Jesus and to testify concerning him, who he is, what he has done and what he is going to do.

Jesus’ suffering and death as foretold by Moses and the prophets point us to what is required to make atonement for the sin of the world. They tell how the LORD would become one of us to redeem us and be a ransom for us. They tell how our LORD Jesus Christ would stand in our place as our scapegoat and our sin. The Law and the Prophets also tell of how he would conquer sin, death and the power of the devil by rising again on the third day which is what our LORD Jesus Christ would and did do. It would have been nice to have listened to Jesus tell us all these things on the road to Emmaus. But we have the Gospels, we have Paul’s letters, we have the witness of the apostles in the Scriptures of what was discussed. We merely need to read our Bibles to know what Jesus said. It’s all in there. We believe it because he is risen from the dead.

Heavenly Father so open our eyes to Moses and the prophets that we might rightly understand them and see how they witness to your son Jesus Christ our Lord and our faith may be strengthened and increase in him. In Jesus’ name we pray. Amen.