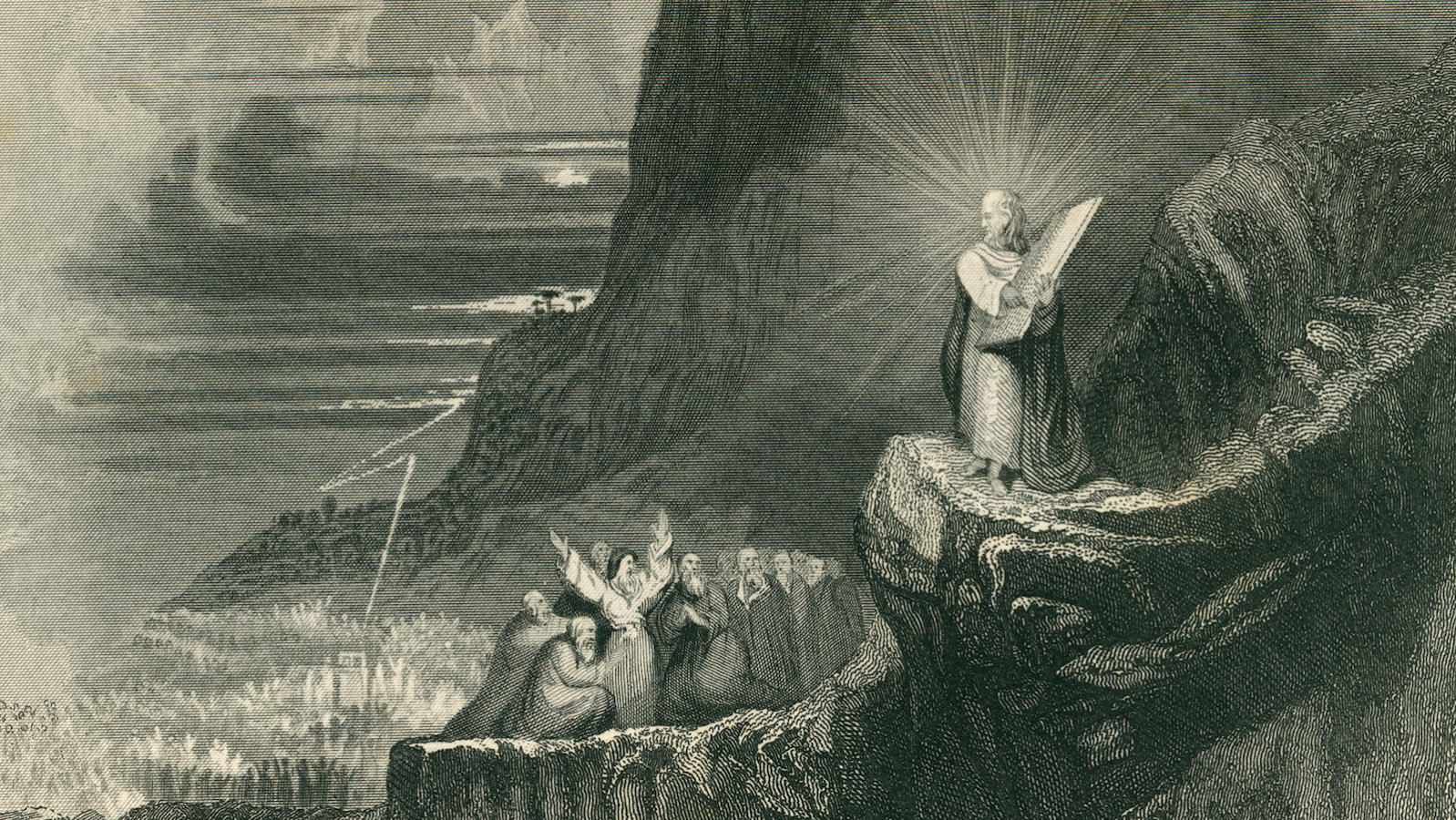 #DailyDevotion Moses’ Glory Fades But Ours Will Not

Exodus 34:29–35 29Moses came down from Mount Sinai. The tablets with the Word of Testimony were in Moses’ hands as he came down the mountain. Moses didn’t know the skin of his face was shining because God had talked with him. 30But Aaron and all the other Israelites looked at Moses and saw the skin of Moses’ face shining and were afraid to come near him. 31But Moses called to them, and so Aaron and all the leaders of the congregation came back, and Moses talked to them. 32Afterwards all the other Israelites came near him, and he ordered them to do everything the LORD had told him on Mount Sinai. 33When Moses finished talking to them, he put a veil over his face. 34 But whenever Moses went in before the LORD to talk with Him, he took off the veil till he came out. And whenever he came out and told the Israelites what the LORD had ordered, 35the Israelites saw that the skin of Moses’ face was shining. Then Moses would put the veil back on till he went in to talk again with Him.

I guess that would intimidating, Moses talking with the LORD and his face shining with the glory of the LORD as he spoke to you. Moses’ face was transformed as he talked face to face with the LORD in the tabernacle. He didn’t even realize it until the people said something. Even Aaron was taken aback. You might think Moses put the veil on to not frighten the Israelites but that is not the case. The text says he put it on after he spoke to the people. Moses knew these were stubborn and stiff-necked people. They hardly listened to him even when he wasn’t scary with the glory of the LORD. How much less would they listen to him without the glory? So after speaking to the people he would put a veil over his face so they could not see the glory had faded. He would take it off to speak to the LORD again, for he spoke to the LORD as you would as friend (the meaning of face to face).

Moses’ glory in his face dimmed as he was not speaking to the LORD. Believe it or not, you are meant to shine with the glory of the LORD Jesus Christ. You have been made one with our LORD Jesus Christ through baptism and as such you have become co-heirs with his glory.

Paul writes in 2 Cor. 318 “And all of us, reflecting the Lord’s glory in our unveiled faces, are changed from glory to glory to be like Him, as we expect it from the Lord, Who is the Spirit.” We reflect or rather behold his glory when we look upon the work he did for us on the cross. It is the gospel of Jesus Christ which gives us his glory. We do not see it now as the people saw Moses’ when he came out of the tent. We are being changed day by day inwardly, Paul says earlier in chapter 3 of the same.

Paul says in Romans 5 “Now that we have been declared righteous through faith, we have peace with God through our Lord Jesus Christ, 2who gave us access to God’s grace, in which we stand. We boast in the hope of God’s glory.” He also says in 2 Tim. 10 “That’s why I can endure anything for the chosen people so that they, too, may receive salvation in Christ Jesus and everlasting glory.” The glory we are to bear will be more glorious than Moses’ and it will be unfading as we see our LORD Jesus Christ on the day of glory.

Heavenly Father, continually put before our eyes the glory of the gospel of your Son Jesus Christ that we may be transformed inwardly now and made manifest when your Son Jesus is revealed to the world on the Last Day. In Jesus’ name we pray. Amen.