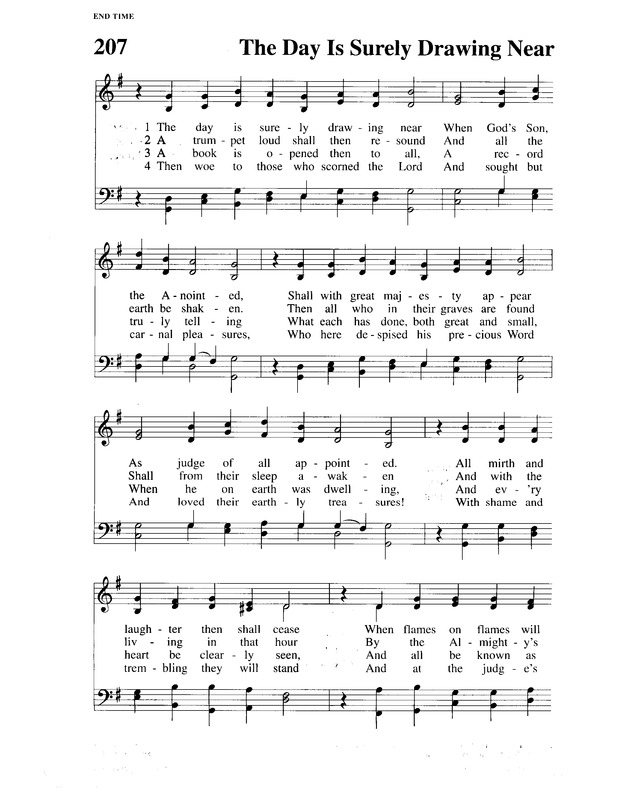 #DailyDevotion Live As The Day Is Surely Drawing Near

Romans 1311Do this especially since you know the time we’re living in. It’s time now for you to wake up from sleep because we are now nearer being rescued than when we first believed. 12The night is almost over, and the day is dawning. Then let us put away the works of darkness and put on the armor of light. 13Let us live nobly as in the daytime, not carousing or getting drunk, not sinning sexually or living wildly, not quarreling or being jealous. 14But put on the Lord Jesus Christ, and don’t plan to have your fleshly desires aroused.

Loving one another is the “Do this” Paul is talking about. The time we are living in is the last days. It indeed was the last days when Paul wrote this. It is still the last days we are in now. As the time was now for them to wake up from sleep so too, or even more so, it is time for us to wake up from our sleep because as Paul says, “we are now nearer being rescued than when we first believed.” Our sleep is thinking that we have all the time in the world to prepare for Christ’s second coming. But there are two fallacies with that thinking: a. you don’t know when you are going to die b. Christ is coming like a thief in the night. So quit putzing around.

Therefore Paul exhorts us to put away the works of darkness and put on the armor of light. How do we do that? Live nobly, i.e. as if everyone can see what you are doing even when you don’t think anyone or everyone can see you. So don’t get drunk. Don’t live in sexual immorality. For those who don’t know what that is it is having any sort of sexual contact with any person who isn’t your spouse of the opposite sex. If they teach it in sex ed. then it is sex. If you would be ashamed of your mother or father seeing you do it and you’re not married, that’s it.

Don’t be living wildly. Don’t be a quarrelsome person—that’s often hard to do on social media accounts (guilty here). Seriously, we are not called to be quarrelsome. Don’t be jealous of anyone. Everything God has, everything Jesus has, he has promised to give to you. What will you lack in the world to come when Christ returns?

Instead, “put on the Lord Jesus Christ, and don’t plan to have your fleshly desires aroused.” Putting on Jesus Christ is believing what Jesus did for you in your baptism. There you were judged. There in baptism you received the penalty for your sin, death with Christ. There you were raised to newness of life, the life of Jesus—your sins paid for and a free man. Putting on the new man meaning trusting Jesus is your life and your standing before God. It is walking as one who have been reconciled to the Father and is considered his child. If we are no longer slaves to sin and the fear of death then our lives will ones of living in love and sacrifice for the people around us for that is what Jesus did for us.

Heavenly Father, as the time for our rescue is nearer than we thought, grant us faith and the Holy Spirit to put away the deeds of darkness and to live in your light by trusting in your son and walk about in newness of life. In Jesus’ name we pray. Amen.