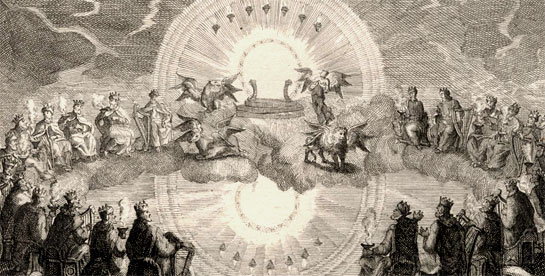 Hebrews 4:14–16; 5:7–9 14Now that we have a great High Priest Who has gone through the heavens, Jesus, God’s Son, let us cling to what we confess. 15 We have a High Priest Who can sympathize with our weaknesses. He was tempted in every way just as we are, only without sin. 16So let us come boldly to God’s throne of grace to receive mercy and find grace to help us when we need it. . .5 7In His humble life on earth Jesus came to Him Who could save Him from death and prayed and pleaded, crying loud with tears, and because He feared God, He was heard. 8Although Jesus is the Son, He learned from what He suffered what it means to obey. 9And when He was finished, He became One Who gives everlasting salvation to all who obey Him,

When the LORD brought the Israelites out of Egypt he brought them to the mountain and there he spoke to them directly the words of the covenant. But they were greatly frightened so they told Moses, Exodus 2019 “You talk to us and we’ll listen; but don’t let God talk to us, or we’ll die!” The LORD then, before Moses dies tells Moses and the Israelites, Deut. 1815“The LORD your God will raise a Prophet for you, one of you, an Israelite, like me; listen to Him. 16This is what you asked the LORD your God to give you when you were assembled at Horeb, saying: ‘I must not hear the LORD my God speak again or see this great fire again, or I’ll die.’ 17The LORD told me: ‘They’re right in what they ask. 18I will raise a Prophet for them, One of their fellow Israelites, like you; I will have Him speak My Word, and He will tell them everything I order Him. 19If anyone will not listen to My Words, which He says in My name, I will punish him.”

Now that very LORD who spoke from the mountain has taken on human flesh and told us everything our Father wants us to know. In fulfilling the word he spoke to Moses and the Israelites, He became man. In Hebrews it is written, 12“but in these last days He has spoken to us by His Son.” John wrote, 114“And the Word became flesh and lived among us for a time and we saw His glory, the glory of the only-begotten of the Father, full of grace and truth.” Jesus, the Word of God, the Son of God, the LORD has truly become one of us in every way except for sin. The Father has made him our “We have a High Priest Who can sympathize with our weaknesses. He was tempted in every way just as we are, only without sin.”

Jesus knows what it is like to be tempted. He was tempted by Satan in the wilderness and we have examples of those temptations in the Gospels. Certainly he was tempted in the garden and even upon the cross as the crowd shouted for him to come down to prove who he was. Yet, Jesus, unlike Adam, unlike the Israelites in the wilderness, did not fail but overcame temptation for us. Because he has overcome temptation and offered his blood as the atoning sacrifice for our sins he has opened the throne-room of God for us as our High Priest. We may enter it with boldness and confidence that we will be heard by God for the sake of Jesus to receive mercy, grace and help to persevere in the faith when we need it. God will not turn aside our prayers which are offered through faith in Jesus. Yet like our LORD Jesus we pray, “not will be done but your will be done.” Jesus still went to the cross but he was resurrected. You too will be raised from the dead.

Heavenly Father, you have spoken to us by your son whom you sent to bear our flesh and you have opened the throne-room of your grace to our prayers. Give us faith like Jesus so we too may pray, not our will be done but yours. In Jesus’ name we pray. Amen.