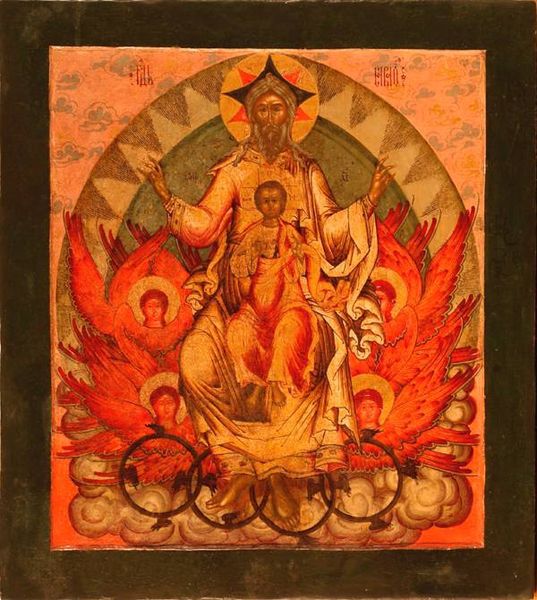 Isa 6:9-13  And he said, “Go, and say to this people: “‘Keep on hearing, but do not understand; keep on seeing, but do not perceive.’  (10)  Make the heart of this people dull, and their ears heavy, and blind their eyes; lest they see with their eyes, and hear with their ears, and understand with their hearts, and turn and be healed.”  (11)  Then I said, “How long, O Lord?” And he said: “Until cities lie waste without inhabitant, and houses without people, and the land is a desolate waste,  (12)  and the LORD removes people far away, and the forsaken places are many in the midst of the land.  (13)  And though a tenth remain in it, it will be burned again, like a terebinth or an oak, whose stump remains when it is felled.” The holy seed is its stump.

Perhaps it wasn’t the call that Isaiah anticipated when he said, “Here am I. Send me!” The call of Isaiah was to preach and teach to a people who would not listen to him and would not believe his word. Sure, there was the remnant God preserved for himself who would listen, understand, be repentant and believe. The vast majority of Israel would hear but not understand. Their eyes would be blind to what God was doing. Their hearts would be dull. The Lord did not want them to understand and to repent and be healed.

Now the question might be, “Why not?” It was their punishment for hardening their hearts, making their ears heavy and closing their eyes to what the Lord had already preached to them through Moses and the prophets. They are being made an example for us to what happens to a people who turn a blind eye to God’s word, ignore its teachings and act with impunity to sin even though we know what the Law of God says, even though we know the mercy of God  and spit upon it as though it were nothing.

Isaiah wondered how long this would last. It was going to be a while. The cities would be laid waste and the land would be desolate. The people of God would be removed from the land to distant places. A tenth would remain but even that would be burnt up and only a stump would remain.  The Lord here is prophesying the fall of northern Israel by the Assyrians and then later the fall of Judah by the Babylonians. Yet for the sake of his servant David from whence shall come the seed of the woman promised in Genesis 3:15 and the blessed seed of Abraham in Genesis 18, a holy seed would remain. It was the stump. It would return to Jerusalem and be born in the city of David.

Yet even this promised holy seed, Jesus Christ our Lord would also experience what the prophet Isaiah experienced when he went through the land of Israel preaching. Jesus said, Mat 13:13-15  “This is why I speak to them in parables, because seeing they do not see, and hearing they do not hear, nor do they understand.  (14)  Indeed, in their case the prophecy of Isaiah is fulfilled that says: ‘You will indeed hear but never understand, and you will indeed see but never perceive.’  (15)  For this people’s heart has grown dull, and with their ears they can barely hear, and their eyes they have closed, lest they should see with their eyes and hear with their ears and understand with their heart and turn, and I would heal them.”

Yet this hardening of their hearts was necessary for Jesus to fulfill his destiny as our Savior. Because of the hardness of their hearts they would offer Jesus up as the atoning sacrifice for he sin of the world. By his death, Death would Passover us, all who would believe in him. By his resurrection, we receive newness of life, a repentant heart, ears that hear and eyes that see the goodness of the Lord in the land of the living. There continues to be a partial hardening of the Jewish heart until the fullness of the Gentiles who would hear and believe but the early Church was mostly the Jewish people of Jesus’ day who after his resurrection and ascension were given the gift of repentance and faith.

Gracious Father, continue to give us ears that hear and believe and open the hearts of your people Israel that they too may believe in your Son Jesus Christ unto everlasting life. In Jesus’ name we pray. Amen.