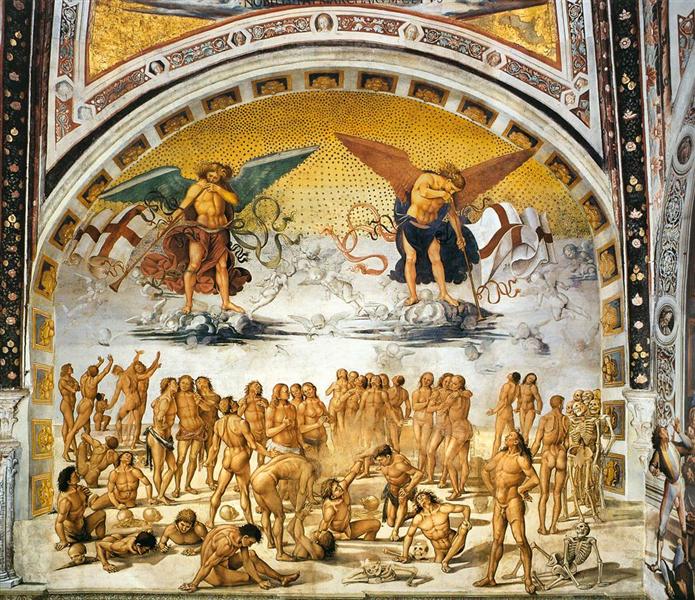 #DailyDevotion Jesus, The LORD, Will Raise Us To Eternal Life From The Dead

Ezekiel prophesies during the time Judah is beginning to be exiled to Babylon. He was among the first exiles. During the time of his service Jerusalem would be destroyed with the temple and the rest of the Jews that would be exiled he would prophesy to them as well. This part of the prophesy he was given to speak to all his fellow exiles there in Babylon. No doubt the exiles felt this way about themselves and their future. They had seen the northern tribes exiled by the Assyrians a couple of hundred years earlier and had not heard or see them again. No doubt they thought they were a ruined people. This doubt springs from the facts of why they were there in the first place, they didn’t believe or trust God’s word of judgment and they didn’t believe and trust his word of promise he had already given them.

So the LORD gives them another promised. Maybe they’d listen to this one and look ahead to a brighter future for themselves and their descendents. He gives them the promise of the resurrection from the dead. It’s a pretty direct promise, “I will open your graves and raise you from your graves, O my people. And I will bring you into the land of Israel.” Upon such a promise the Pharisees taught the resurrection of the dead. Not only would he raise them from the dead but he would put his Spirit in them so they would know him as the LORD and they would live and walk in the ways of God. This is similar to the promise given by Ezekiel’s contemporary Jeremiah who preached in Jerusalem, “I will put My law within them and write it on their hearts, and so I will be their God, and they will be My people. 34And no more will anyone have to teach his neighbor or his brother, and say, Know the LORD,’ because they will all know Me, from the least to the greatest of them says the LORD, because I will forgive the wrong they did and not remember their sins anymore.” (Jer. 31)

Knowing the LORD is to know him who raises the dead, forgives sins, and gives his Holy Spirit to his people. The own land they would inherit is the kingdom of God in the new heavens and new earth where righteousness reigns.

Now this promise is not just for the Jews in exile but for all people everywhere. It is written in Isaiah 52, 10“The LORD has made bare His holy arm while all the nations are watching. And all the distant parts of the world will see our God’s salvation.” Jesus said in John 6, 40“Yes, My Father wants everyone who sees the Son and believes in Him to have everlasting life, and He wants Me to raise him on the last day.” Jesus will raise you from the dead and give you life for he is the same LORD who spoke to his people through Ezekiel the prophet.

Heavenly Father, draw us to Christ Jesus that we may believe on him, receive his Spirit, and be raise to eternal life on the Last Day and inherit the kingdom you have prepared for us. In Jesus’ name we pray. Amen.