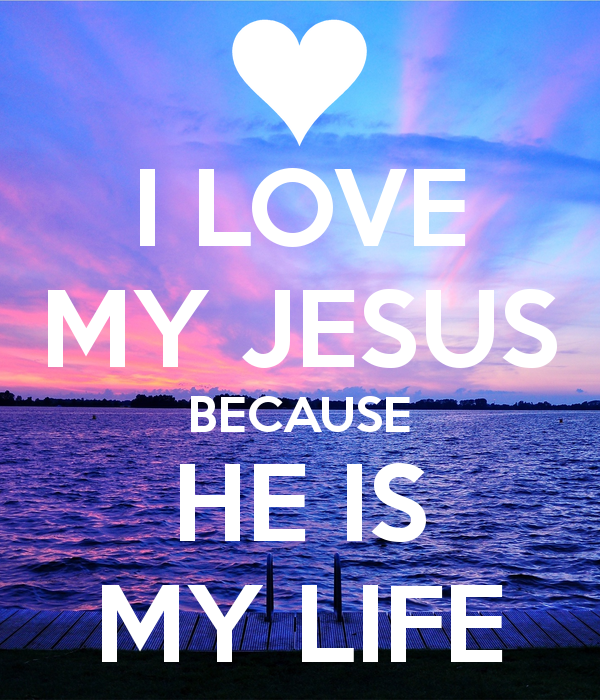 #DailyDevotion Jesus The LORD Is Our Choice For Life

Deut. 3019I call on heaven and earth as witnesses against you today that I have put life and death before you, the blessing and the curse. Choose life, so that you and your descendants will live, 20by loving the LORD your God, obeying Him, and being loyal to Him, because that means life to you, a long life in the land the LORD swore to give your fathers, Abraham, Isaac, and Jacob.”

See how weighty and certain what the LORD says to Israel that he calls on witnesses to his commands and promises from the heavens and the earth. The LORD had put both blessings and the curse before the children of Abraham, life and death. Most likely, everyone on that day said they choose life. Who but the devil would decide to choose death and the curse? The LORD invites them to choose life. The LORD’s invitation is gospel for them and their descendents. For even within the covenant with the commands, precepts, rules and the like are the means to reconcile themselves to the LORD’s when they transgressed the positive and negative commands of the LORD’s, i.e. the sacrifices. The LORD invites them to choose life and not death.

What does choosing life consist of? “by loving the LORD your God, obeying Him, and being loyal to Him.” We should probably remember they were already God’s chosen people. They were chosen by grace. They were the product of a graceful promise to Abraham, Isaac and Jacob. They were saved by the LORD from Pharaoh’s hand and baptized in the Red Sea. The LORD is now giving them the details of what it means to be his people. The commandments, precepts, rules and the like are what it means for the Israelites to love the LORD their God, obey him, and being loyal to him. Do these things would mean living a long life and being blessed by the LORD in the land he was giving them. While we often focus upon their unfaithfulness, they were also faithful at times and there were always a remnant that loved their LORD their God, obeyed him and were loyal to him. They were always and only God’s people by and through faith in him and his saving actions.

Yet we must also remember, the vast majority of them over all the centuries chose not to be loyal to him and to worship other gods. Even after the exile into Babylon, many, while not outwardly worshipping other gods, did not love the LORD. They saw him only as a punishing judge. So they outwardly did what the LORD required but their hearts were far from him. Even in Jesus’ day and up to the destruction of the Temple and even today, many of Abraham’s descendents while worshipping only one God have rejected their LORD when he took on their flesh, dwelt among them, fulfilled the Law for them, and offered himself as a sacrifice to redeem them, not from Pharaoh and the land of Egypt, but from the devil and this world, making a new covenant with them by his blood.

This LORD Jesus Christ, now opens up to all people everywhere the Promised Land offered to Abraham and his descendents. Heb. 1116“Instead, they were longing for a better country – I mean heaven. That is why God is not ashamed to be called their God, because He has prepared a city for them.” Yes, it is the new heavens and new earth that Jesus Christ, the LORD offers us today. We are called to trust him and his promise. His promise is life, life everlasting. Like the Israelites, it is given us by grace and we receive it through faith. As his people we are called to love him and love our neighbor.

Heavenly Father, may we be given faith to answer the call and choose life, that is your Son Jesus Christ and live eternally with you in the Promised Land. In Jesus’ name we pray. Amen.