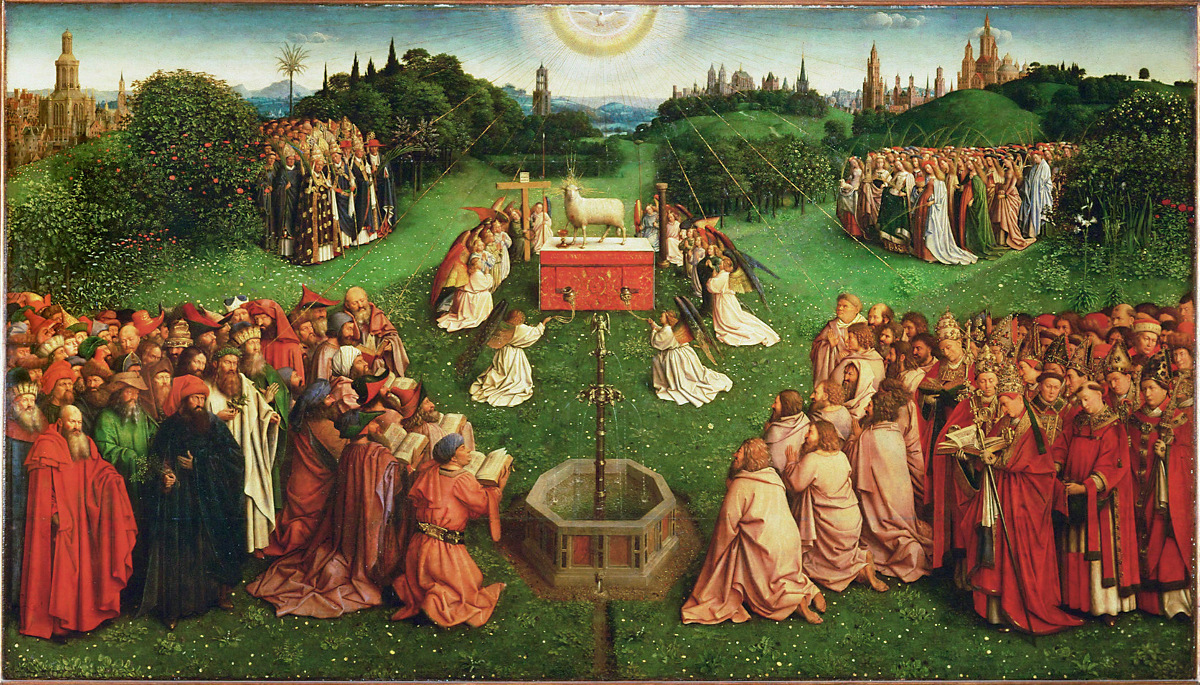 #DailyDevotion Jesus, The Lion, the Root and The Lamb Is Worthy

Who is worthy to open take the scrolls and open the seals? It was a pretty tense moment. It looked as if no one was worthy. And what was written on that scroll anyway and why did it need to opened? It is the unfolding of the plan of the Almighty and fulfillment of reconciling man to God and God to man. It establishes the kingdom of God in righteousness. John was beginning to weep because no one was found worthy. All of us had sinned and there was no one who did good.


Then one of the elders pointed out there was hope. The Lion of the tribe Judah, the root of David has conquered and was worthy. Now if that wasn’t crazy enough when he looked this Lion was now a Lamb, more than a Lamb, the Lamb of God. Now this some mixed up imagery. Now Judah was a lion’s whelp.(Gen. 49:8,9) From Judah would come the promised ruler. He is called Root of David but formerly he was called the Root of Jesse. (Isa. 11:10) He is the source of Jesse and David’s strength, power and beginnings. Now he is also called the Lamb, as John the Baptist had declared, Joh 1:29  The next day he saw Jesus coming toward him, and said, “Behold, the Lamb of God, who takes away the sin of the world! In taking away the sin of the world he has conquered sin, death and the power of the devil. He has risen victoriously over the grave never to die again.

The Lamb of course is Jesus the root and shoot of Jesse, the new David, the king of Israel, the Almighty over all creation. He has seven horns because all power belongs to him. He has seven eyes because he is full of the Holy Spirit and is all knowing. Because of this the elders bow down before him to give him praise, honor and glory.

But note what the elders have. They have bowls of incense. This is all your prayers. All your prayers, because you belong to the Lamb are precious and are saved by God. The Father has heard your prayers, every, single, one. He has saved them and answered them in the manner is which is best for you and in accordance with his will. This reminds us of this, Psa 56:8 “You have kept count of my tossings; put my tears in your bottle. Are they not in your book?” Yes, you mean more to your heavenly Father than you could ever realize in this life.

Unlike the rest of the world let us join with the elders in their song of praise giving to Jesus who was stricken, smitten and afflicted, all honor, praise and glory.

Heavenly Father, your purposes, your will will be accomplished even as it has been accomplished by the mighty Lion of Judah, the Root of David, your Lamb who has taken away the sins of the world. Grant that we may continue to persevere in this faith and join with the elders in the never ending hymn of praise on the day of his revelation to the world. In Jesus’ name we pray. Amen.