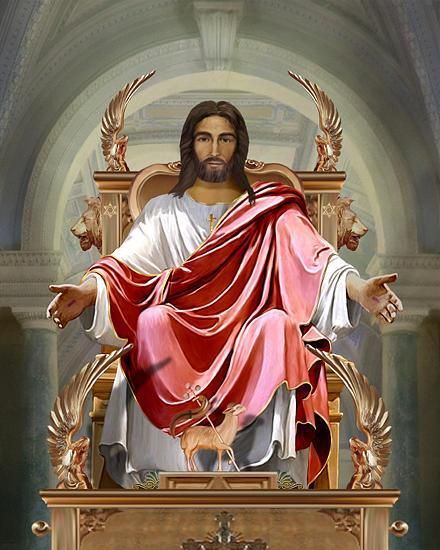 Acts 13:26–33 26“Fellow Jews, Abraham’s descendants, and you others who fear God, the message of this salvation was sent to us. 27Not knowing who Jesus was or understanding the messages of the prophets that are read every Sabbath, the people in Jerusalem and their rulers by condemning Jesus did what their prophets predicted. 28 Although they found no good reason to kill Him, they asked Pilate to have Him killed. 29When they had done everything that was written about Him, they took Him down from the cross and laid Him in a grave. 30But God raised Him from the dead, 3land for many days He was seen by those who had come with Him from Galilee up to Jerusalem. They are now telling the people the truth about Him. 32And we are bringing you the good news: 33What God promised the fathers He did for us, their children, by raising Jesus, as it is written in the second Psalm: ‘You are My Son; today I have begotten You.’

Paul was on his missionary journey with Barnabus when they came to Antioch near Pisidia where they spoke at the synagogue. Being up in Asia minor, they may not have heard yet of Jesus and that he was the Messiah. Paul recounts the salvation story and towards the end comes to Jesus.

It must have come to quite some shock to the Jews there the Jews in Jerusalem who heard Jesus and had heard him preach and see his miracles would have killed him. But that was part of God’s plan, to harden their hearts so they would initially reject Jesus, his teaching and his works, condemn him and send him to Pilate to be executed. But this was necessary as was spoken by the prophets they heard read every Sabbath./ The Messiah had to be rejected, for in their rejection of him, Jesus received in his flesh the rejection of God for their sins to be paid and atoned for.

Now some of those Jews who initially rejected Jesus came to believe in him and were saved. Others who continued in unbelief felt the apostles were trying to make them guilty of shedding innocent blood, but they could have gotten over that if they would believe God simply used them as his instrument for their salvation. We should not as Christians hold the Jews guilty for killing Jesus. It was God’s plan. Jesus himself prayed, “Father, forgive them for they know not what they do.”

Yes, though Jesus was killed and was laid in a grave, as the scriptures taught, on the third day, Jesus was raised from the dead never to die again. Paul says in Jesus’ resurrection the words of Psalm two are fulfilled, “You are My Son; today I have begotten You.” That Psalm also says, “Blessed are all who find shelter in Him,” so Paul also preaches in that sermon, 38“And so you should know, my friends and brothers — we are announcing to you that this Jesus forgives your sins 39and declares everyone who believes righteous and free from everything from which Moses’ Law couldn’t free you.”

Jesus is risen from the dead. Your sins are forgiven you if you trust him. You are righteous and free from everything which Moses’ Law couldn’t free you. Will you trust in Jesus whom the Father has raised from the dead and sat down on his throne? Will you reject him as some Jews in Antioch near Pisidia did and the Gospel message move from your to more fruitful areas?

Heavenly Father, grant us faith to believe in your only begotten Son Jesus Christ, risen from the dead so we may receive the forgiveness of sins, eternal life and freedom in his wounds. In Jesus’ name we pray. Amen.