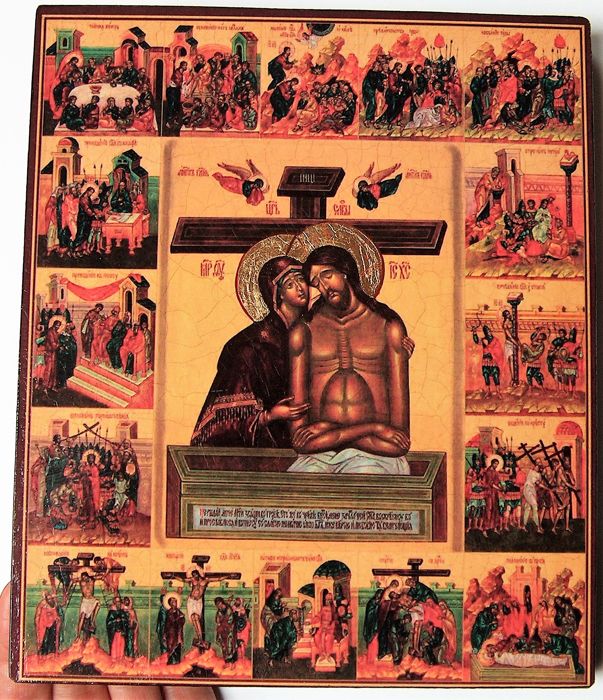 Mark 10:32-34 32As they were on their way up to Jerusalem, Jesus walked ahead of them. They were amazed, and the others who were following Him were afraid. So once again He took the twelve with Him and told them what was going to happen to Him: 33“Look, we’re going up to Jerusalem, and the Son of Man will be betrayed to the ruling priests and the Bible scholars, who will condemn Him to die and hand Him over to the Gentiles . 34They’ll mock Him and spit on Him, whip Him and kill Him. But on the third day He will rise.”

Why were some amazed and others afraid as they were going up to Jerusalem? Because they knew the Jewish leadership in Jerusalem wanted to kill Jesus, but there he was walking up in front of them all. They were not wrong in their thinking.

Jesus then thinks he needs to prepare them for what is to happen. I believe he is also demonstrating his prophetic role as the Prophet. So he took them aside once again. He has told them several times what is going to happen, particularly since he came down the mount of transfiguration.

Jesus tells them and also us what is necessary for our salvation. He tells them what is to take place to deliver us from our sinful condition and have us enter into the kingdom of God. Our salvation is not a pretty gold or silver cross. Jesus will be betrayed. Yes, his friend and disciple Judas will betray Jesus for thirty pieces of silver. He is going to be betrayed into the hand of the ruling priest and scribes, the religious leadership of the Jews. These very people who should be recognizing who he is, their messiah and kind, will drum up charges against Jesus, mock and abuse him. They will condemn him to die because of their jealousy of him.

These people who should be worshipping him instead will hand him over to the pagan Gentiles, to the Romans. Jesus will only get even worse treatment from them. They are going to mock him, spit on him, whip him and crucify him. This is what Jesus must go through in order to save you, to be the atoning sacrifice for the sin of the world. Such treatment you and I deserve for our sin. All of this is described particularly in Isaiah chapter fifty-three so our guilt may be taken away, so our wounds can be healed. Our griefs and sorrows he carries and makes peace between us and God the Father. In bearing our iniquity he becomes and offering for guilt at the hands of his enemies.

Yet there is the word of hope. On the third day Jesus will rise again. Indeed Jesus does rise from the dead on the third day. The same chapter from Isaiah tells us he will prolong his days and see his offspring and receive his portion. Jesus rises to never die again. We who are given faith in him are his offspring. He reigns over the kingdom of God and creation and through faith in him we are made one with him in his kingdom. This is his great gift to us for whom he suffered, died and rose again.

Heavenly Father, it was your plan in Christ Jesus to make him suffer, die and rise again so we may be restored back in fellowship with you. Grant us your Holy Spirit that we may believe Jesus’ words and works and be made partakers with him in your eternal kingdom. In Jesus’ name we pray. Amen.