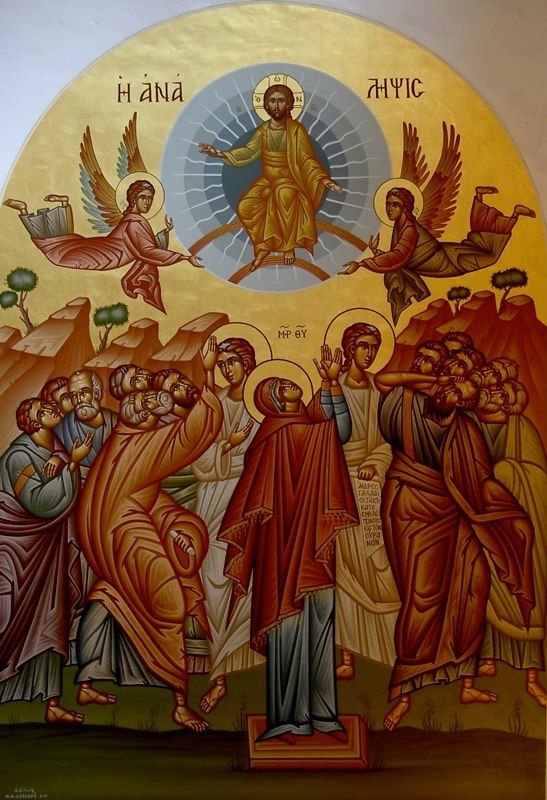 #DailyDevotion Jesus Must Ascend To Send The Spirit

Acts 1:4-11 4When He met with them, He ordered them not to leave Jerusalem but to wait for what the Father had promised: “You heard Me tell about Him: 5John baptized with water, but in a few days you will be baptized with the Holy Spirit.” 6When they came together, they asked Him, “Lord, are You now going to reestablish the kingdom of Israel?” 7“It isn’t for you to know,” He told them, “what times or periods the Father has set by His own authority. 8But when the Holy Spirit comes on you, you will receive power and will testify of Me in Jerusalem, in all Judea and Samaria, and to the farthest parts of the world.” 9When He had said this and while they were watching Him, He was lifted up, and a cloud took Him away so they couldn’t see Him anymore. 10 As He was going and they were gazing up into the sky, two men in white clothes were standing right beside them. 11“Men of Galilee,” they asked, “why are you standing here looking up to heaven? This Jesus, Who was taken away from you to heaven, will come back the same way you saw Him go to heaven.”

Jesus was preparing his disciples for his departure. He reminds them he is going to send to them the promised Holy Spirit. We can see from how the apostles proceed after Pentecost that water baptism is not separated from being baptized by the Holy Spirit. But for the early apostolic period, there may be distinctions between the two to a. show apostolic authority and b. that God accepts all people of every nation. But in order for the Holy Spirit to come, Jesus must depart. He must ascend to the right hand of the Father. There all power, dominion and authority is granted to him as both God and Man. The Word must be fulfilled,  Psa 110:1 “The LORD says to my Lord, ‘Sit at My right until I make Your enemies Your footstool.’” David is not speaking of himself but of his descendent who is his Lord. Jesus is David’s Lord because Jesus also is the LORD. From the right hand of God Jesus sends the Holy Spirit.

Jesus tells them when they receive the Holy Spirit, they will be is witnesses from Jerusalem, to Samaria, the farthest parts of the world.  We see his happen in Acts. First the Holy Spirit comes upon the disciples in Jerusalem. Then through the Apostles’ laying on of hands he comes to the Samaritans. Finally, the Spirit comes upon the Gentiles at Cornelius’ house. There is even an outpouring, i.e. a physical manifestation upon the Baptist’s disciples when they are baptized into Jesus.

So Jesus ascends into heaven to the right hand of the Father as he has foretold them. Yet he is not out of sight forever. The angels told the apostles, as they had seen him ascend into heaven, so too, Jesus shall return with the clouds on the Last Day. So we should be looking for Jesus to return in this way. Any Jesus who shows up and doesn’t come in this manner isn’t the Jesus who is the Son of God who became man of the Virgin, crucified under Pontus Pilate, rose from the dead and ascended to the Father. Jesus is returning as he left and when he returns he raises us from the dead, transforms us into his own image and likeness, and gives us his kingdom, that is to those who believed the apostles’ witness and put their faith in him. We, the Church, are his witnesses from a long line of witnesses. Jesus is risen and he is coming again to judge the living and the dead. Be the living on that day, those who trusted him and have his life in them.

Heavenly Father, you had Jesus sit at your right hand so he may send to us the Holy Spirit. Grant us the Spirit so we may believe in Christ and raised from the dead to eternal life when Jesus comes again on the clouds. In Jesus’ name we pray. Amen.