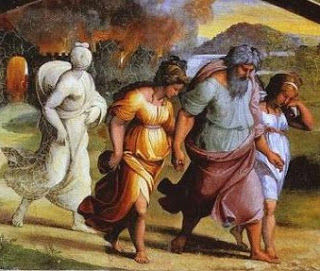 #DailyDevotion Jesus Makes A Claim On Your Entire Life

This is not the Jesus of the American Neo-evangelical or the Jesus of the Nones (people who claim not religious affiliation). He’s not like Barney the dinosaur at all. He’s not being soft and cuddly or your best beer pal. Jesus is making a claim on those who wish to follow him and it isn’t an easy one for people to bear. He is making an all out claim on your entire life. He demands he be put first in your life. So we see these people who are wanting to follow Jesus but only half-heartedly. He sounds like a good deal but not good enough of a deal to commit their life to. I heard one commentator on this text say these people were just giving excuses. So what’s your excuse for not wholeheartedly giving your life to Jesus and following him?

To the first person in this text Jesus lets him know it may not seem as easy as he thinks. “Foxes have holes, and birds of the air have nests, but the Son of Man has nowhere to lay his head.” If this is true of our Lord and Savior, the Creator of all that is seen and unseen, what can those who follow him expect. The servant isn’t any greater than the master. You should not expect to rich if you are a Christian. You should expect to be poor and homeless. Give thanks to God if you are not. But be prepared to have nothing when you follow Jesus.

To the second person it had been suggested his father wasn’t even dead yet, hence Jesus’ reply. We can only assume that Jesus’ harsh reply is because the man’s reply to Jesus’ invitation wasn’t a real one. Then again perhaps the man sincerely put his family before God on a regular basis. There are a number of people who do that today. Church is all well and good you know but I have family obligations which keep me from being with the Lord and receiving his gifts.  Jesus calls us to put him first and foremost. Luther’s explanation to the first commandment is good to remember, “We should fear, love and trust in God above all things.” All things includes family.

To the third person again family seems to be an issue. Jesus’ call to follow him supersedes all other vocations. Again, I think he was just making an excuse. We look at Elisha’s call and Elijah had no problem with him saying goodbye to his family. We see Elisha’s commitment as he butchers his oxen and roast them on their yokes. He isn’t going back. Remember the two firebrands James and John when Jesus called them, Mat 4:22 “Immediately they left the boat and their father and followed him.” When their seems to be a conflict between staying with family or following Jesus we have this promise to lift us up, Mat 19:29 “And everyone who has left houses or brothers or sisters or father or mother or children or lands, for my name’s sake, will receive a hundredfold and will inherit eternal life.” Following Jesus isn’t always easy in this life. There may be losses. But he promises much more will be gained and I’ve seen this even in my own life. You will not be left alone.

Heavenly Father, your son bids us to follow him. Give us the faith and strength needed to trust his promises and to put him first and foremost in our lives that we may be totally dedicated to him. In Jesus’ name we pray. Amen.