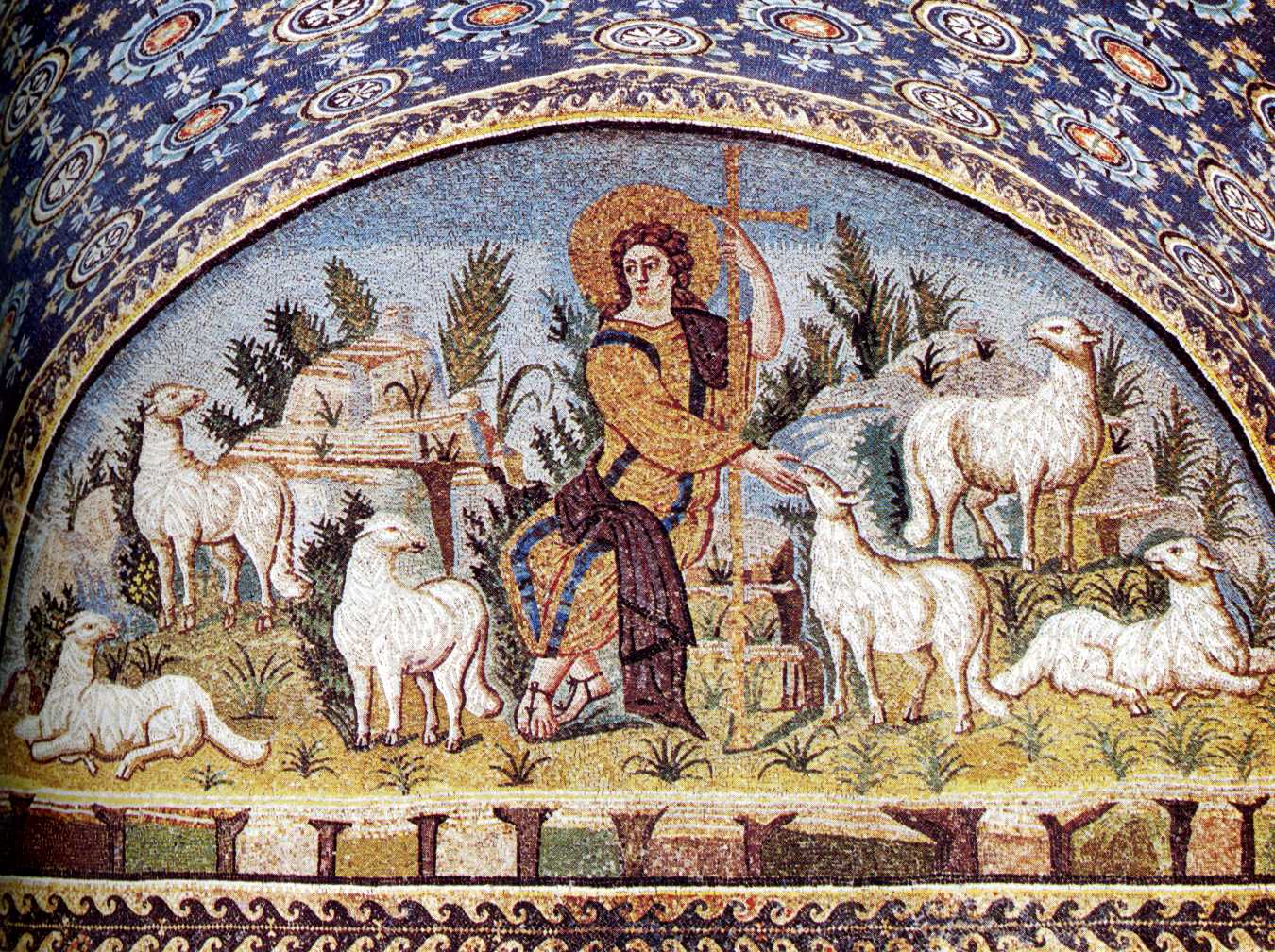 Ezekiel 3417And as for you, My sheep, the Lord GOD says this: I will judge between sheep and sheep, between rams and male goats. 18Is it not enough for you to feed on the best pasture? Must you trample with your feet on the rest of the pasture? You drink clear water. Must you make what is left muddy with your feet? 19So My sheep have to eat what your feet have trampled on and drink what your feet have made muddy. 20So the Lord GOD says this: Look! I, even I, will judge between the fat and the lean sheep. 21You with your sides and shoulders push away all the weak animals and gore them with your horns until you have scattered them far and wide. 22Therefore I will rescue My flock so that they will no more be a prey, and I will judge between one sheep and another. 23“ ‘I will raise up one Shepherd over them, My Servant David, Who will feed them. He will feed them and be their Shepherd. 24I the LORD will be their God, and My Servant David will be the Ruler among them. I the LORD say so.

Well the Lord God said he was going to judge between one sheep and another and rams and goats. This he did do once when he sent the Babylonians to destroy Jerusalem and put the people in exile. He did it again when he sent the Romans to destroy the temple and Jerusalem. God will not have his word mocked nor his faithful people persecuted forever.

The Lord God promises here that he would raise up a shepherd for the people. He would be a new David. This new David will feed the people the Lord’s word and, guide and shepherd them. The Lord would again be the people’s God and this new David would rule over them. This new David, this shepherd is of course Jesus. It was told of Jesus, Mat 2:6  “And you, O Bethlehem, in the land of Judah, are by no means least among the rulers of Judah; for from you shall come a ruler who will shepherd my people Israel.” The prophet Micah there also added, Mic 5…”whose coming forth is from of old, from ancient days.”

Jesus says, Joh 10:11 “I am the good shepherd. The good shepherd lays down his life for the sheep.” Again he says, Joh 10:14 “I am the good shepherd. I know my own and my own know me,” Jesus tells us, Joh 10:16 “And I have other sheep that are not of this fold. I must bring them also, and they will listen to my voice. So there will be one flock, one shepherd.” Now the same Lord that has spoken through Ezekiel is one with the new David, i.e., Jesus. Jesus is Lord, the very Lord God of Israel. The prophet said the Lord would be the shepherd of his people and he said he would appoint his David as shepherd. There are not two shepherds but one Shepherd, Jesus Christ the Lord.

Jesus the Good Shepherd, unlike the shepherds in Ezekiel’s day and unlike the rulers in his day, lays down his life for the sheep, the flock, the people of God. He has laid down his life for you that you might repent, believe on him and be baptized into his flock.  He gathers not only the children of Israel in the flesh, but those who would hear is voice from every people, tribe, nation and tongue, namely, you. He feeds you now with his word and his sacraments through the flock, the Church. He will feed you on verdant pastures forevermore when he returns with his kingdom.

Heavenly Father, always guide us with your Shepherd David, your son Jesus Christ through his word that we may feed upon the green pastures of that word and drink the pure water of the Spirit unto life everlasting. In Jesus’ name we pray. Amen.