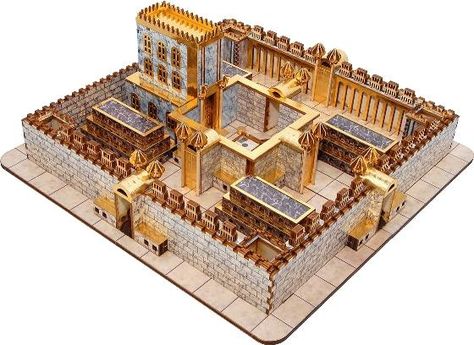 #DailyDevotion Jesus Is The Temple Of The LORD

John 2:18-25  18Then the Jews came back at Him by asking, “By what miracle can you prove to us you may do this?” 19“Tear down this Temple,” Jesus answered them, “and I will raise it in three days.” 20“It took forty-six years to build this temple,” said the Jews, “and you’ll raise it in three days? 21But the Temple He spoke of was His own body. 22 After He rose from the dead, His disciples remembered He had said this, and they believed the Bible and this statement which Jesus had made. 23Now, while He was in the crowd at the Passover in Jerusalem, many believed in His name when they saw the miracles He was doing. 24Jesus, however, did not take them entirely into His confidence, because He knew everyone. 25He didn’t need to be told about anyone, because He knew what was in him.

A pastor noted this week that no one disputed with Jesus whether or not what he did was wrong or not. That is pretty interesting. They knew the merchants and money changers shouldn’t be there, but they allowed it anyway. What they wanted to know is by whose authority did Jesus do this?  They asked for a miracle to show he had authority to cleanse the temple. Paul said in the epistle lesson from 1 Corinthians, “Jews as for a sign.”

What sign will Jesus give? To tear down this Temple and he would raise it three days. Now on the one hand we have John’s insight Jesus was talking about his body and the resurrection. On the other hand, we can see Jesus’ opponents weren’t willing to risk believing in Jesus and literally tearing down the Temple to see whether or not Jesus could raise it in three days. There were plenty enough false messiahs back then. Would you risk tearing down the Temple for this one? Probably not.

John notes, the Temple Jesus was speaking of was his own body. Dr. Horace Hummel in his Ezekiel Commentary notes the Temple Ezekiel prophesies with all the adjoining buildings described there, looking down from the sky is in the shape of a man with the altar being the heart of it. Other commentators have mentioned this as well. Paul notes in Colossians 2, 9“In Him, that is, in His body, lives all the fullness of the Deity, 10And in Him, Who is the Head of all rulers and powers, you are complete.” The Temple is where the name of God dwelt, his glory and his Spirit. Jesus’ body is that Temple. The name of the LORD was on Jesus. He was filled with the Holy Spirit.  Jesus is the Temple Ezekiel prophesied about. The disciples after his resurrection believed he fulfilled Ezekiel’s prophecy of the new Temple. As Isaac was received back alive on the third day, so too Jesus was raised to everlasting glory, the temple of his body having been destroyed on that mount Isaac was offered to the LORD.

Now it is interesting to note that Jesus did a number of miracles in Jerusalem after this encounter. Many Jews came to believe in him because of the miracles. Jesus however did not take them into his confidence. He knew what was in their hearts. We think it would be nice to see miracles. But the only miracle we are still left with is the sign of Jonah, the empty tomb where Jesus was laid and the witness of the apostles who saw him risen from the dead. Jesus is risen from the dead having conquered sin, death and the power of the devil for you. Having raise his body, the Temple, he now makes you part of that Temple when you are baptized into the Name.

Heavenly Father, you sent your Son Jesus Christ to be your Temple on the earth, to be the sacrifice for our. You raised him to glory on the third day revealing who he is. Grant us faith in him so we may be one with him as your Temple. In Jesus’ name we pray. Amen.