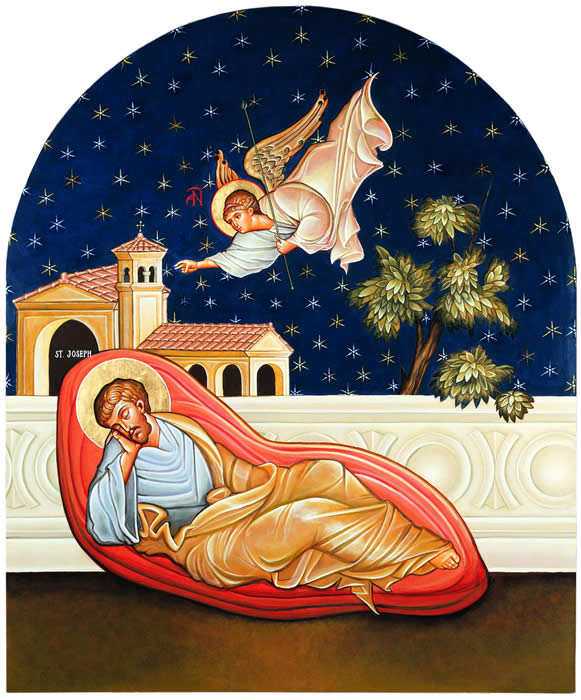 #DailyDevotion Jesus Is The New Adam

18This is how Jesus Christ was born. His mother Mary had promised Joseph to be his wife. But before they came together, it was found that she was going to have a child – by the Holy Spirit. 19Joseph, her husband, was a righteous man and didn’t want to disgrace her. So he decided to divorce her secretly. 20After he thought about it, he saw an angel of the Lord in a dream, who said, “Joseph, son of David, don’t be afraid to take your wife Mary home with you; her Child is from the Holy Spirit. 21She will have a Son, and you will call Him Jesus, because He will save His people from their sins.”

No doubt, the early Christians hearing about the Gospel of Jesus Christ and all that he had gone through and done would want to know something about his childhood. Indeed, I think we would also. Matthew is one of two Gospels that tells us something about Jesus’ birth and early childhood. Now you can imagine that Joseph, being merely betrothed, which is something more than an engagement and less than a marriage would have been disturbed that his betrothed was pregnant and he, being a righteous man, knew the kid wasn’t his. But he was a merciful man as well and didn’t want to shame Mary so he was going to divorce her secretly. God had other plans though and so he sent an angel in a dream to Joseph to get him on page with the plan.

Now we believe Joseph was man of humble means, being an itinerant carpenter. The angel addresses his nobility though and calls him, son of David. The savior of the world was to be of David’s line. It is supposed that Mary too was of David’s line, so her child would be legally and in fact of the line of David. However, this child was to be more than the seed of David. He was to be the Shoot and Root of Jesse. He is the New David. Having been conceived by the power of the Holy Spirit he is also the LORD himself taking on human form, joining himself with David’s house by being born into it.

But not only is this child to be a New David, he is to be the New Adam, the savior not only of the Jews, his people, but the savior of mankind. For just as the LORD took from the rib of Adam and made a woman, now, as promised in Genesis 3:15, he would take the seed of a woman and form a man. The woman taken from the man was deceived and brought her husband into her sin. The man taken from the woman would not be deceived and would take his bride, the Church, into his righteousness.

The name of the child would be Jesus, which means the LORD saves. This child indeed would be the LORD who saves. The LORD himself joins himself to humanity making himself a man from the seed of the Virgin. In his flesh, he would save his people from their sins, and not only the Israelites, but all humanity. He would save them, us even, by offering up his life as an atoning sacrifice for sin. His blood and not the blood of bulls, goats, lambs and the life would be the lifeblood required to make things right, to atone for the sin of Adam by paying the price for his sin, by his own death. His death fulfills all the sacrifices demanded by the Law of Moses.

Merciful God and Father, you sent your only begotten Son Jesus Christ to be born of the Virgin Mary, taking her seed and forming for him a body which would be offered up for the sin of the world. Grant us faith to believe this great mercy and may Christ form in us his life that we may be conformed to his image. In Jesus’ name we pray. Amen.