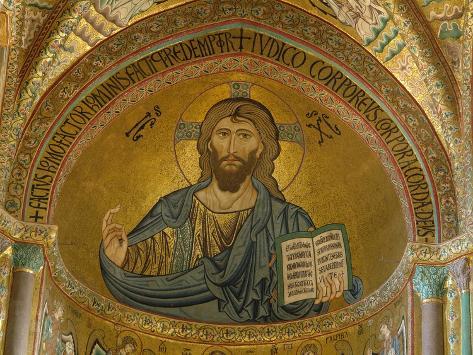 #DailyDevotion Jesus Is The LORD, King Of The Universe

Matt. 2215Then the Pharisees went and plotted to trap Him with a question. 16They sent their disciples with Herod’s men to say to Him: “Teacher, we know You’re honest and teach God’s way and don’t care what others think, because You don’t favor any special persons. 17Now tell us: What do You think? Is it right to pay a tax to Caesar or not?” 18Knowing their wickedness, Jesus asked, “Why do you test Me, you hypocrites? 19Show Me the coin with which the tax is paid.” They brought Him a denarius. 20“Whose head is this and whose inscription?” He asked them. 21“Caesar’s,” they said. “Give to Caesar what is Caesar’s,” He told them, “and to God what is God’s.” 22 They were amazed to hear this. Then they let Him alone and went away.

The opposition to Jesus is growing. He is in Jerusalem for the Passover. He had had his big entrance as the messiah into the city with shouts of “Hosannah!” The chief priest, the elders, the Pharisees and Scribes are all out to show that Jesus is a fraud, a false teacher because he is showing the people what frauds and hypocrites these leaders of Israel are. They are afraid of losing their position and power because Jesus. In this account during Holy Week is it the Pharisees and Herodians who are trying to trap Jesus in his words.

They try to butter Jesus up before giving him their trap question with calling him teacher, honest, impartial and the like. Jesus can see right through them. Jesus sees right through this façade and calls them hypocrites (for they were hiding their true intentions with a mask of friendliness). They ask Jesus if it is right to pay taxes to Caesar or not. It is thought if Jesus says no then people will think Jesus is an insurrectionist and he could be tried for treason. If Jesus says yes, then people will think he is a traitor to his people.

So Jesus asks them to show him the coin for paying the tax. Jesus asked, “Whose head is this and whose inscription?” Well it’s Caesar’s image on it. No doubt there was an inscription to Caesar as well. Apparently the coinage belongs to Caesar. If it belongs to Caesar give to Caesar what is Caesar’s. Now to be fair, Jesus is not teaching us about separation of Church and State. He’s giving a non-answer to his opponents. He’s not teaching us about the Christians proper role towards the whatever government he finds himself living under. However, I think that both Paul and Peter when teaching about our role as citizens of countries in this world are thinking about Jesus’ words here when they teach us to pay taxes to whom we owe taxes, honor and respect to whom we owe honor and respect.

What Jesus really pins the his whole reply to is the last thing he says, ““and [give] to God what is God’s.” Yes this is the most important thing. What belongs to God? Jewish prayers often invoke God as King of the Universe. Indeed, he is! How often in the Old Testament do we see the LORD calling on the nations and the rulers of those nations to recognize him as being the only God? The earth is the LORD’s and everything in it. Governments, power, wealth, riches, peoples, well everything is the LORD’s. The LORD Jesus Christ has made his claim on it by redeeming it all with his blood. Governments may think they act of their own power and accord, but they all act in accordance with our LORD Jesus Christ and his will. Therefore, let us give all praise, honor, glory and might to our Lord and Savior Jesus Christ.

Almighty LORD, King of the Universe, Jesus Christ, everything that is is under your power and dominion. Give us faith to believe you rule over it all for our benefit. In your name we pray. Amen