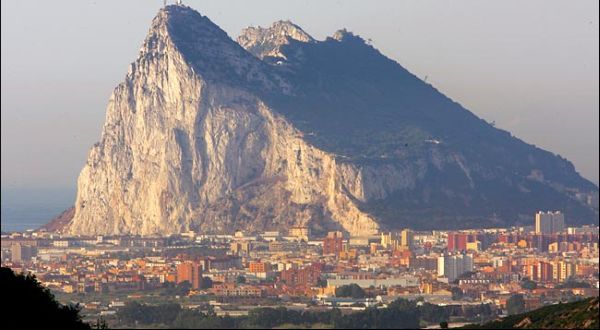 Isaiah 447Who is like Me? Let him declare it. Announce and lay in order before Me what happened since I appointed an ancient people. 8Then let them tell the future and predict what is going to happen! Don’t be terrified or afraid. Didn’t I tell you long ago and declare it? So you are My witnesses. Is there a God besides Me? There is no other Rock; I know of none.’” 9All who form idols are nothing, and their precious idols are good for nothing. They are their own witnesses that they see and know nothing, so they will come to shame.

This little section the LORD makes his case that he alone is God. He tells the Israelites to find a God who is like him. Let them recall their history how those other gods had been with the Israelites and helped them. After they can recall their past help from these gods have these gods tell future and have it come to pass. Let’s face it, they won’t be able to do it.

Since this is so, the LORD tells them to not be terrified or afraid. He has told them of everything before it even happened. Indeed, the LORD had told them in the song he gave to Moses in Deuteronomy chapter thirty-two. In this chapter the LORD brings forth the name he recalls here in Isaiah, the Rock, Tzur! and Sehlah! A mighty cleft that shelters them and upon which they stand.

Hear his word, Deut. 324“The Rock! What He does is perfect; yes, all His ways are right. A faithful God, without any wrong, just and righteous is He.” 18“You forget the Rock Who fathered you? and no longer think of the God Who formed you.”  Yes, the LORD is their Rock and as he foretold in Deuteronomy the Israelites will fall away.

David in 2 Samuel 22 calls upon the LORD as his Rock in song and it is retold in Psalm 182“The LORD is my Rock, my Fortress, my Rescuer, my God, my Rock where I find shelter, my Shield, my Horn of salvation, my Mountain Refuge.” In Psalm 28 he says, 1“I’m calling You, O LORD, O my Rock, don’t turn silently away from me. If You are silent, I will be like those who go down to the grave.” In Psalm 31, 2Listen to me — hurry to save me. Be my Rock of Refuge, a strong fortress to save me. 3You are my Rock and my Fortress; for the honor of Your name lead me and guide me.” In Psalm 62 he writes, 1“Surely my heart is calm before God, for He saves me. 2Surely He is my Rock and my Savior, my Mountain Refuge where I’ll not be severely shaken.”

Jesus says in Matt. 7 24“Anyone who hears and does what I say is like a man who had the sense to build his house on a rock. 25The rain poured down, the torrents came, the winds blew, and they beat against that house. But it didn’t go down, because its foundation was on the rock.”  Paul tells us in Romans 933as the Bible says: “I’m putting in Zion a Stone they will stumble over and a Rock they will fall over. But if you believe in Him, you will not be disappointed.” And in 1 Cor. 10 he says, 4and all drank the same water of the Spirit, because they drank from the spiritual Rock that went with them, and that Rock was Christ.” Jesus is the LORD, The Rock (Tsur & Sehlah). There is no God besides. Put your trust in him alone and you will not be moved.

Heavenly Father, you have given your Son Jesus Christ as the Rock of Israel to all the world to be shelter, the foundation upon we may stand in you and not be moved. Hide us in the cleft of your Son so on the day of terror and fright we may not be afraid but instead rejoice in Christ our Rock and Redeemer. In Jesus’ name we pray. Amen.