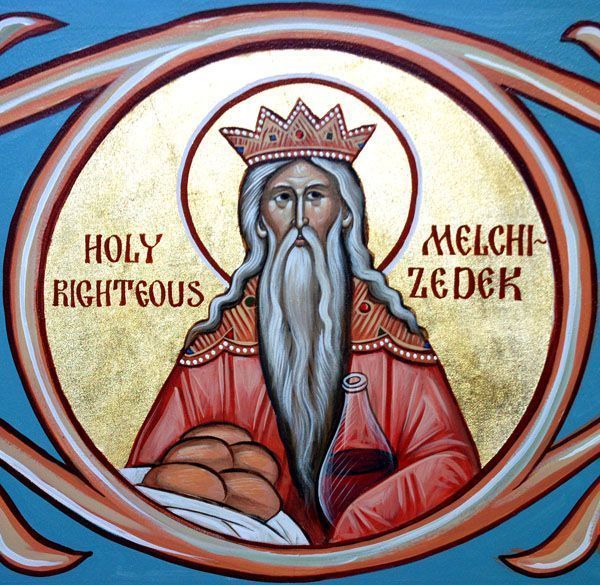 #DailyDevotion Jesus Is Greater Than Melchizedek

Hebrews 5:1–10 Any high priest selected from men is appointed to represent them before God and to bring gifts and sacrifices for sins. 2He can be gentle with ignorant and erring people because he too is troubled with weakness 3and for that reason must bring sacrifices for sins for himself just as he does for the people. 4No one takes the honor of this office, but God calls a man as He called Aaron. 5So Christ didn’t take the glory of being a high priest, but it was given to Him by Him Who said: You are My Son, today I have begotten You. 6And so He said in another place: “You are like Melchizedek, a priest forever.”

The high priest, Hebrews notes, is appointed to represent the people of God, to bring gifts and offer sacrifices for their sins. Since he is one of them he can gentle with the people in and with their weaknesses because he too has similar weaknesses and must offer sacrifices for his own sins before offering up sacrifices for the sins of the people he is ministering to. Indeed, pastors today also are not perfect. They need baptism. They need absolution. They need to hear the Word of God. Pastors need the Lord’s Supper and people to pray for them. The can commiserate with their people in their problems because he too has similar problems and needs the same help they need from God’s Word and Sacraments.

No man could take up the mantle of high priest but God called the man according to lot from tribe of Levi and from the clans of Aaron. No man can take up the mantle of being a pastor. He must be called by God through the congregation he is called to serve. In similar fashion, Christ Jesus did not take the glory of being a high priest, indeed the High Priest. It was given to him by his Father who spoke the words, “’You are My Son, today I have begotten You.’ 6And so He said in another place: ‘You are like Melchizedek, a priest forever.’”

Melchizedek is something of a shadowy figure from Genesis fourteen. In Jewish literature in Jesus’ day he was something of a marvel and I’m fairly certain there was lot about him speculated in that literature. We can see from Hebrews probably some of that such as, “He is without father, mother, or line of ancestors. His life has no beginning or end. Like God’s Son he continues a priest forever.”(Heb. 7:3) He was the king and priest of Salem (i.e Peace, later Jerusalem) who worshipped the God Most High. Jesus is the King of Peace. He blessed Abraham and Abraham received his blessing. It is thought that David assumed this role when he because king of Jerusalem as he offered up sacrifices. Jesus though is greater than David and greater than Melchizedek. For having no sin himself to make sacrifice for, he offered himself as a sacrifice for the sin of the world and won salvation for all people. He overcame the grave and ascended to the right hand of God where he makes continual intercession for us and for our salvation so that in him we overcome sin, death and the grave and are raised to everlasting life with him.