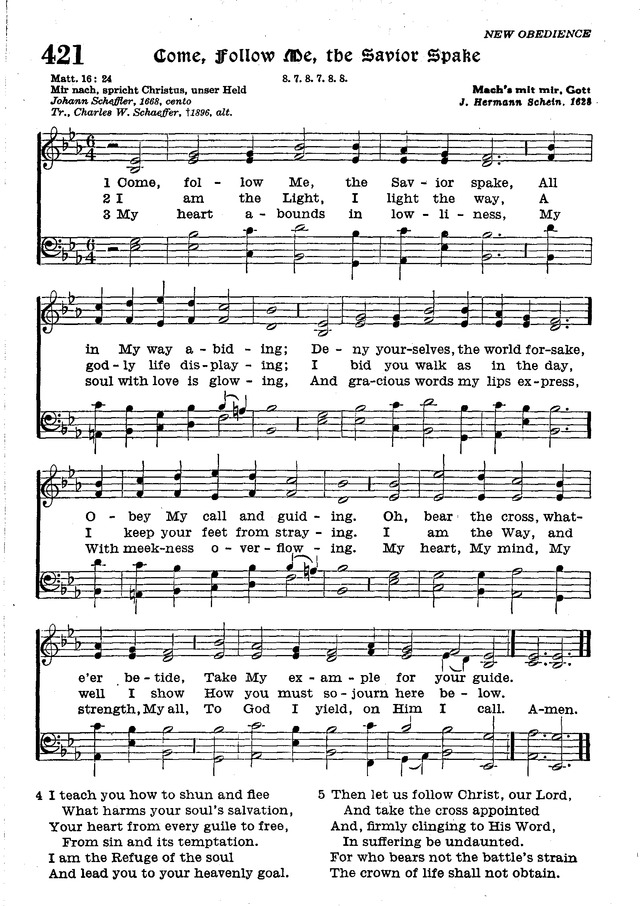 #DailyDevotion Jesus Is Calling To You, “Come Follow Me.”

Mark 116As He was walking along the Sea of Galilee, He saw Simon and Simon’s brother Andrew (who were fishermen) casting a net into the sea. 17“Come, follow Me,” Jesus told them, “and I will make you fishers of men.” 18Immediately they left their nets and went with Him.

19Going on a little further, He saw James, Zebedee’s son, and his brother John in their boat mending the nets. 20Then He called them, and they left their father Zebedee with the hired men in the boat and followed Him.

Mark’s rendering of the calling of the first disciples is somewhat stark. John’s Gospel certainly fleshes it out as well as the other synoptic Gospels. But here in Mark it’s just Jesus called, bam!, they left everything and started following Jesus. I’m guessing Mark is wanting to emphasize the power of the call of Jesus. Now these four men were partners in the fishing business in Capernaum. It’s probable, living in Galilee, they were fairly fluent in Greek. They probably were fluent in the ways of doing business. It is from the theme of their business that Jesus calls these four. They will become fishers of men.

Of course, one of the main words in the Gospel of Mark is found in verse eighteen, “Immediately.” It is one of Mark’s motifs in his Gospel. Everything happens immediately. I imagine that is helps to carry his message along (the whole thing was probably read at once occasionally).

So do you remember when Jesus called you to follow him? I know the first time Jesus called me was in my baptism a mere thirty days after I was born. He may have called me earlier, I know my mother brought me to church. But I know he called me on that day. As Martin Luther writes in the Small Catechism, “the Holy Ghost has called me by the Gospel, enlightened me with His gifts, sanctified and kept me in the true faith.” At some point in time I had left the faith. Jesus had to call me again. Once was through a warning through a book. It pointed out that I was on the wrong path but I did not start following him again. I just knew I wasn’t on the path I needed to on. He called me again to remember what I read in Scripture as youth. Whose side are you on I was asked. You do have to pick a side. There are only two sides: Jesus’ side and the devil’s. Well I wasn’t completely stupid. I had read Revelation. I know who wins in the end. I’m on Jesus’ side! It’s been off to the races since then. You may have been one of those fortunate ones who never left and have followed him ever since. Your following Jesus may have been more transitional. But you have been called by him to follow him and you are now doing so.

Jesus is calling you today to follow him. He’s not giving you a laundry list of things to do before you can ‘start’ following him. “Come, follow me,” he bids you. Everything else that you are worrying about he will deal with later. You are probably wondering the cost of following Jesus. It will cost you everything. It may not cost you everything at the beginning. The four left everything immediately. Jesus will pare down for you what is not needed or what hinders you from following him. Ultimately, everything in this world you will not need or cling to anymore. Jesus is bringing in a new kingdom and a new age where we will want for nothing. He provides us mothers, fathers, brothers, sisters, friends and daily bread now and in the world to come.

Heavenly Father, as Jesus bids us to follow him and carry our cross, give us faithful spirits that heed his call and follow him no matter where he leads us. In Jesus’ name we pray. Amen.