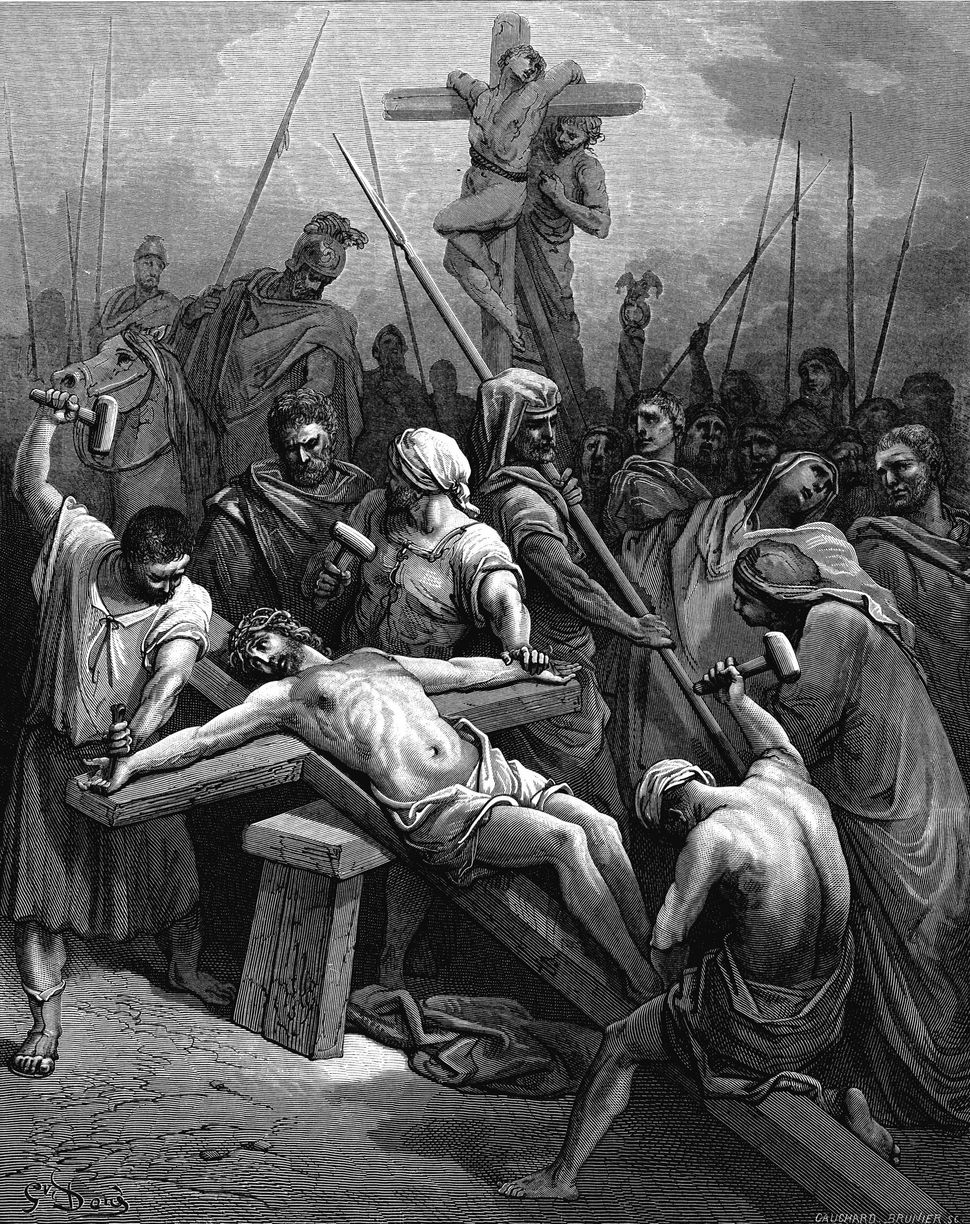 #DailyDevotion Jesus’ Crucifixion Should Be The Object Of Joy & Restoration

Acts 3:17-21 17“And now, fellow Jews, I know that like your rulers you didn’t know what you were doing, 18but in this way God did what He predicted by all the prophets — His Christ had to suffer. 19Repent then, and turn, to have your sins wiped out that a time may come when the Lord refreshes you 20and sends Jesus, Whom He appointed to be your Savior 21and Whom heaven had to receive until the time when everything will be restored, as God said long ago by His holy prophets.

How did Peter know the Jews and their leaders didn’t know what they were doing when they killed him? Well, we have the very words of Jesus from the cross, “Father, forgive them for they know not what they do.” It is kind of Peter to let them know that even though they were responsible for killing Jesus, they did it out of ignorance. More than that, Peter lets them know that God had planned to do this, to accomplish Jesus’ death from before the foundation of the earth

God did what he had predicted through the prophets. Moses predicted it when he wrote Genesis 3:15. He foreshadowed it in many acts he wrote about in the same book. The sacrifices were all predictions of the death of the Lamb of God. David predicted it in Psalm 22 and 16 among others. Isaiah’s servant songs, in particular chapter 53 predict Jesus’ death and God was behind it to redeem his people. Isaiah 6 even tells of how the LORD hardened his people’s hearts so they would carry out his plan for their salvation.

While they had cried out, “Let his blood be on us and our children,” in seeking the death of an innocent man, as if they were innocent, the LORD planned that blood to be an atonement for their sins and the sins of the world. Now Peter calls for them to repent of their actions and their ignorance to receive that blood as the atonement for their sins and a propitiatory sacrifice. They should now turn to Jesus to have their sins wiped out  and be refreshed by Jesus Christ their Messiah and LORD.

Jesus is their Messiah and LORD who has been received to the right hand of God as foretold in Psalms 2 and 110 as an example. He remains there, i.e. at this place of power and authority, unseen to us until this age comes fully to a close and the world he went to prepare for us is completed. He remains there until all for whom the new heavens and new earth are prepared for have come to faith.

Now you and your sins that you have committed have also been done out of ignorance. You had been blinded by sin. The way you should look at Jesus Christ crucified is not in guilt, as if each sin you commit is another pounding of the hammer into the nails that pierced Jesus. Instead, look at him who willingly went to the cross in the plan of the Father to die for your sins, suffer your fate in your place, and restore you back to God your Father. The cross of Christ is cause for rejoicing for there, peace has been made between you and the Father. There all humanity has been gathered together and has been saved. Jesus is returning and he brings with him your reward for trusting in him, everlasting life.

Heavenly Father, we thank you for planning on having your only begotten son sacrificed for us at the hand of your priests, the Jews, for mankind’s salvation. Grant that we repent of our sins and find restoration in Jesus. In Jesus’ name we pray. Amen.