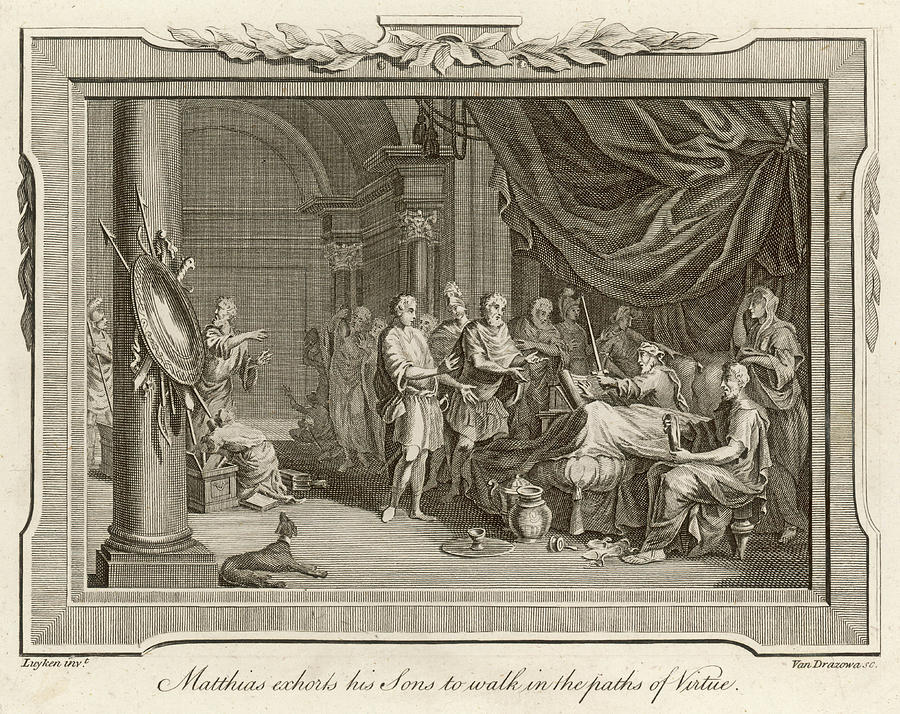 #DailyDevotion Jesus Continues To Choose Men For The Ministry

Acts 1:12–26 12Then they went back to Jerusalem from the Mount of Olives, as it was called (it’s near Jerusalem, only half a mile away). 13 When they came into the city, they went to the second-floor room where they were staying…14With one mind these all kept praying together. With them were the women, including Jesus’ mother Mary, and His brothers….Then someone should be added to our number as a witness of His resurrection. 21 He should be one of these men who went with us all the time the Lord Jesus went in and out among us, 22from John’s baptism to the day He was taken up from us.” 23The disciples named two: Joseph (called Barsabbas; he was also called Justus) and Matthias. 24Then they prayed, “Lord, You know the hearts of all. Show us which of these two You have chosen 25to serve in this office of apostle, which Judas left to go where he belonged.” 26They provided lots for them, and so Matthias was chosen and added to the eleven apostles.

There are several things to take note of in this lesson. One, we only have eleven apostles. You would have thought if there was one that was going to be replacing Judas, Jesus would have taken care of that before the ascension, but he didn’t. Secondly, they were gathered together in prayer. Third there are the women, most likely Mary and Martha, Mary the mother of Clopas, and perhaps others that contributed to the ministry. Finally you have the Virgin and Jesus brothers (or close relatives if you will). The funny thing is his brothers didn’t seem to think much of Jesus before the resurrection, but now they seem to have come to faith. One of them, James would end up leading the Church at Jerusalem.

Remember I said there were only eleven? Well, Peter speaks us and says the Scriptures say that someone else should take Judas Iscariot’s place. The qualifications are somewhat reasonable. They should have been following Jesus since the Baptist and they must have witnessed Jesus risen from the dead. We know from first Corinthians there were five hundred who have seen Jesus risen from the dead. Only two were considered for this office. Perhaps the others were not followers of Jesus for as long. They prayed for guidance and cast lots for the Lord Jesus’ decision. The lot fell to Matthias.

Now some false teachers say Peter sinned in doing this. They say Peter was overruled by Jesus when he chose Paul to be an apostle. Yet, they have no proof for this. Paul never says this. John never says this. Peter never says this. We have no biblical witness to say this. The twelve apostles were to rule over the twelve tribes of Israel, Jesus said. Matthias was chosen by lot to fulfill this role. They, the twelve were going to focus on the lost children of Israel, bringing them to faith in Jesus Christ. Paul was chosen by Jesus to bring the good news of repentance and forgiveness of sins in Jesus’ name to the Gentiles. Today to Church continues to reach out to both Jew and Gentile so they can know Jesus Christ their Lord and Savior.

Heavenly Father, continually call men into the ministry so the good news of Jesus may be brought to the nations. In Jesus’ name we pray. Amen.