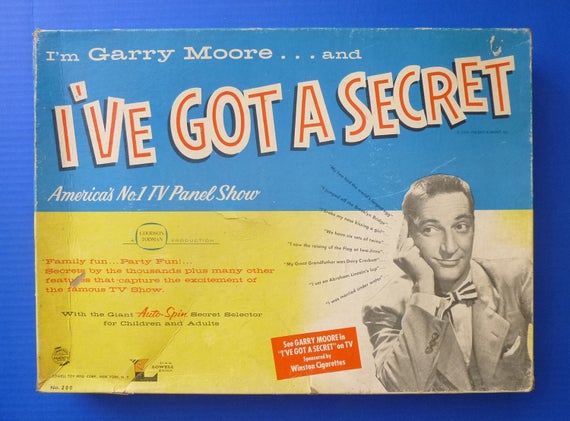 #DailyDevotion I’ve Got A Secret

1 Cor. 26But we do speak a wisdom to those who are ripe for it, a wisdom unknown to the world today and to its rulers who pass away. 7Yes, we tell about God’s secret wisdom that was kept hidden but that God before the world began planned for our glory. 8None of those who rule this world knew it. If they had known it, they would not have crucified the Lord of glory. 9But it is as the Bible says: “No eye has seen, no ear has heard, and no mind has thought of what God has prepared for those who love Him.” 10God has revealed it to us by His Spirit. The Spirit finds out everything, even the deep things of God. 11Who knows what a man thinks except his own spirit? In the same way only God’s Spirit knows what God thinks. 12Now we were not given the spirit of the world but the Spirit Who comes from God so that we know the good things God gave us.

I got a secret! Didn’t you love saying that as a kid. Maybe some of you still do. Yes, we Christians do have a secret. The thing is we have it in plain sight. We speak of it openly from our pulpits, classrooms, the airwaves and books. It’s hidden, but hidden in plain sight. God’s secret wisdom is what I am talking about. But it’s not like the occult secrets which you need to keep coming back to find out more and keep emptying your pocketbook and in which there is no end. No we have the secret wisdom of God which God had planned long before the world even began.

But for those who are ripe for it as St. Paul says they will hear, see and understand it. It is kept hidden from those who will not believe it. The rulers of this world, i.e. the spiritual rulers, Satan, the devil and all those who are subject to him cannot hear, understand or know it, even if it is put in their ears and placed before their eyes. But the Holy Spirit has revealed it to us through the word of God, in particularly the Gospel. St. Paul says if they had known the secret wisdom of God they wouldn’t have crucified the Lord of glory. That is, they would have known their defeat by the instrument of which the thought they were getting rid of Jesus, the LORD, the God of Israel. When they killed the Lord of Glory, Jesus Christ, they lost power over mankind. Their hopes of taking all humanity down with them perished.

For the secret wisdom of God is this, he the LORD of Glory, the God of Israel, would take on human flesh and become one of us. In his flesh, he would pay the penalty and price for our sin and the sin of the world, death. His blood shed would ransom us from sin and death. It would atone for the sin of the world. Having died, he rose from the dead conquering sin, death and the power of the one who had the power over death, the devil. His death and resurrection is a victory for all humanity, all people everywhere, of every tongue, tribe, people and nation. He offers this victory to us freely through the means of grace: preaching, baptism, absolution, the Supper and Christian conversation.

More than our victory he has prepared to give us his glory. Through the good news of Jesus Christ, by the means of grace, God transforms us from object of his wrath to object of his mercy. He makes us his children and lifts us up to the place of his son Jesus Christ. Even now we are seated in the heavenly places with him. We will when Jesus returns see ourselves clothed in his righteousness, his holiness and his glory. We know this through the Spirit he has given us.

Heavenly Father, you have revealed to us such a glory the world cannot comprehend in Christ Jesus. Always give us your Holy Spirit that we may understand your great wisdom and glory in it. In Jesus’ name we pray. Amen.