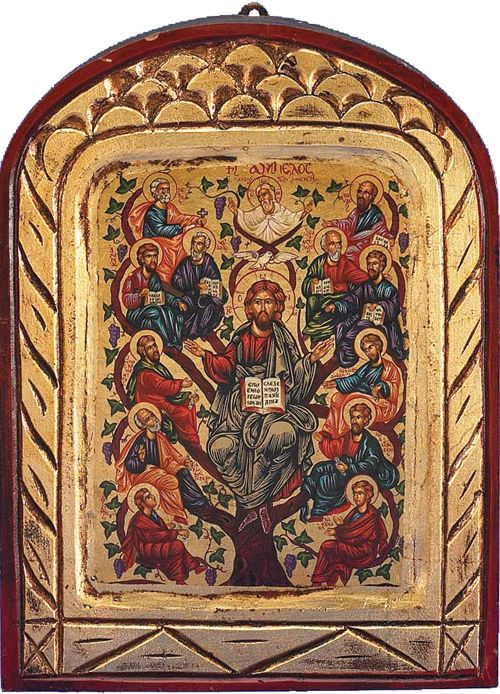 #DailyDevotion Is The Kingdom Of Heaven Worth It?

Matthew1014If anyone doesn’t welcome you or listen to what you say, leave that house or town, and shake the dust off your feet. 15I tell you the truth, on Judgment Day it will be easier for the land of Sodom and Gomorrah than for that town. 16“You see, I’m sending you like sheep among wolves. So be shrewd as snakes and innocent as doves. 17Be on your guard against men, because they’ll hand you over to their courts and whip you in their places of worship. 180n My account you’ll be dragged before governors and kings to testify to them and to the nations. 19But when they hand you over to the authorities, don’t worry how you’ll speak or what you’ll say. When the time comes, you’ll be told what to say, 20It isn’t you speaking but your Father’s Spirit speaking through you.

Well so much for the lovey-dovey post-modern Jesus. Jesus tells his apostles that they should shake off the dust on the feet as a witness against should that town reject the message of the apostles. It will be easier for the towns of Sodom and Gomorrah than for those towns. Well that doesn’t sound very loving or kind. People today would just suggest Jesus should just leave them be. But Sodom and Gomorrah did have the LORD’s witnesses going to them to bring them the good news of the kingdom of God. Jesus in his kindness and mercy was sending them such messengers so they could hear, repent and believe the good news.

In speaking about people who have heard the good news and returned back to their old ways St. Peter writes 221“It would have been better for them never to have known the way of righteousness than to learn it and then turn their backs on the holy commandment that was given them.” So God is a good and just God. We see here he is more merciful to those in the judgment who did not receive the Gospel and continued in their sins that those who heard the good news and rejected it. There are varying levels of punishment on Judgment Day. It’s not the joke I see where an Eskimo asked the priest if it wouldn’t have been better if he had heard the good news. No good news, you still get eternal punishment, but it will certainly be worse for you if you heard the good news of Jesus Christ and rejected it.

As far as we know verse seventeen did not happen to the apostles before Pentecost. But Jesus is warning them and us that because of our faith in him, who is the kingdom of heaven, we may be persecuted and brought before governors to be punished or even in places of worship. They and we are given this promise, the Holy Spirit will speak for us and defend our faith for us.

Just what is worth being dragged into courts and whipped? What is worth being brought forth before kings and governors and being killed by them? The good news of the Kingdom of God. The good news God sent his only begotten son into the world to redeem if from its sin. The good news the Father’s Messiah, his Christ, has begun to take reign overcoming sin, death and the power of the devil and setting us free from their rule and dominion over us. The good news Jesus will raise us up bodily to live and reign with him and the Father eternally in the world to come. The good news God the Father has reconciled himself to us and no longer holds our trespasses against us. It is this good news we share, believe and are willing to suffer and die for. The world which rejects us can only affect our short period of time on earth in our body. The God, the Messiah who accepts us, effects our whole being and for eternity.

Heavenly Father, you saw our sore plight and sent your Son Jesus Christ with your word so that we could be saved from it. He saw our plight and sends men with the good news of the kingdom of heaven so we may liven and reign with him there. Grant us ears that hear and hearts that will believe and remain true to this message until Christ Jesus reveals himself again to us on Judgment Day. In Jesus’ name we pray. Amen.