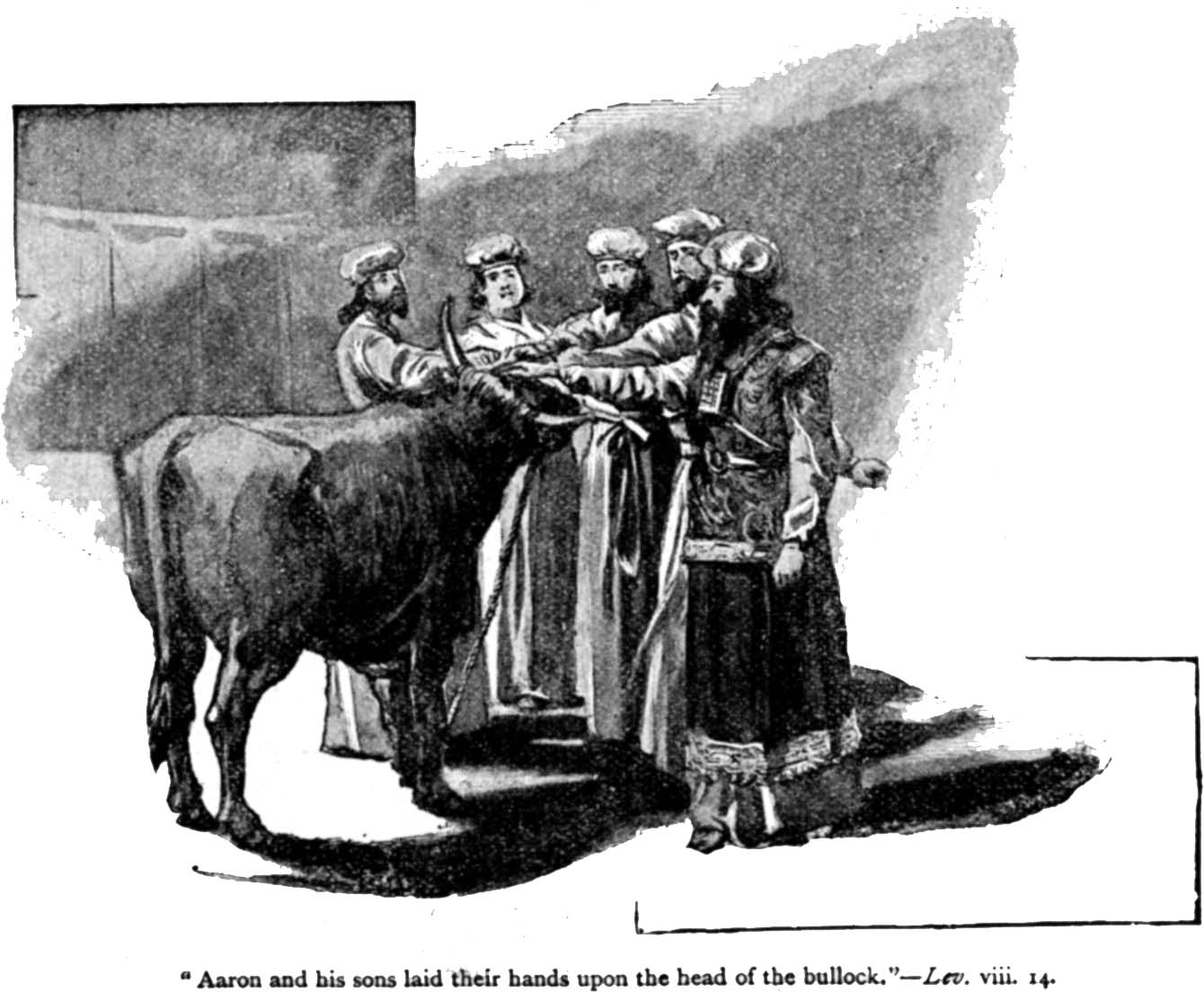 #DailyDevotion Is The Blood Of The Covenant On You

Exodus 248Then Moses took the blood and threw it over the people, saying: “Here is the blood of the covenant the LORD made with you on the basis of all He said here.” 9Moses went up with Aaron, Nadab, Abihu, and 70 elders of Israel. 10They saw the God of Israel, and under His feet there was a kind of pavement of sapphire as clear as the sky. 11God didn’t hurt the leaders of Israel while they had a vision of Him and ate and drank.

The blood Moses was throwing on the people is also the blood he had thrown upon the altar the animals were sacrificed upon. Such sprinkling of blood was binding the Israelites to God and God to the Israelites. In effect they became blood brothers in our parlance today. To break the covenant would in effect be saying, “Let my blood be poured out like these animals if I break this covenant.”


Moses and the 70 elders and several of the other leaders appeared before the LORD, the God of Israel and ate and drank. No doubt they were eating one of the bulls they had sacrificed. The LORD’s portion was the whole burnt offering. Eating with one another on this occasion meant they were in communion with each other, with God and God with them.

The God of Israel appeared before them in a vision and under his feet was a kind of pavement of sapphire clear as the sky. This is very similar to the vision John had of the Lord in Revelation. Things are often clear before God, often things we don’t think of as clear, like gold. I imagine this is because nothing is hidden from God. The LORD did not harm them during this time. They were in communion with one another.

As Israel was made one with the LORD by the blood of a bull, so too we are made one with the LORD Jesus Christ by the shedding of his blood. His blood is sprinkled upon us when we are baptized. His blood is poured out upon us when the pastor pronounces absolution. His body and blood are given us to eat and drink in his supper even as the Israelite elders ate the bull and drank, most likely, wine. Through these means the LORD Jesus Christ brings us, Jews and Gentiles into fellowship with him in the New Covenant promised in Jeremiah and Ezekiel. We become one body, one blood, one Spirit with the LORD God of Israel—Jesus of Nazareth.

Gracious God and Father, even as you had bound yourself to Israel by the blood of the bull, you have now bound all your elect to yourself through the blood of your Son Jesus Christ. Grant us faith in Christ that we may we participants in his body and blood and receive his Spirit. In Jesus’ name we pray. Amen.