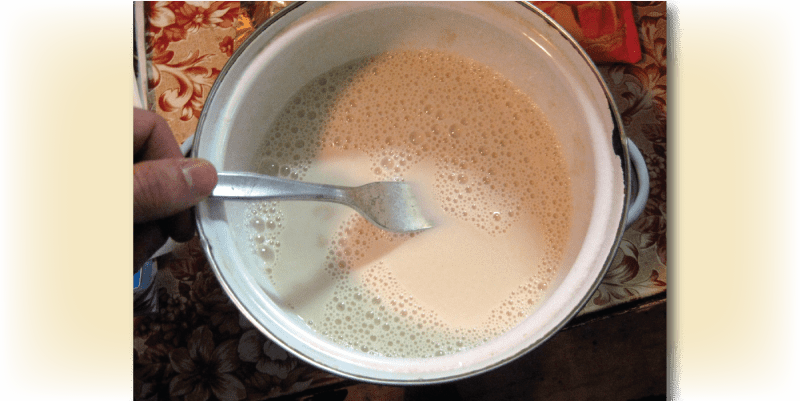 1 Corinthians 5:6b–8 6It isn’t good for you to feel proud. Don’t you know a little yeast ferments the whole dough? 7Get rid of the old yeast in order to be a new dough, as you are really free from the old yeast, because our Passover Lamb was sacrificed; it is Christ. 8Let us, then, celebrate our festival, not with old yeast, not with any yeast of vice and wickedness, but with the bread of purity and truth that has no yeast.

The context of this passage is, that is what they are proud about, is a man married his father’s wife. It is not clear whether the woman was his mother or stepmother. Nevertheless this is not a good thing in the eyes of God. The Corinthian congregation was proud about this act when they should have been ashamed. They probably thought they were doing the loving thing and the man was doing the loving thing. Yet God thoughts are not our thoughts and his ways are higher than our ways. It was written in the Law, Deut. 2230“A man shouldn’t marry his father’s wife; he shouldn’t have intercourse with her who belongs to his father” Under the Law, the man and woman would be stoned to death. While the Corinthians as Christians are no longer under the Law, i.e. the Torah because we live under the New Testament, the moral imperative of not marrying your father’s wife still stands as much as, “You shall have no other gods, don’t misuse the Lord’s name, honor your father and mother, don’t kill, don’t commit adultery, don’t steal, don’t lie, don’t covet, etc.”.

We have many in the Church today who have fallen under the spell of the same spirit that was influencing the Corinthians. They use the excuse of love to permit sin. The New Testament does not permit sin under love. The New Testament rebukes sin, calls sinners to repent, and forgives the sins committed. Yet, despite the clear word of God, under the guise of “love” denominations, pastors and Christians condone homosexuality, adultery, divorce, abortion and a hosts of other sexual immoral sins.

Which I guess just proves Paul’s point, “a little yeast ferments the whole dough.” Once the Church permits, condones and is proud about a sin because of “love,” that sin permeates the Church and makes it utterly sinful allowing other sins to morph into approved actions because of “love.” But what does Paul say? “Get rid of that old dough.” That old dough with the yeasts of sin is our old way of life under the influence of the spirit of this fallen world.

We are “to be a new dough, as you are really free from the old yeast, because our Passover Lamb was sacrificed.” Since Christ has been sacrificed for us so death may Passover us, we are called to be that unleavened bread of Christ body. We are called to be his body in purity and truth. Our lives are called to holy because Christ is holy. He has saved us from our old way of life. We, by the power of the forgiveness of sins for Christ’s sake, have overcome sin, death and the power of the devil. We have been given the Holy Spirit and are under his influence now. The devil may try to trick us by thinking mercy and love is allowing sin. But mercy and love call for people to repent of their sins, confess their actions as sins and then receive the mercy and love of God in Christ Jesus.

Heavenly Father, guide us always by your Holy Spirit and may we be faithful to call people to repentance so we may give your mercy, kindness and love to them in Jesus’ name. In Jesus’ name we pray. Amen.