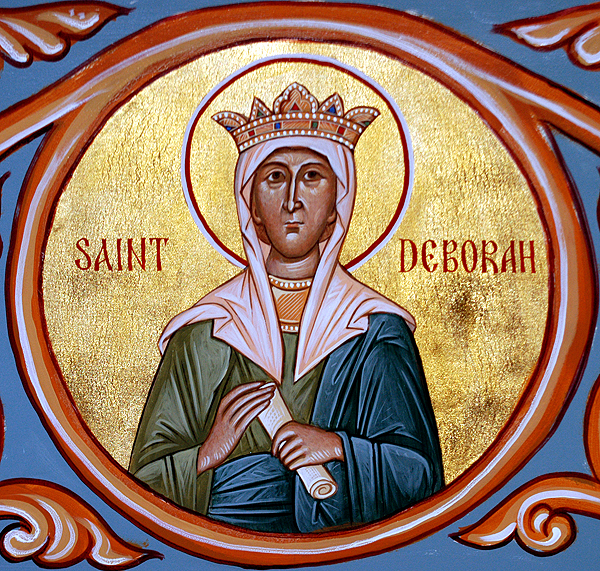 #DailyDevotion If Men Don’t Do Their Responsibility He Will Raise Up Women To Do It, To Their Shame

Jdg 4:4-9  Now Deborah, a prophetess, the wife of Lappidoth, was judging Israel at that time.  (5)  She used to sit under the palm of Deborah between Ramah and Bethel in the hill country of Ephraim, and the people of Israel came up to her for judgment.  (6)  She sent and summoned Barak the son of Abinoam from Kedesh-naphtali and said to him, “Has not the LORD, the God of Israel, commanded you, ‘Go, gather your men at Mount Tabor, taking 10,000 from the people of Naphtali and the people of Zebulun.  (7)  And I will draw out Sisera, the general of Jabin’s army, to meet you by the river Kishon with his chariots and his troops, and I will give him into your hand’?”  (8)  Barak said to her, “If you will go with me, I will go, but if you will not go with me, I will not go.”  (9)  And she said, “I will surely go with you. Nevertheless, the road on which you are going will not lead to your glory, for the LORD will sell Sisera into the hand of a woman.” Then Deborah arose and went with Barak to Kedesh.

Isa 3:11-12  Woe to the wicked! It shall be ill with him, for what his hands have dealt out shall be done to him.  (12)  My people—infants are their oppressors, and women rule over them. O my people, your guides mislead you and they have swallowed up the course of your paths.

Sure it may sounds sexist or misogynistic but the fact is, it is a shame for women to rule over men.  At least it is shameful for the men.  The people of Israel had rejected the Lord again and the Lord had placed over them as judge Deborah.  The Lord gave her the gift of prophecy so she could fulfill this vocation.  As judge she calls the general of the armies of Israel to go and make battle against Sisera who was oppressing them.

Now Barak, while believing and obeying the command of Deborah refuses to go unless she is with him.  Her promise from the Lord is not enough. He needs her presence to go into battle.  This is not lost on Deborah.  Because of this, she and the Lord will not hand Sisera over to Barak in victory.  Barak will win the victory in battle but the ultimate victory will fall into the hands of another woman Jael. Jdg 4:21  “But Jael the wife of Heber took a tent peg, and took a hammer in her hand. Then she went softly to him and drove the peg into his temple until it went down into the ground while he was lying fast asleep from weariness. So he died.”

God has ordained that the responsibility of headship belongs to men.  If men will not step up to their responsibility and lead as the Lord has intended the Lord can lift up women to do what men refuse to do.  We remember it was the women who stayed with Jesus at the cross (excepting John), it was women who went to the tomb and it was women who first proclaimed the good news of the resurrection.  Why?  Because the power of God’s Word is not dependent upon the strength of men, reason, wisdom, nor anything else in all creation.  Its power is in itself and He can choose the weakest of vessels 1 Pet. 3:7 (and often prefers that to demonstrate His might) to accomplish His purposes.

Indeed it is only we are at our weakest point, when we are powerless that the power of the Gospel does its greatest work on us.  When we are utterly defeated by sin, death and the devil, the good news of the free gift of salvation on account of Christ brings us the ultimate victory, life and salvation.

Lord Jesus Christ, we pray that those who have been given the responsibility of headship would rise to the occasion trusting in your promises.  Never-the-less, in our weakness may we ever trust in your divine promises and live our life according to them. Amen.