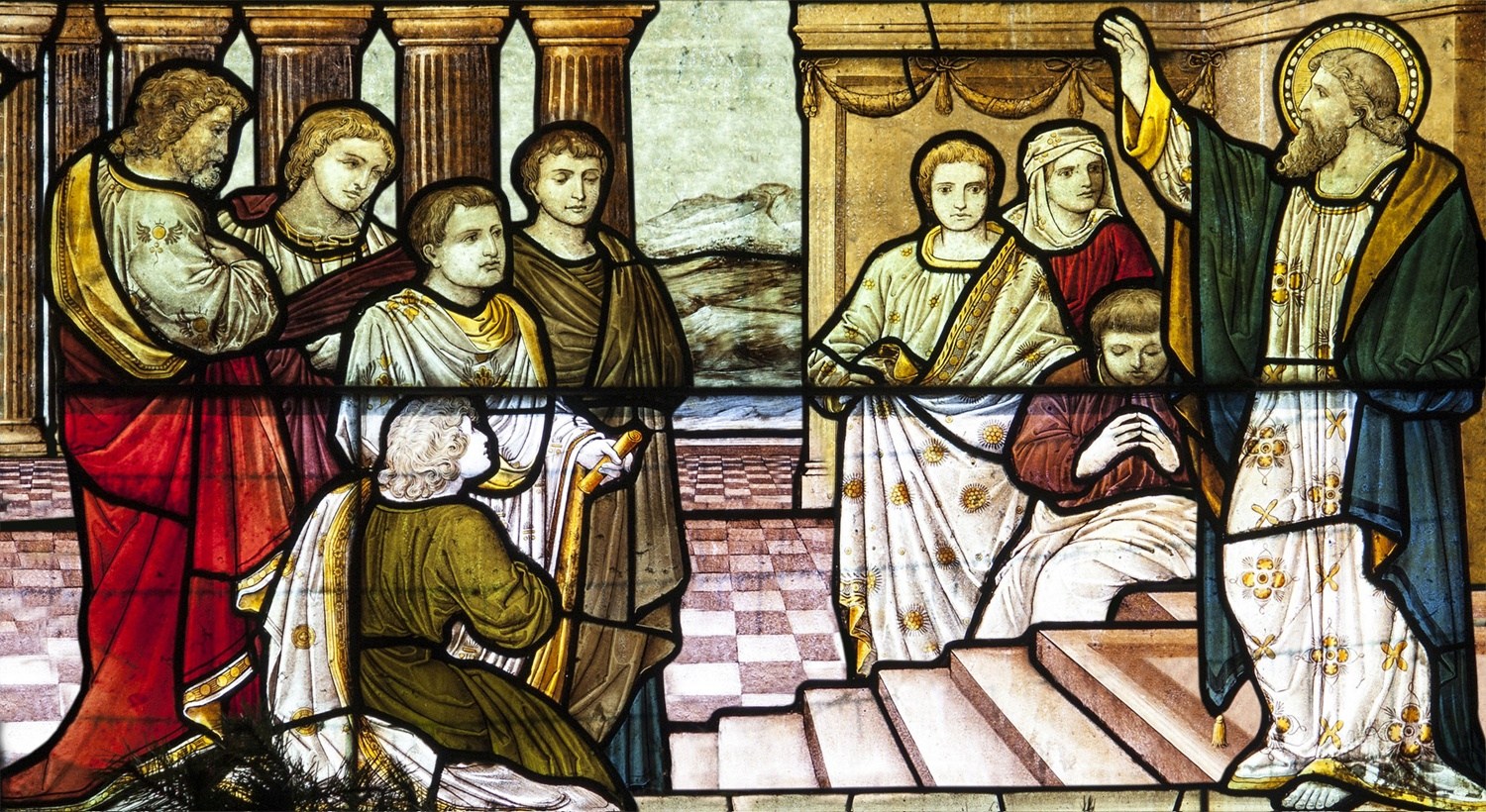 #DailyDevotion God’s Word Must Not Be Hindered

Acts 6 In those days, as the number of the disciples grew larger and larger, a complaint was brought against those who spoke Aramaic by those who spoke Greek that every day, when the food was handed out, their widows were being neglected. 2The twelve called the whole group of disciples together and said, “No one likes it if we give up teaching God’s Word and serve at tables. 3Now, fellow disciples, appoint seven men among you whom people speak well of, who are full of the Spirit and wisdom, and we’ll put them in charge of this work. 4Then we’ll devote ourselves to praying and to serving by speaking the Word.” 5The whole group liked the idea. So they chose Stephen, a man full of faith and of the Holy Spirit, Philip, Prochorus, Nicanor, Timon, Parmenas, and Nicolaus (who had become a Jew in Antioch). 6They had these men stand before the apostles, who prayed and laid their hands on them. 7God’s Word kept on spreading, and the number of disciples in Jerusalem was getting very large. Even a large crowd of the priests came to believe and obey the Word.

Well it was trouble in paradise.  The commune system was not working out. The Greek speaking widows were being neglected but the Aramaic ones were not. Now that didn’t seem fair. Remember they were in Jerusalem where the native Jews spoke Aramaic and the foreign Jews spoke Greek. Well something had to be done. The apostles were correct in saying, “No one likes it if we give up teaching God’s Word and serve at tables.” The office of the Holy Ministry is not about making coffee, cleaning the bathroom or making up bulletins. It is about preaching and teaching God’s Word and administering the sacraments. The pastor’s job should be devoted to these two things.

So the apostles invented the diaconate, people who assist them in taking care of the poor, the widows and the orphans in their distress. Now some think these people were not placed in the office of the Holy Ministry and others do. Depending on the circumstances I’ve seen the same author say both! But from what follows later it would appear they were in the office for we see them preaching, teaching and administering the sacrament. It would seem taking care of those in need from the common purse is part of the office as well. But the apostles would dedicate most of their time to prayer and the teaching of the Word. The Diaconate would spend most of their time in taking care of physical needs of those in need while still at times preach, teach and administer the sacraments.

So we see the qualifications the apostles set forth, men who were full of the Spirit and wisdom. The disciples chose these seven men and put them before the apostles. The apostles prayed for them and laid hands on them to set them apart and to recognize their being put in this office. And so it is to this day. The Church selects men they think are full of the Holy Spirit and wisdom. Those already in the Office then pray for them and lay hands on them. We call this ordination. Once in the office they are to be about the business of prayer, teaching and preaching the word, administering the sacraments, and providing for those in distress from the common purse. If one of these duties is too much for one pastor in one place the congregation calls another man to assist him in his duties. As it is, the word kept spreading and people came to faith, even many of priests who didn’t formerly believe in the resurrection. The Church will continue to grow until Christ returns.

Heavenly Father, always send forth men from our midst full of the Spirit and wisdom so the Word of Christ gets taught and those in need get taken care of. In Jesus’ name we pray. Amen.

Thank you and blessings to your congregation.