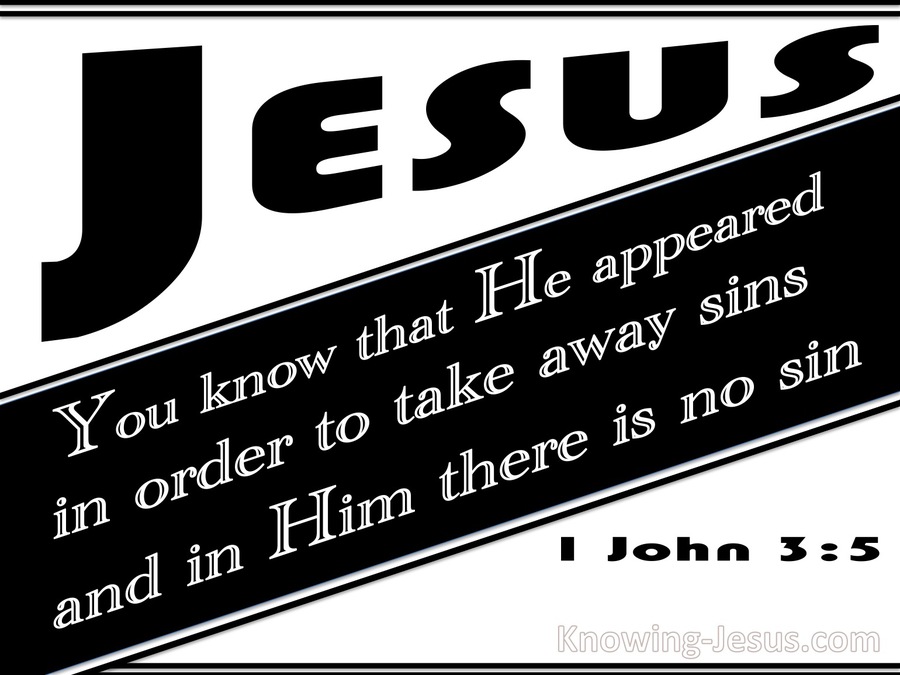 #DailyDevotion For Whose Sake Do We Live? Sin Or Jesus?

1 John 3:4-7 4Everyone who sins breaks the Law. Sin is breaking the Law. 5And you know He appeared in order to take away our sins. There is no sin in Him. 6Anyone who stays in Him doesn’t sin. Anyone who sins hasn’t seen or known Him. 7Children, don’t let anyone deceive you. Whoever does right is righteous as He is righteous.

Now I have to say he knows Greek better than I do. What he is doing here is translating the participle of “to do” as “for the sake of.” Other translators translate it as “practice” or “make a practice of.” The translator of the AAT, our translation, makes the participles as active verbs which does make it seem a bit sharper. I think “for the sake of” though does carries John’s thinking in his epistle. How does it help us understand what John is saying?

“For the sake of” requires a certain mindset that should not be in Christians. We have been born from above.  Our minds have been renewed and made captive to the Holy Spirit. Paul would say we are no longer walking according to the flesh but according to the Spirit. Both Paul and John recognize we are still going to sin. That sin still is breaking the law but as Paul says in Romans 7, we don’t want to do it. People who live for the sake of sin want to commit the sin, live for the sin and are not repentant of it.

As in Chapter one of this epistle where John saves us from our despair by reminding us we have and advocate, here he reminds us, “He appeared in order to take away our sins.” The Baptist point to Jesus and says, “Look at the Lamb of God Who takes away the sin of the world.” Hebrews writes, Heb 9: 26“He appeared only once at the end of the ages to get rid of sin by His sacrifice.” Peter writes, 24“He carried our sins in His body to the cross so that we’ll die to sin and live for righteousness.”

Having been delivered from our sins we live for the sake of Jesus Christ and his righteousness. Jesus tells us, Joh 15, 4“Stay in Me, and I will stay in you. A branch can’t bear any fruit by itself unless it remains on the vine. Neither can you if you don’t stay in Me. 5I am the Vine; you are the branches. If you stay in Me and I in you, you will bear much fruit, for without Me you can do nothing.” John writes, 1Jn 3, 3“He orders us to believe in the name of His Son Jesus Christ and to love one another as He has ordered us to do. 24Anyone who keeps His commandments lives in God and God in him. And this is how we know He lives in us: by the Spirit Whom He has given us.” Living for the sake of righteousness is trusting in name of Jesus and loving our fellow Christians in word and deed.

Heavenly Father, grant that by your grace we may live for the sake of righteousness and not for the sake of sin, so we may bear much fruit according to your will in Jesus Christ. In Jesus’ name we pray. Amen.