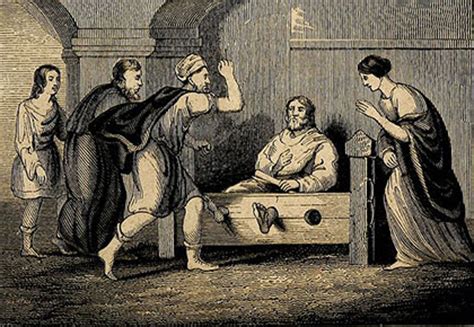 #DailyDevotion Ever Feel Abandoned By God?

Jeremiah 207LORD, You have misled me and I let You mislead me. You grabbed me and conquered me. I’ve been a joke all day long. Everyone mocks me. 8Whenever I talk I have to cry out, calling, “Violence and destruction!” Speaking the Word of the LORD has brought me only disgrace and mockery all day long. 9When I think I will not mention Him and say no more in His name, then His Word is in my heart like a burning fire, shut up in my bones. I try hard to hold it in but in vain –I can’t do it.

These words from the prophet Jeremiah come after he was imprisoned by a high official, in Jerusalem because of the word of the LORD given him to proclaim. That word of the LORD given him to speak was death and destruction to Jerusalem and all its inhabitants. The LORD was warning them to repent of their unfaithfulness to him. As a reward for being faithful to the LORD’s word Jeremiah is thrown into prison on the charge of treason. Having been let out of prison Jeremiah prays this prayer.

It is a psalm of lament. It is probably kind of shocking to hear a prophet of the LORD to pray in such a way. If you heard a fellow Christian say such things you may try to shush them, but don’t. Jeremiah’s prayer of lament is a prayer of faith. He is talking to the LORD God whom he believes in. He’s bringing his complaint to the only one who can do something about his plight. Some people may say, “There’s no use in complaining. No one wants to listen to it.” Yet the LORD our God, Jesus Christ does want us to come through him to the Father to hear our complaints. He is glorified in them.

Jeremiah says, “LORD, You have misled me and I let You mislead me.” Seriously, how had the LORD mislead Jeremiah? Well he really hadn’t. However, Jeremiah maybe wasn’t looking at his call as a prophet but a child of Abraham. Perhaps he thought because of the covenant promises these bad things shouldn’t be happening to him. Many Christians often get the wrong idea that if they follow Jesus and believe in him, everything will be honkey dory in life. Then like Jeremiah everything goes wrong. Yet the LORD Jesus Christ’s promise still avails, he is with us always in everything he brings us through. Jesus promised us a cross. The LORD had told Jeremiah when he called him in chapter one, 17“But you get ready for action. Tell them everything I order you to say. Don’t let them terrify you, or I will terrify you in their presence. 18 Today I make you a fortified city, an iron pillar, and a bronze wall to stand against the whole country, against Judah’s kings and officials, priests and people. 19 They will fight against you but will win no victory over you, because I’m with you to rescue you.”

Jeremiah was indeed mocked and ridiculed on every side. He was opposed violently for the LORD’s word. He apparently at times tried not to speak the word of the LORD but it burned within him. Jeremiah could not hold it in. He had to speak the LORD’s word even if it meant disgrace and mockery from all sides. Jeremiah would endure much because of it. Many faithful pastors often feel this way. They have a word from the LORD. It’s right there in the lectionary readings assigned for the Sunday they preach. It will accuse members of his flock, powerful and influential people. They will be offended by his calls to repentance for their sins. They will speak behind their backs, stir up dissention and try to have the pastor removed from office. Sometimes they succeed. Yet the man of God needs to remember the LORD Jesus is with him and will bless him for his faithfulness. Sometimes perhaps you think the LORD Jesus has abandoned you. You may wonder why he lets you go through the difficult, most painful times. Yet we forget Jesus promised us a cross. When you feel abandoned and lied to cry out with faith like Jeremiah. The LORD Jesus hears and answers you.

Heavenly Father, it often feels like you have abandoned us and oppose us. Give us faith to turn our complaint to you and hear us. Grant us strength to be faithful to Jesus in all our afflictions. In Jesus’ name we pray. Amen.