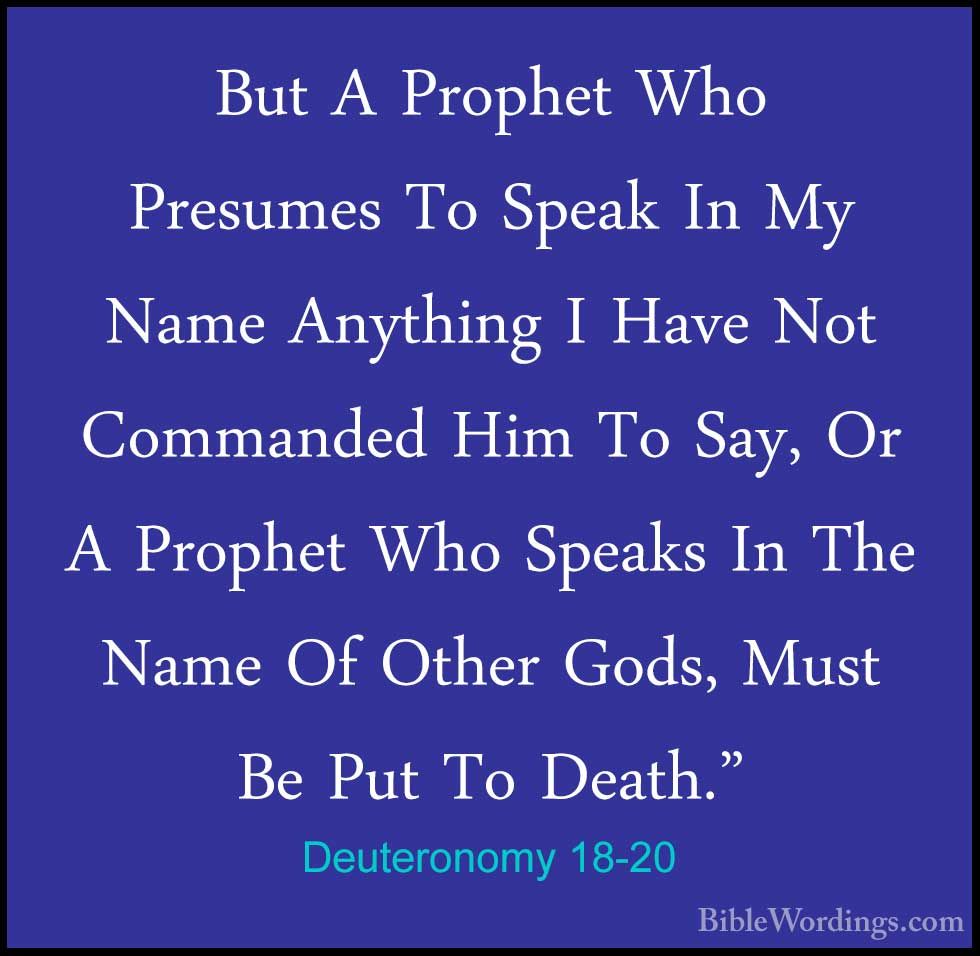 Deuteronomy 1820“But the prophet who is so brazen as to say something for Me I didn’t order him to say or who speaks for other gods, that prophet must die…22If a prophet speaks for the LORD, but it doesn’t happen or come true, then the LORD didn’t say it. The prophet has been brazen to say it. Don’t be afraid of him.

Freemasonry really has made a mess of the Christian faith, at least in the United States, probably in European countries as well. They may try to deny this but its followers for at least the last two centuries, in their halls and in public teachings have said and taught that all religions are the same. All roads lead to the same God. We should just ignore our differences. Yet, the God of the Bible doesn’t share their point of view. Doctrine, what a Church or religion teaches is important and matters. It is true, all roads lead to God. The question is does that road lead you to the God of grace or of judgment.

False doctrine is so bad that in the Old Testament, the LORD says the false prophet should be killed. Even if a prophet says something will happen and it does and then he leads you to worship other gods, he should be killed. Well in the New Testament we are not called to killed false teachers. Yet we are to point out their false doctrine and to avoid them. Let’s just listen to what the apostle Paul has to say about it:

The apostle John writes, 1 John 4 “Dear friends, don’t believe every spirit, but test the spirits to see if they are from God. Many false prophets have gone out into the world. 2This is how you can recognize God’s Spirit: Every spirit who confesses that Jesus Christ has come in the flesh is from God. 3And any spirit who doesn’t confess this Jesus isn’t from God. This is the spirit of the antichrist which you heard is coming, and here it is already in the world.” Those who teach falsely about Christ, who he is and what he has accomplished in the flesh are antichrists.

False doctrine is like a GPS program that says turn left when you should go right or says both. It won’t lead you where you want to go, which is a merciful God in Christ Jesus. You are responsible for who and what you listen to and read. Stay Lutheran my friends.

Gracious and Merciful Father, you have given us the pure Gospel in the Scriptures and those whom you have sent. Give us a discerning spirit so we may recognize truth from error and follow the Truth to eternal life. In Jesus’ name we pray. Amen.